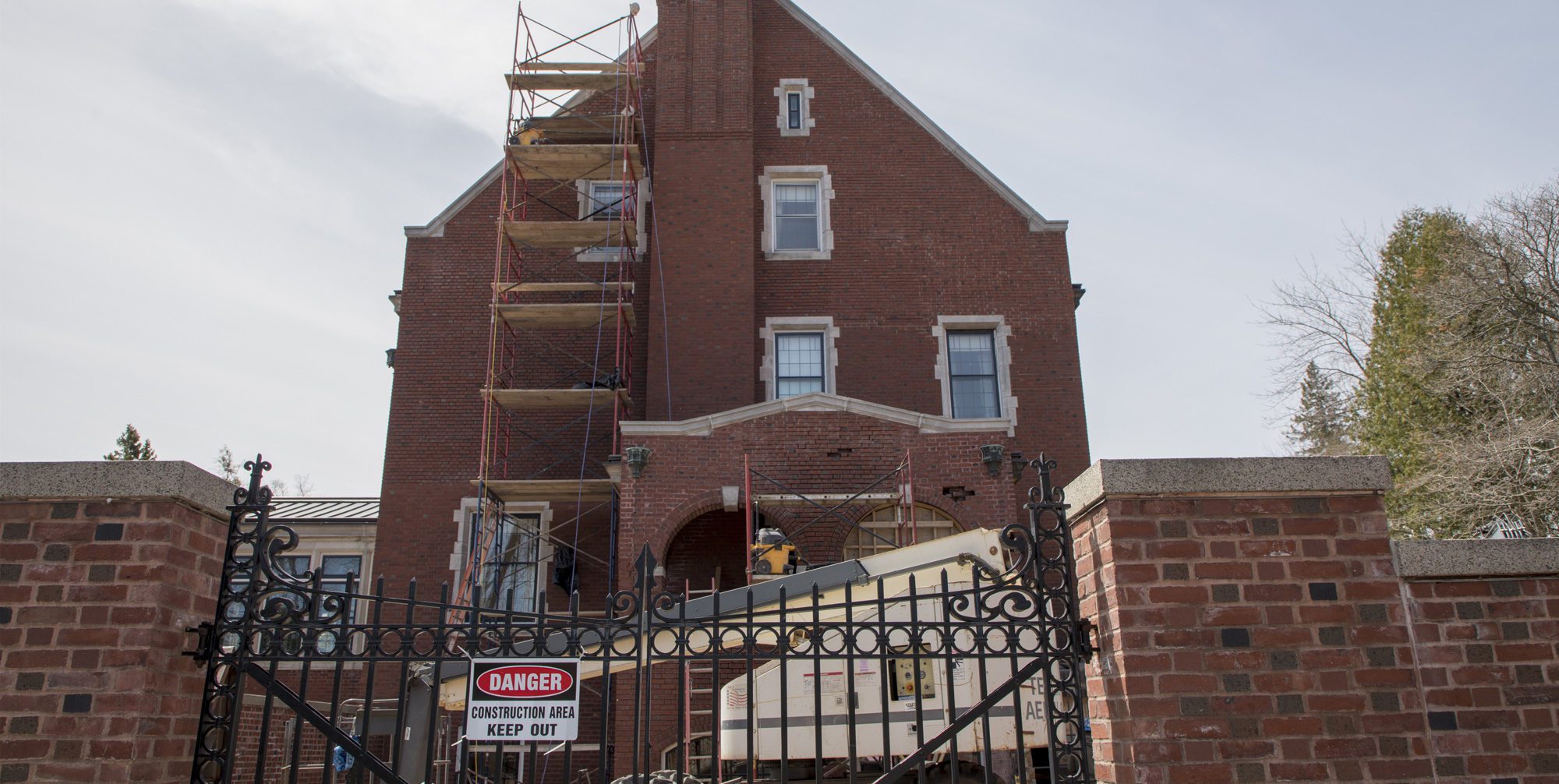 Yep… here is the next one.

So in this week’s update, I am going to cover:

So it is almost done.

So 75% of the east wall of the Mansion has been tuck pointed and several spots on the south wall as well. What is Tuck Pointing? Masons (people who do brick work) scrape out about an inch of the old mortar between the bricks and reinsert new mortar. In many situations this mortar is the first barrier against water getting into the mansion. Having this much done, on a wall of the home, we have had a lot of leaks in the past, is a great start to getting water leakage problems fixed. 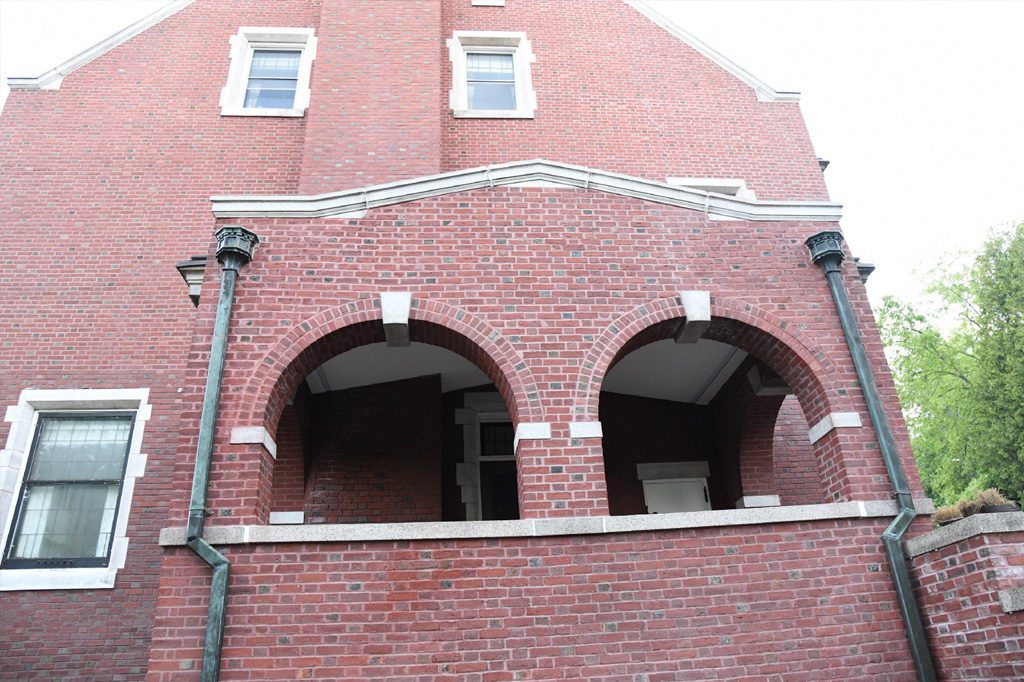 Fixed the Roof of the porch.

Nearly 80% of the structural components of the roof were deteriorated and near collapse because of a past water problem. Now the entire roof is stabilized with new steel beams and a new layer of plaster has been installed on the interior ceiling. NO MORE DROP DOWN CEILING!!! 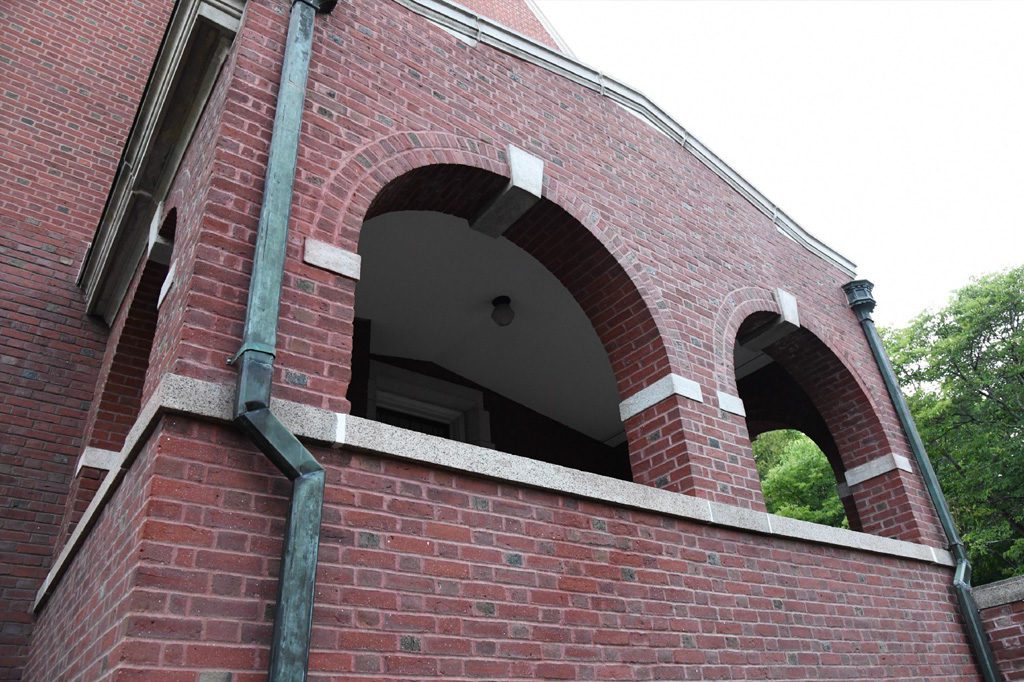 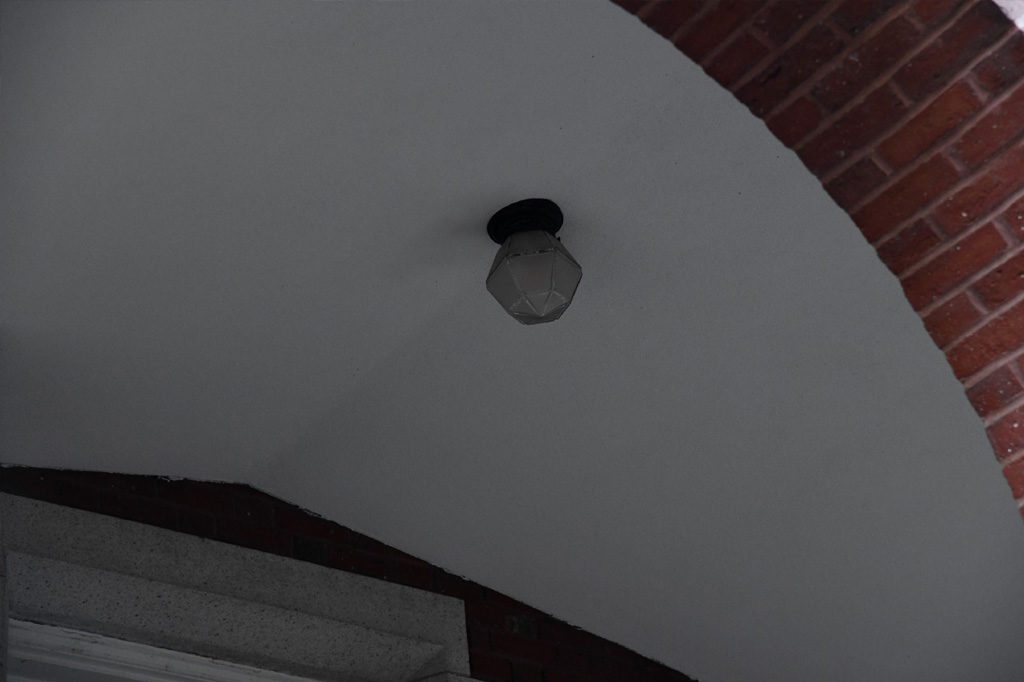 The stairs have had the walls rebuilt with the prior brick that was there. This is painstaking work because you need to take off the prior mortar by hand. The interior of the walls is poured concrete or cinder blocks to build a stronger wall in the long term.

Also all the original Vermont Granite caps and step treads have been put back in place. No more are the walls collapsing in opposite directions. 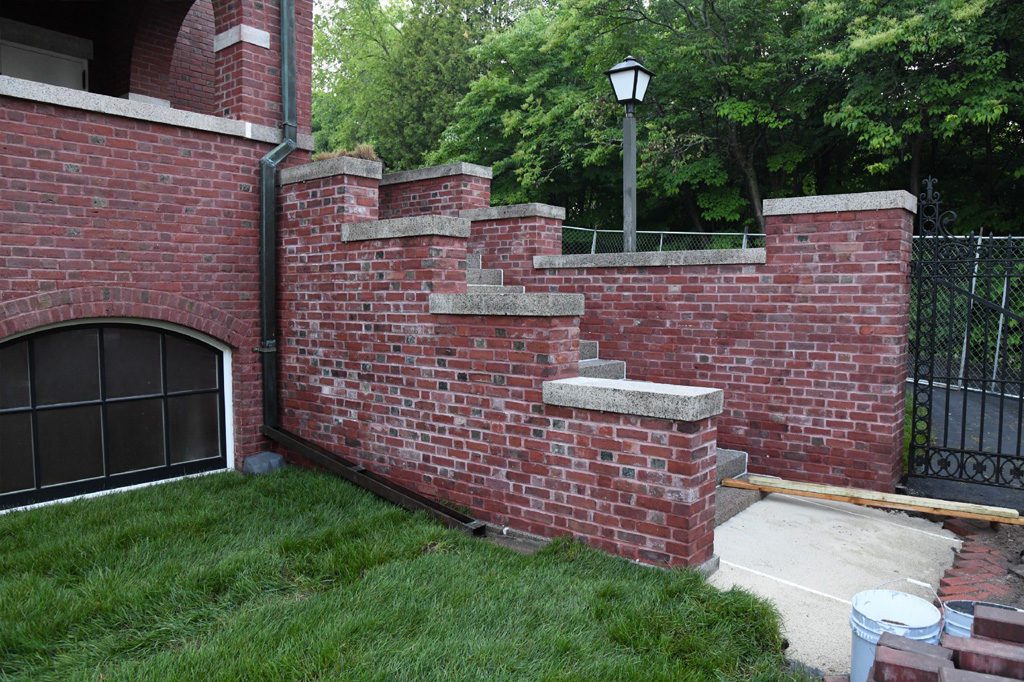 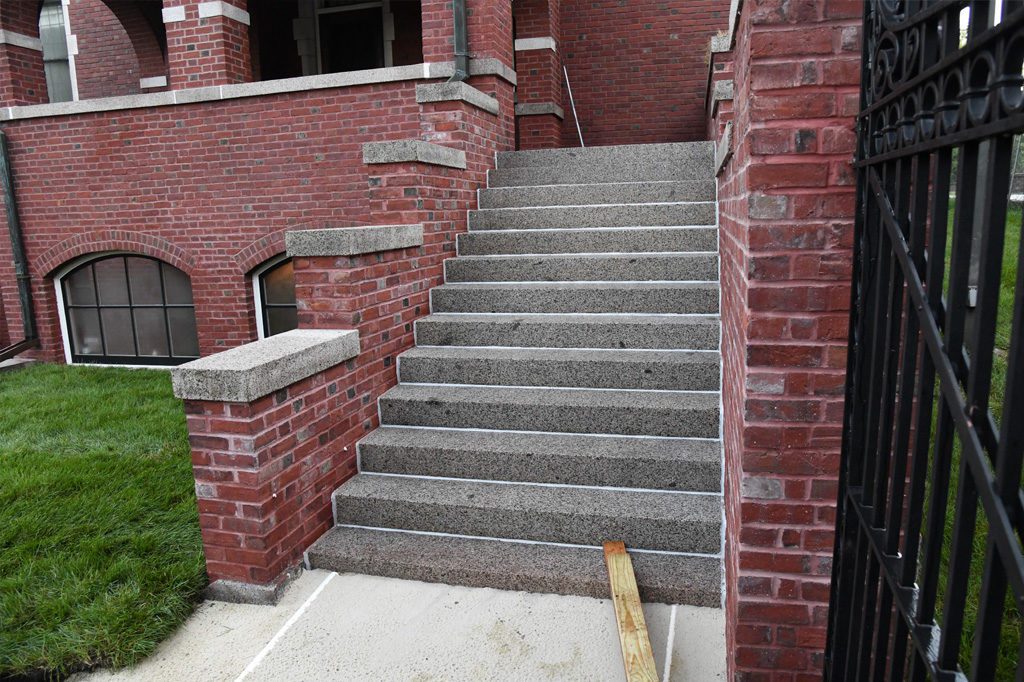 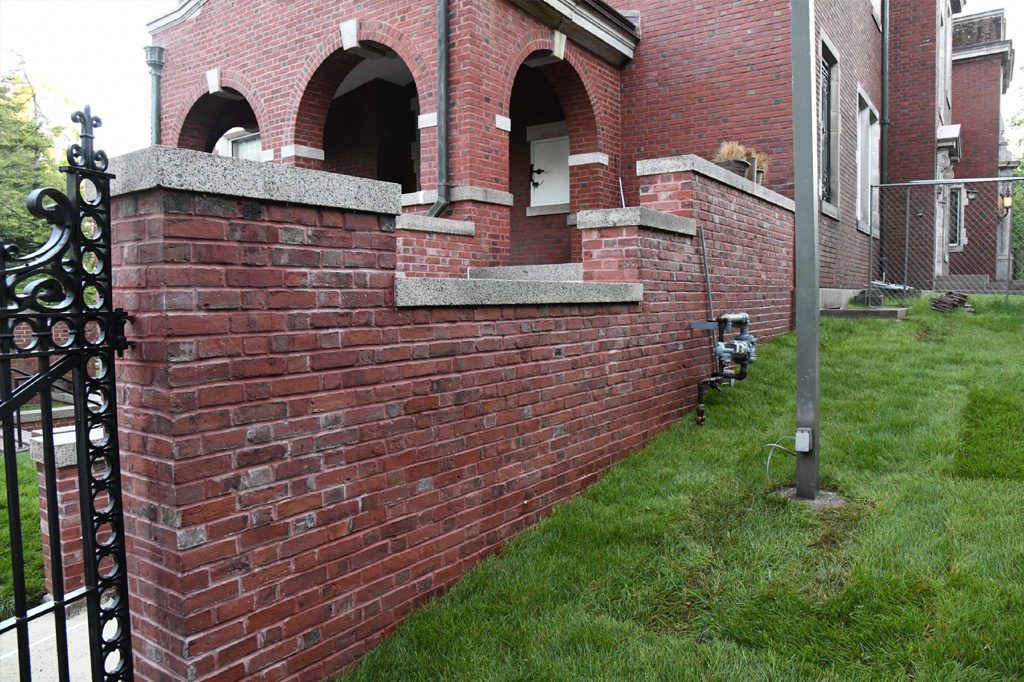 The wall no longer looks to be tipping over.

As you can tell, no more dirty mess on the sides of the path. Now there is new sod. Eventually we want to bring back the electric heated dog house and the servants clothesline. 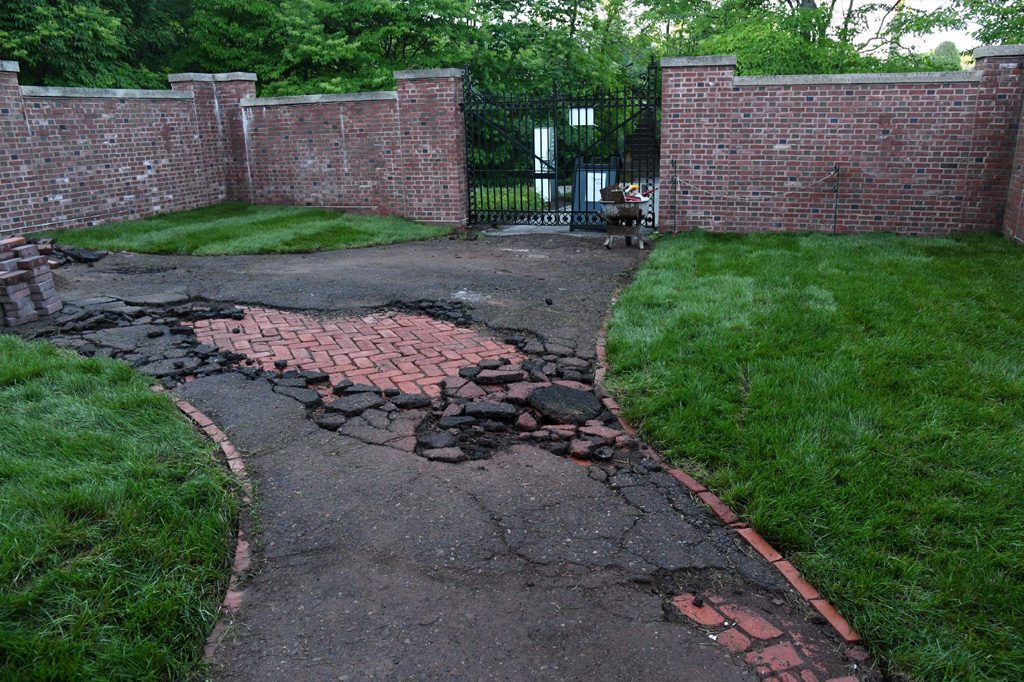 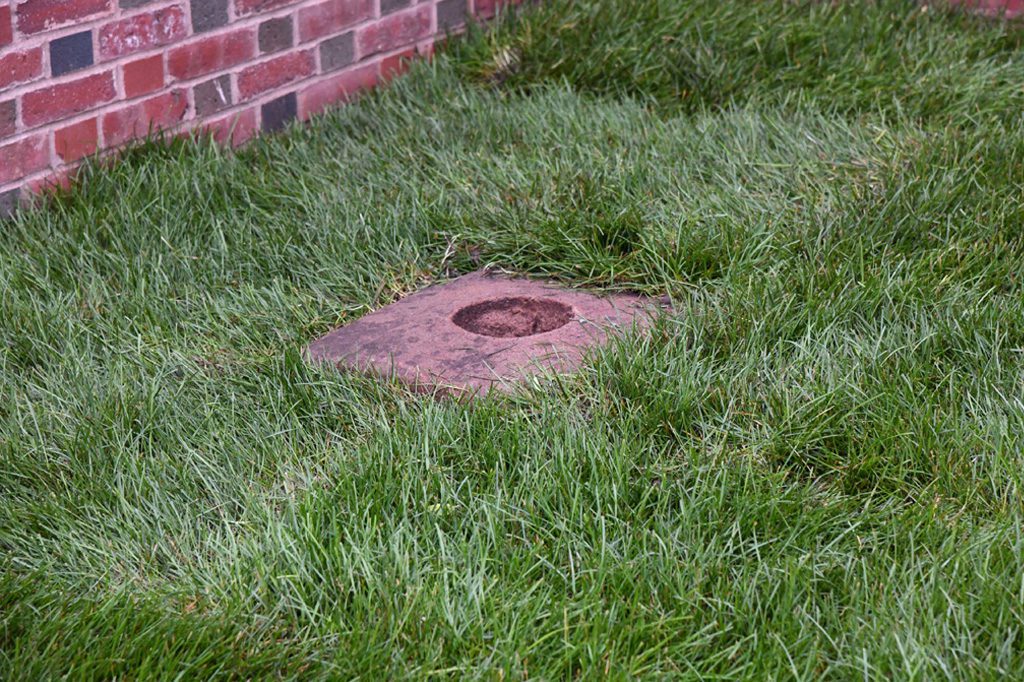 We have removed the ugly green Menards door and sideboards. Now you have the open air mudroom like what would have been there originally. We did keep the windows to help keep from having to shovel every ten minutes in the winter.

Clearly, you can tell this immediately provides a better aesthetic and matches the sight lines of the architects intent. 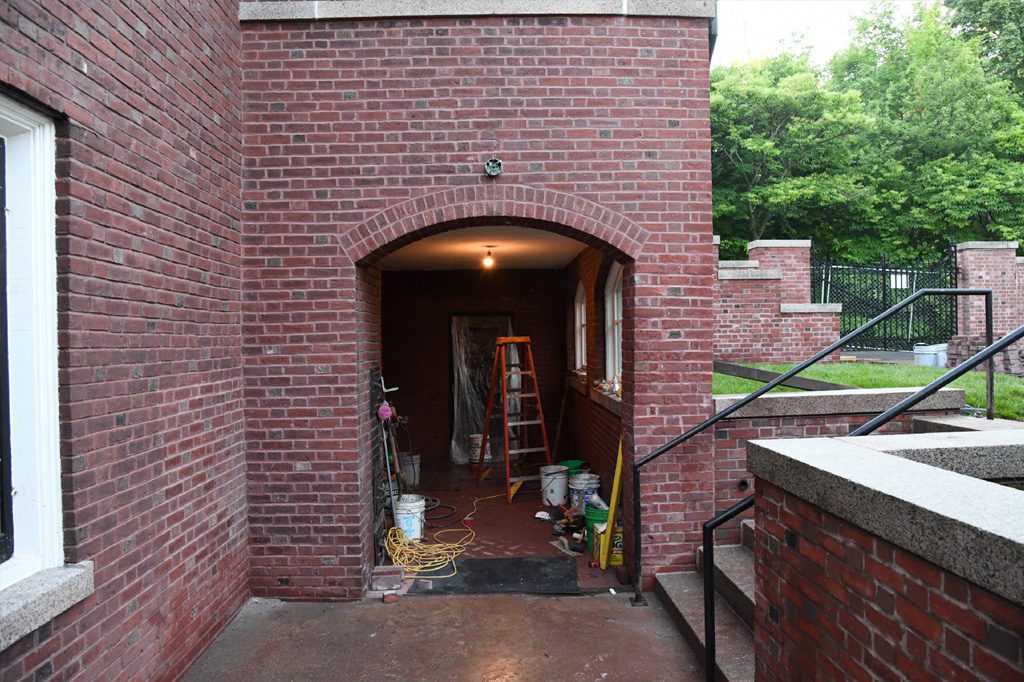 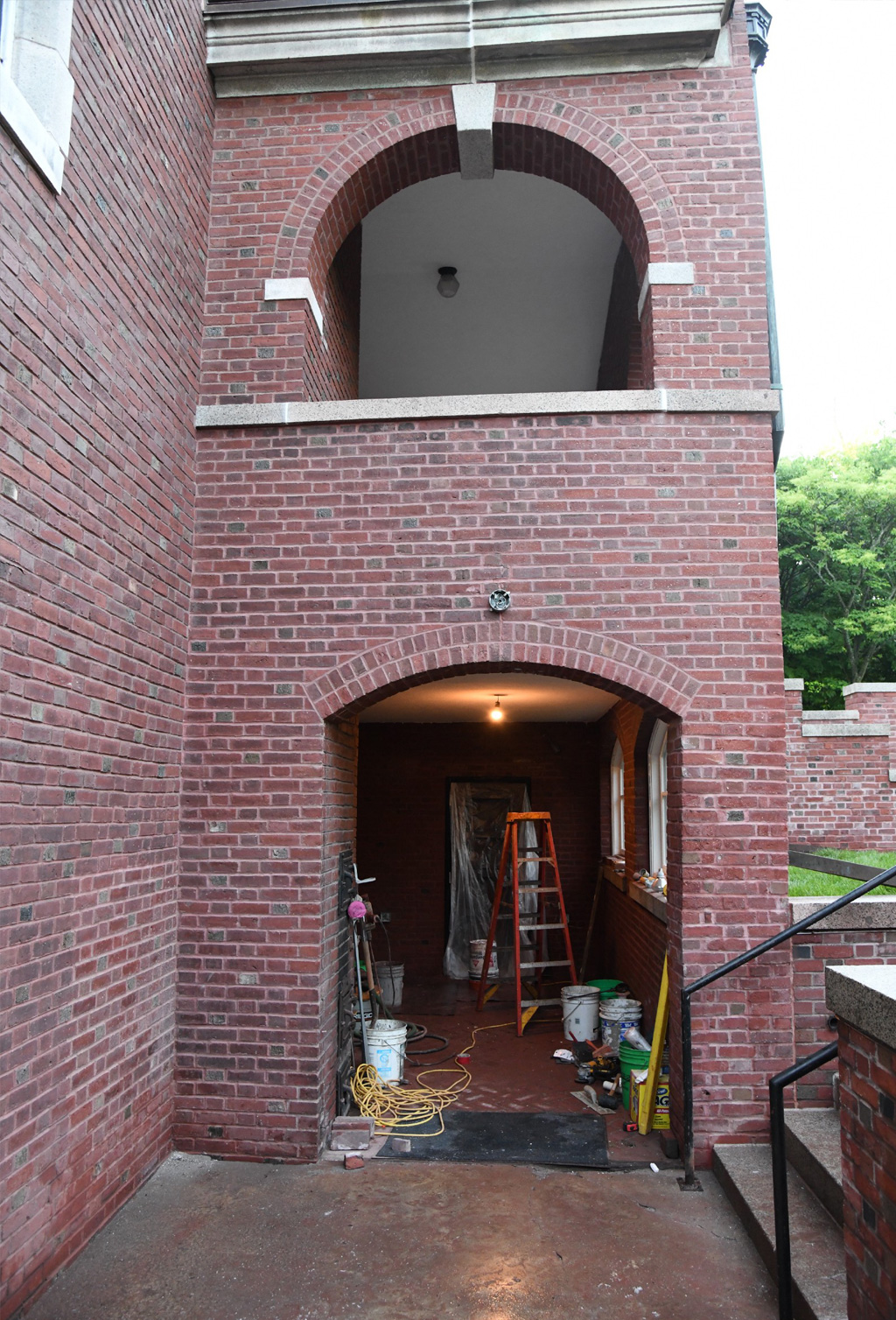 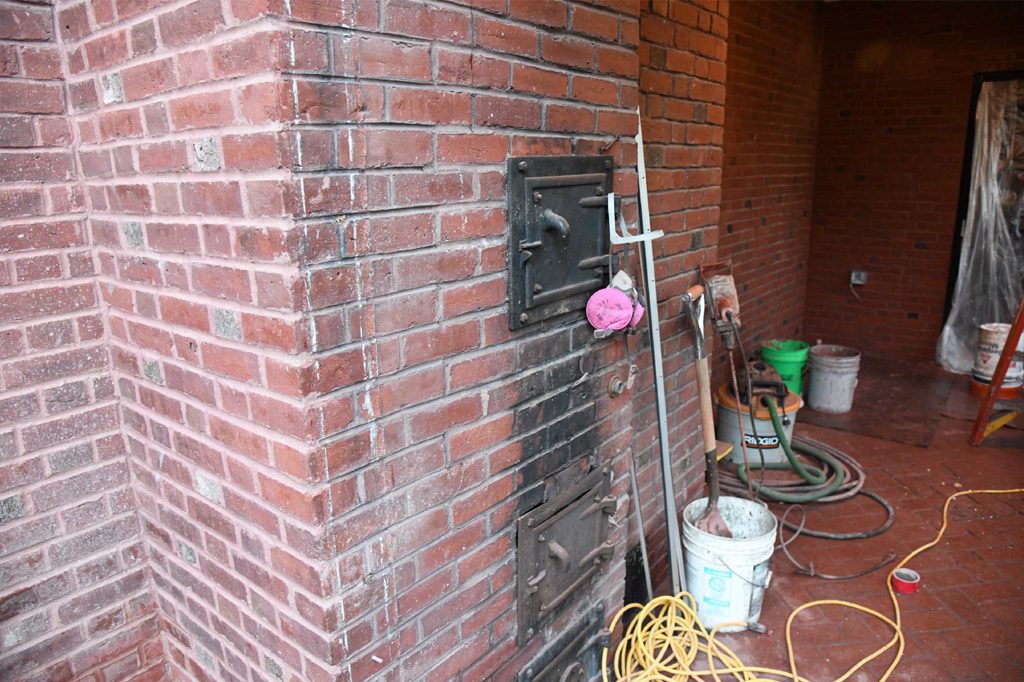 We expect to have everything done in the coming weeks, but as you can tell most of the hard work has been done.