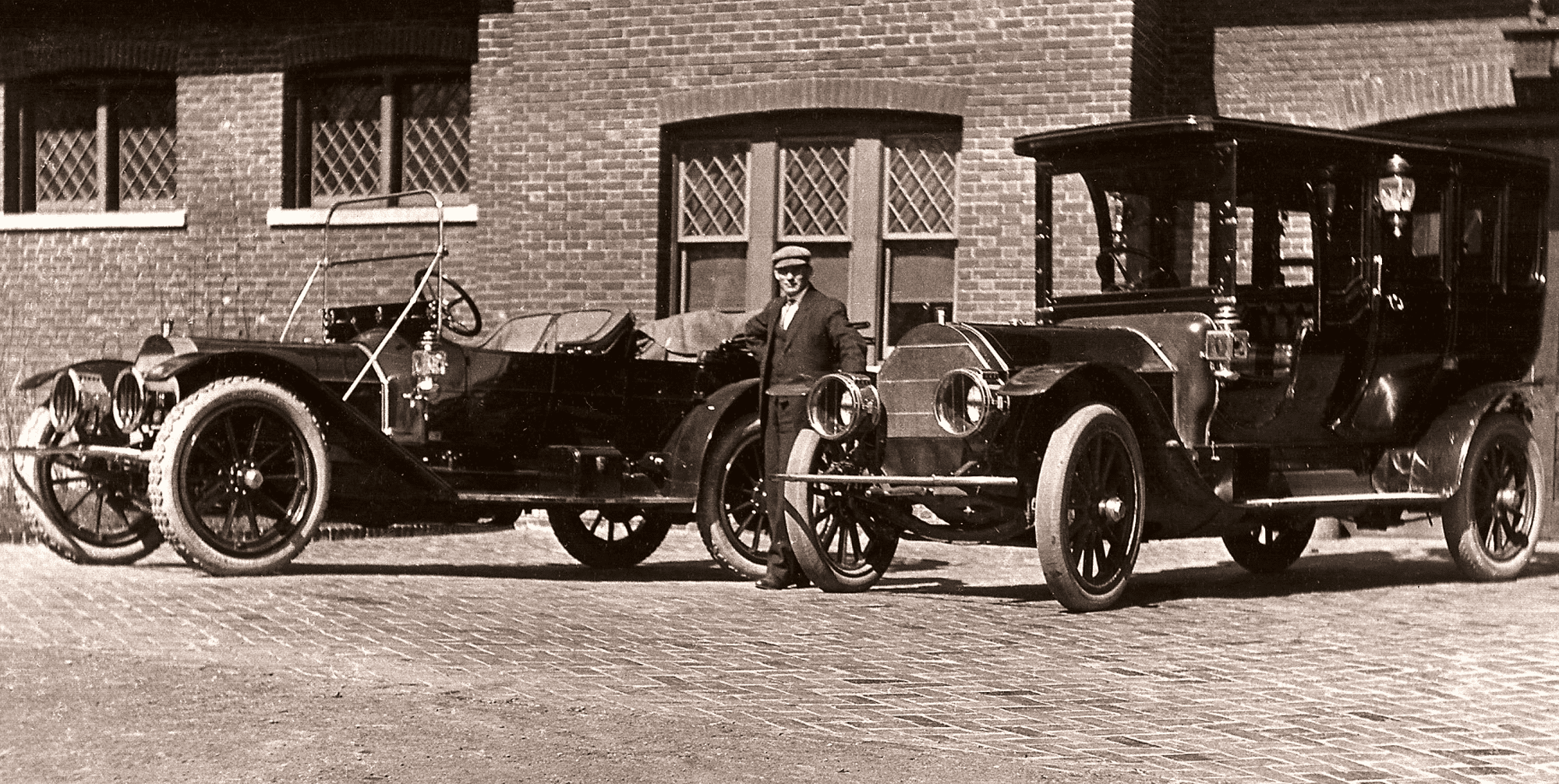 Found in the Diaries

In getting to know Glensheen and her very interesting past, I’ve had cause to delve into Clara Congdon’s diaries. Along the way I’ve found that most of her entries are pretty mundane, everyday stuff. After all she was still a wife and mother and woman of the early 20th century just the same as any other woman at that time.

Then there’s the entries that are just not your everyday Minnesotan. 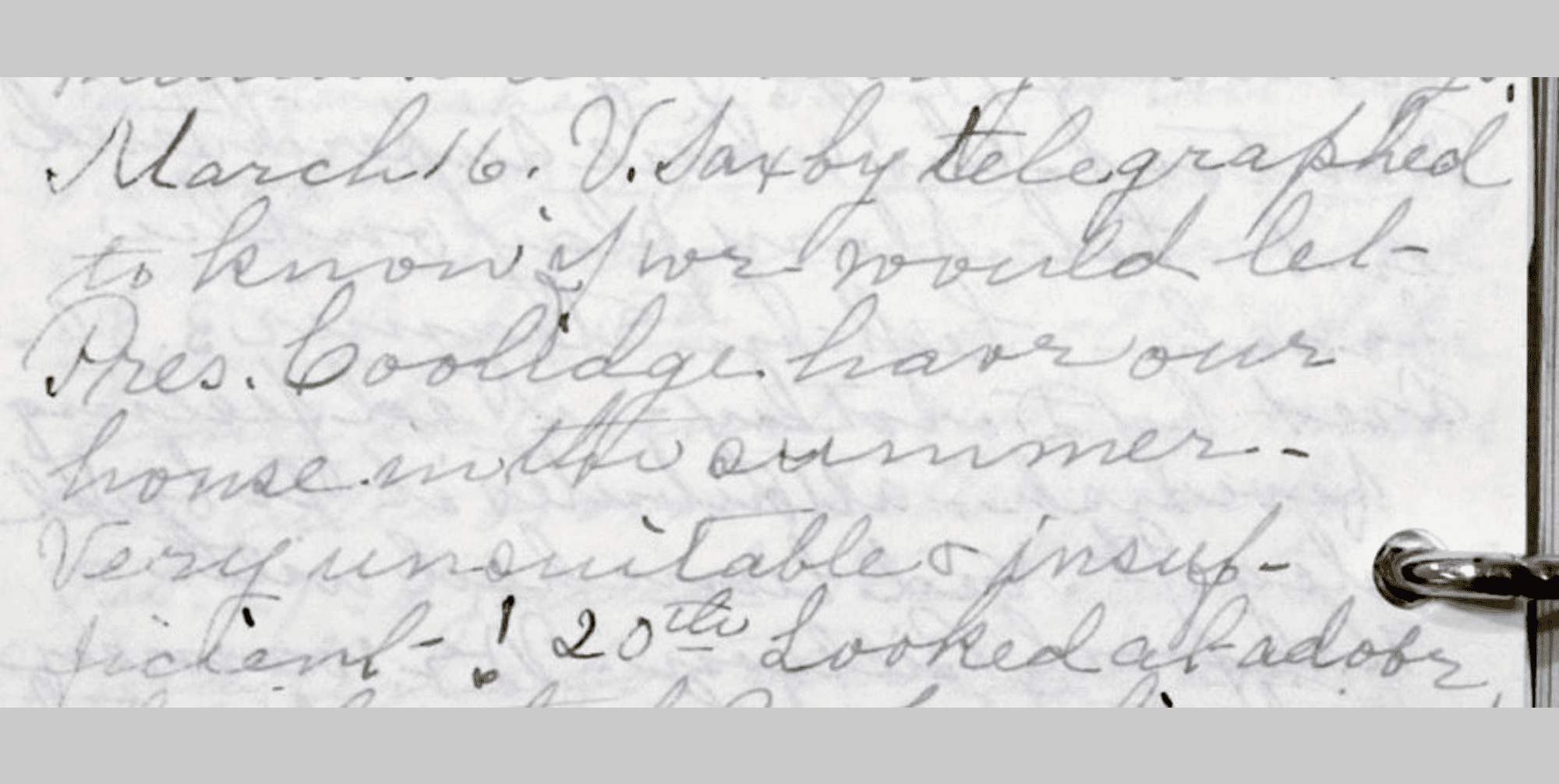 This reads: “March 16. V. Saxby telegraphed to know if we would let Pres. Coolidge have our house [Glensheen] in the summer. Very unsuitable & insufficient!”

I’m not sure what Clara found so “unsuitable & insufficient” about President Coolidge staying at Glensheen. She doesn’t specify.

However this is not the end of Clara’s, and more specifically Elisabeth’s, interaction with presidential persons. Later she mentions that Coolidge found a place to hang out on the Brule River in Wisconsin. Two other prominent Duluth ladies, Julia and Caroline Marshall, held a party for President Coolidge’s son John so that he could get to know the locals. Elisabeth Congdon joined them. Here’s what Clara said of this: 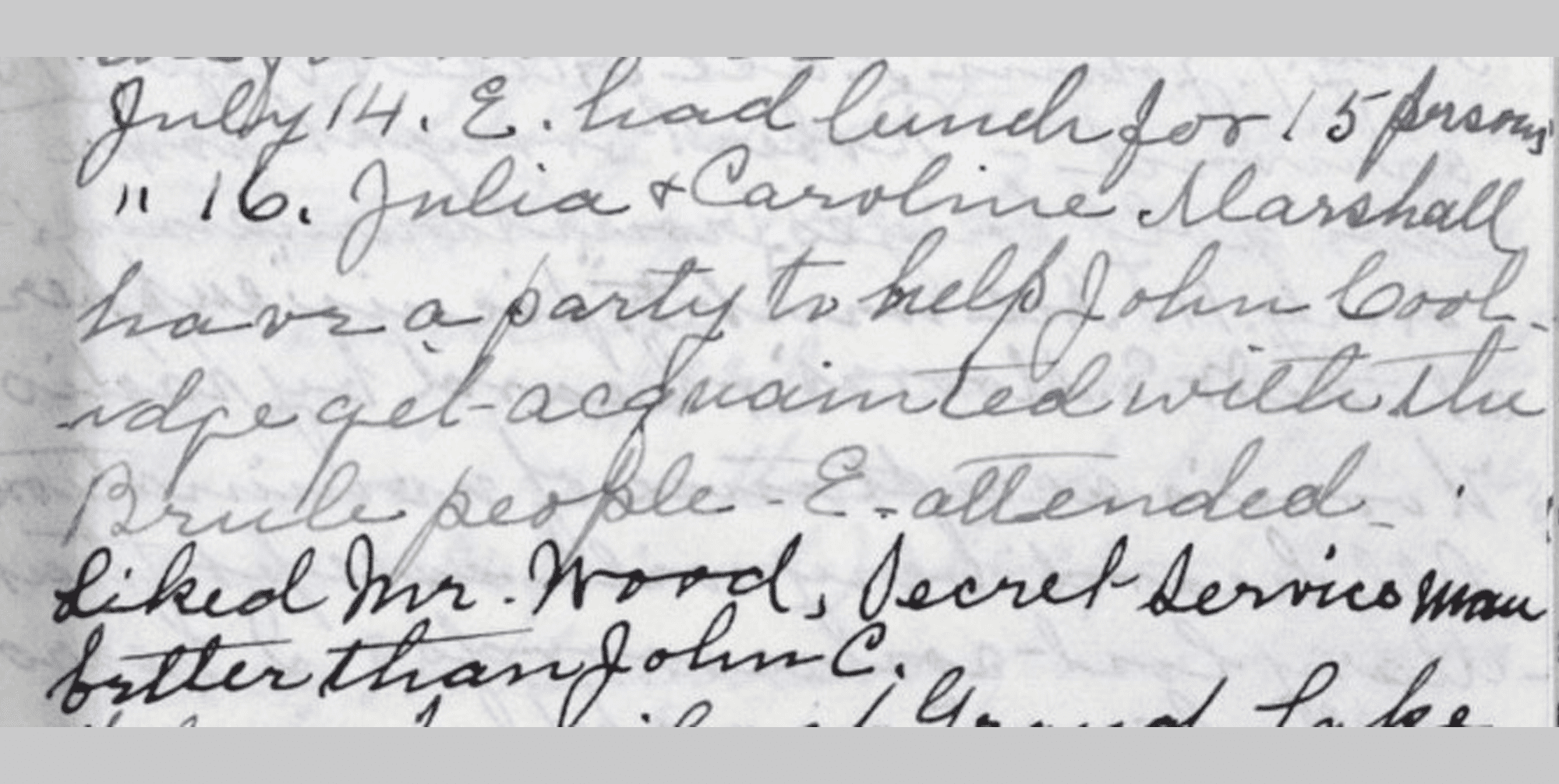 One of Clara’s diaries highlights their fantastic trip through Europe in 1911. Chester and Clara and daughters Marjorie and Helen toured through Germany, France, Italy, England, Wales and Scotland. They had the chauffeur Rudolph Miller accompany them and even had their 1911 Pierce Arrow shipped to Europe rather than renting a car.

Here’s two Congdon cars outside of the Carriage House

The diary entry: “C. [Chester] has gone to Liverpool for Rudolf and car which arrived in Cymric yesterday.” 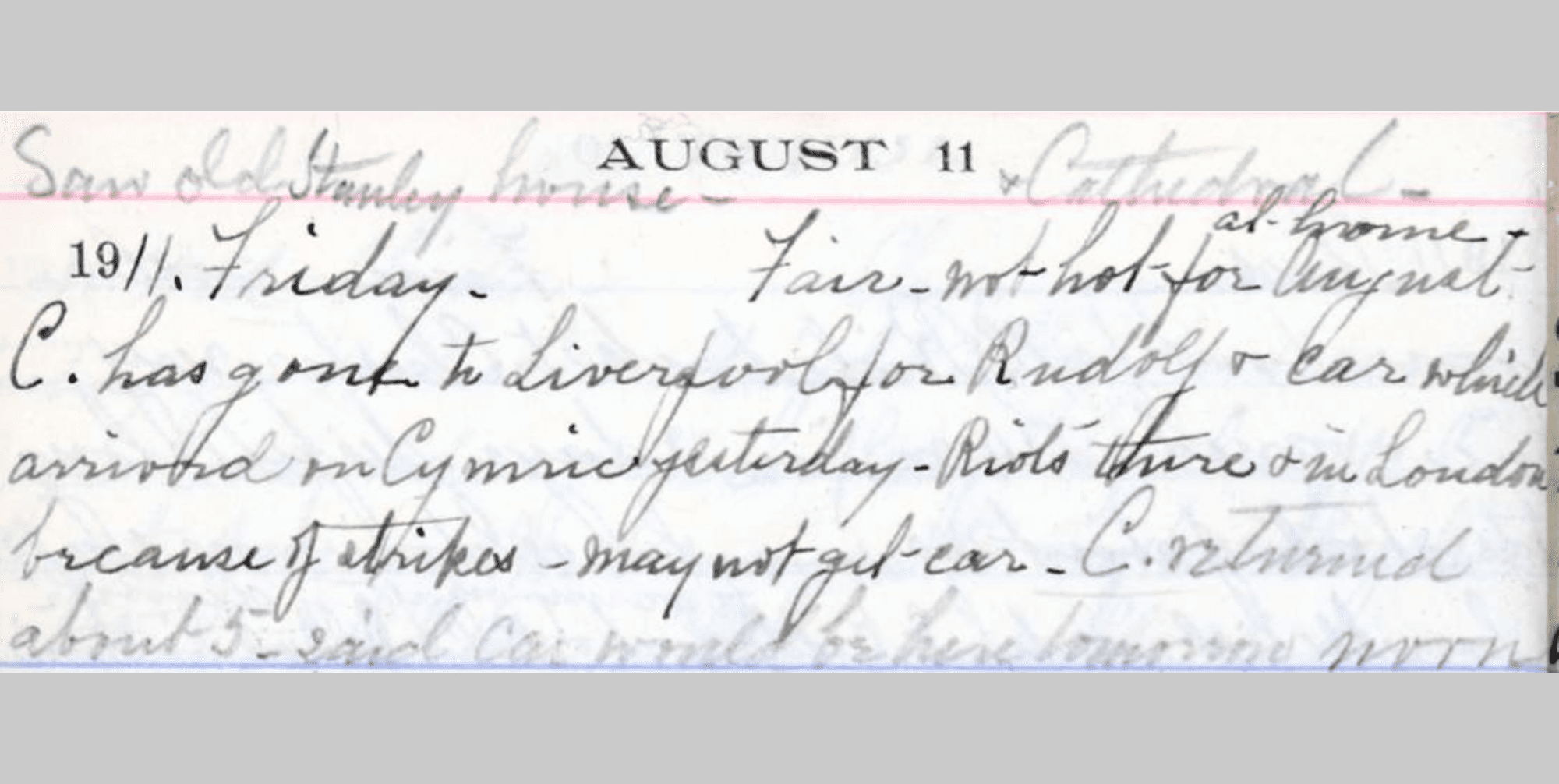 Watch for more info coming soon about their trip across Europe through the eyes of Clara.