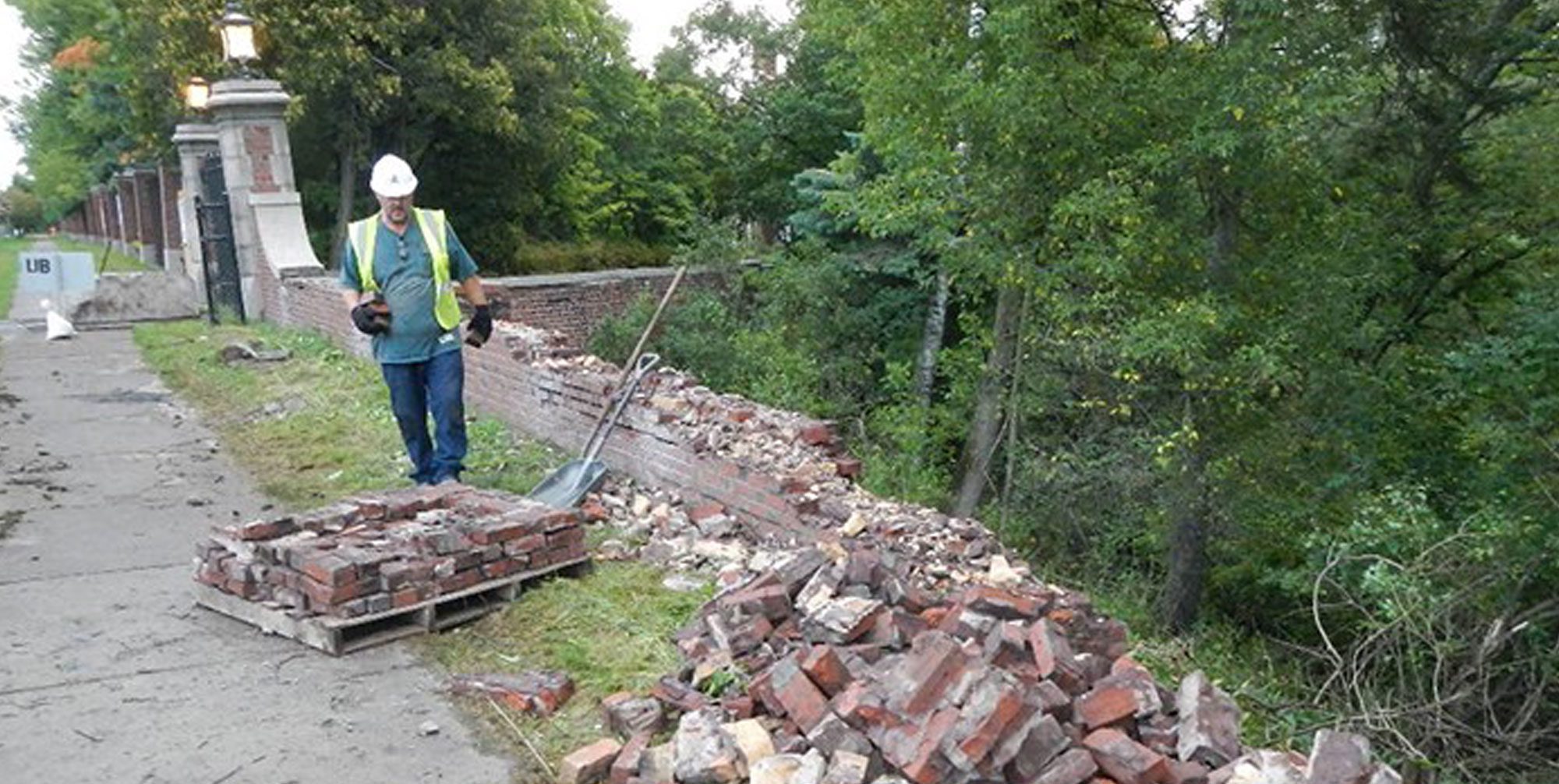 What was done? How has Glensheen changed?

Over the past two years, Glensheen has been working on its largest restoration project since opening the doors in 1979. The catalyst for this restoration was the 2012 water event that heavily devastated the region.

This tragedy was turned into an opportunity.

Because we had a construction crew already on the property repairing the water event damage, it allowed us to save costs by utilizing the crew who was already here. In other words, this allowed us to restore multiple areas concurrently to take advantage of this cost savings.

Here is a great example: 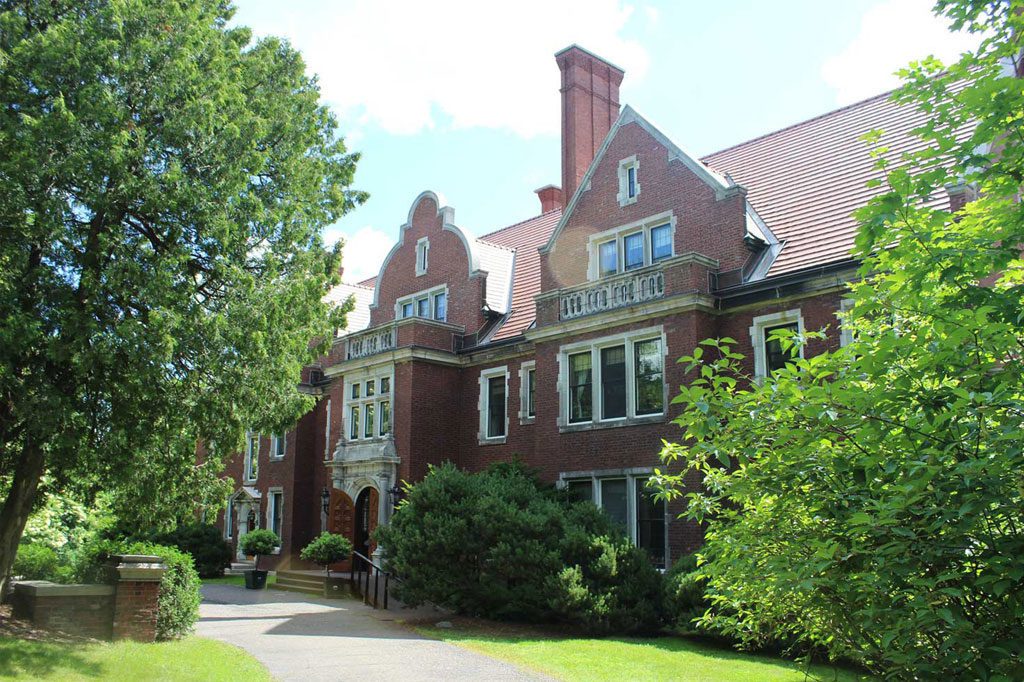 It was nearly impossible to get a photo of the entire front of the home due to dense vegetation.

The handicap ramp didn’t meet ADA requirements; plus, it felt like it could break at any moment.

The top step was made of plywood and had an awkward bounce to it.

Most of the vegetation seen did not match the master landscape plan created by Charles Leavitt in 1907.

Lastly, the basement would leak annually during the snowmelt.

Here is the front of the house now: 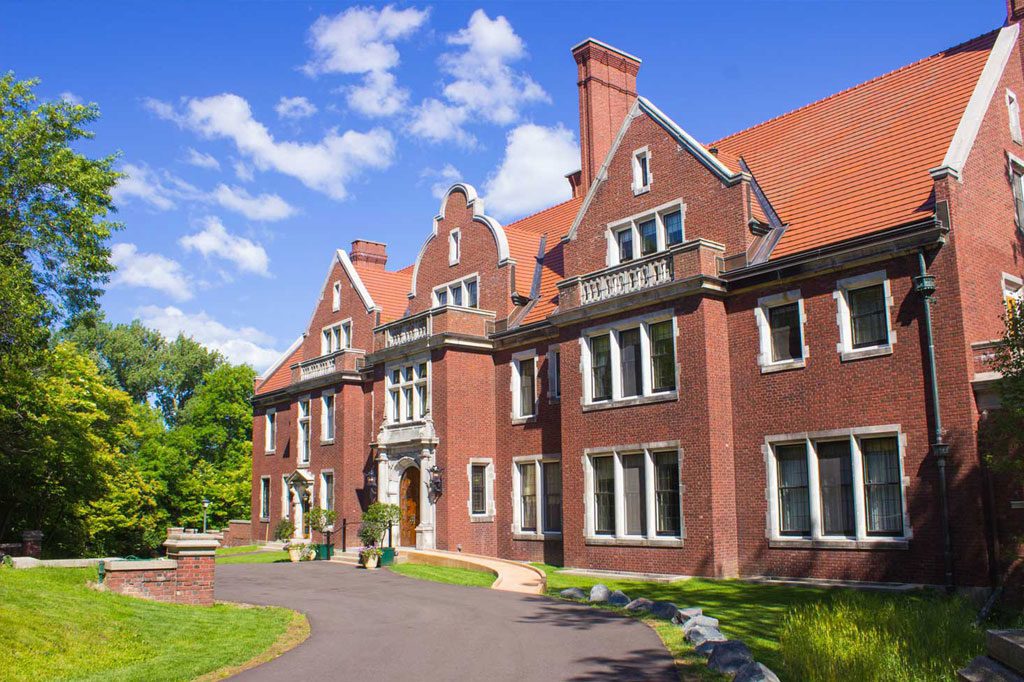 As you can see, we now have an ADA compliant ramp. It no longer has handrails, which took away from the aesthetic of the home.

The entire front of the home was waterproofed to provide protection from a future water event but also from the annual snowmelt.

We took Charles Leavitt’s master landscape plan from 1907 and are beginning to match his design.

Because we are following his design, we now have a great photo of the front of the house that has not been available for several decades.

The grand view of Glensheen is back!

In addition, here is how the home looked around 1930: 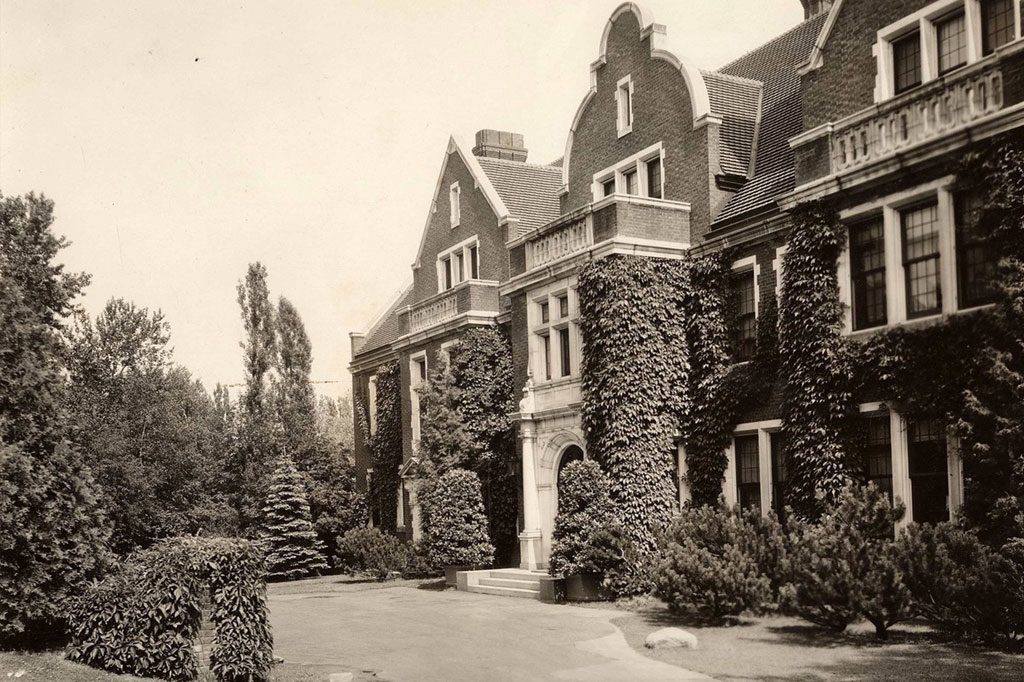 Why was the house so densely vegetated?

Chester Congdon was a public figure who was ok with the landscape plan created by Leavitt. In that plan there were several viewing lanes, which allowed the public to see Glensheen.

When Chester died in 1916, the property quickly began to change from the original landscape plan. Clara, it seems, directed the staff to plant pine and cedar trees throughout the property; the house began to be hidden from the public. The viewing lanes disappeared. If you look again at the 1930 photo, you can see the beginning of the Clara-era vegetation.

Because our entire tour narrative follows the timeline of 1912, it makes sense to have the property match that look and feel, as well. We are happy to say we are much closer today, than we were two years ago.

The next part will focus on the servants’ courtyard. This part of project received significant community support to complete and is a great new space at Glensheen.

Here are other comparable photos: 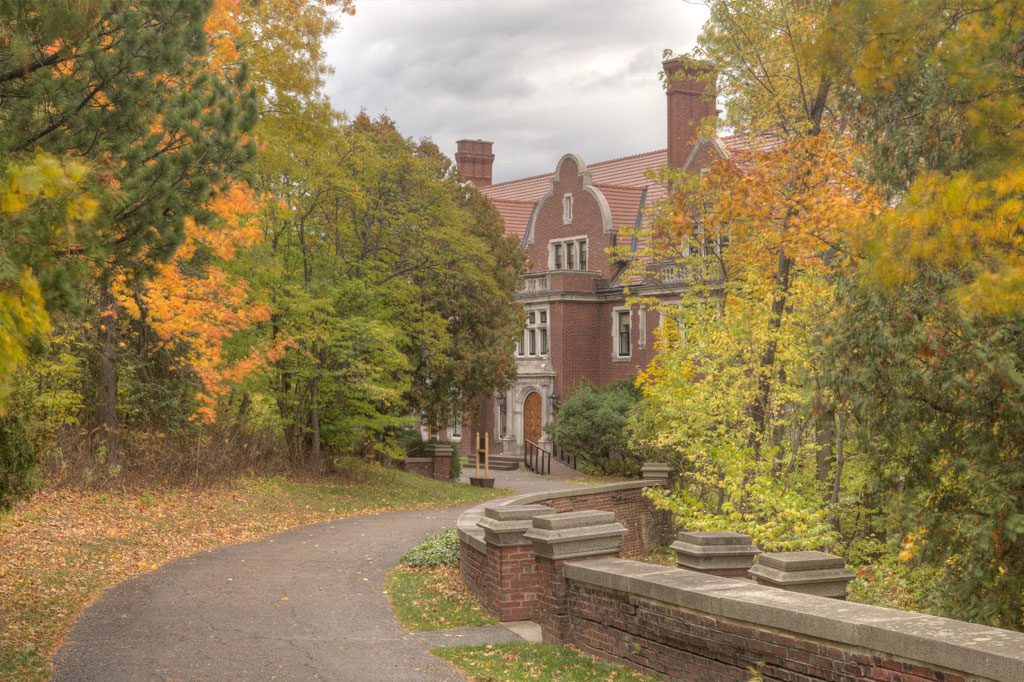 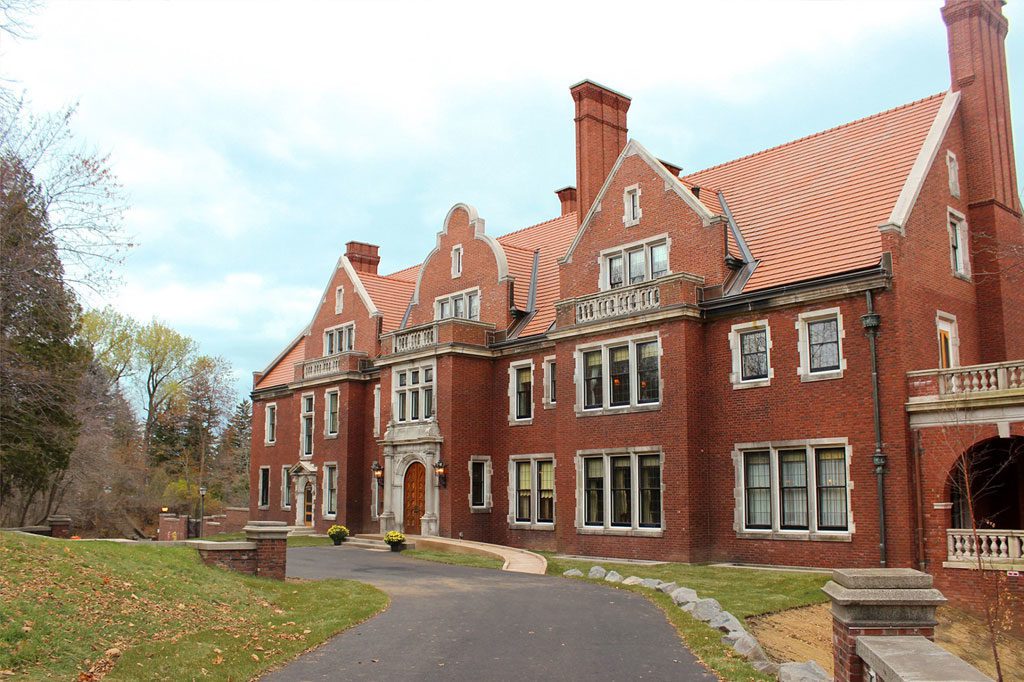 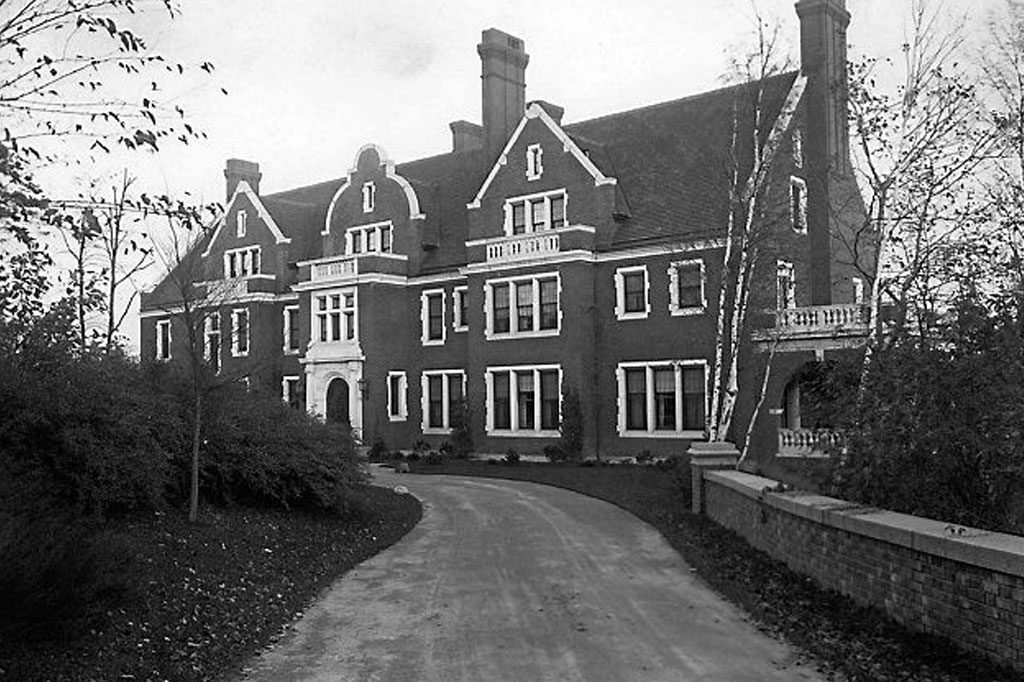