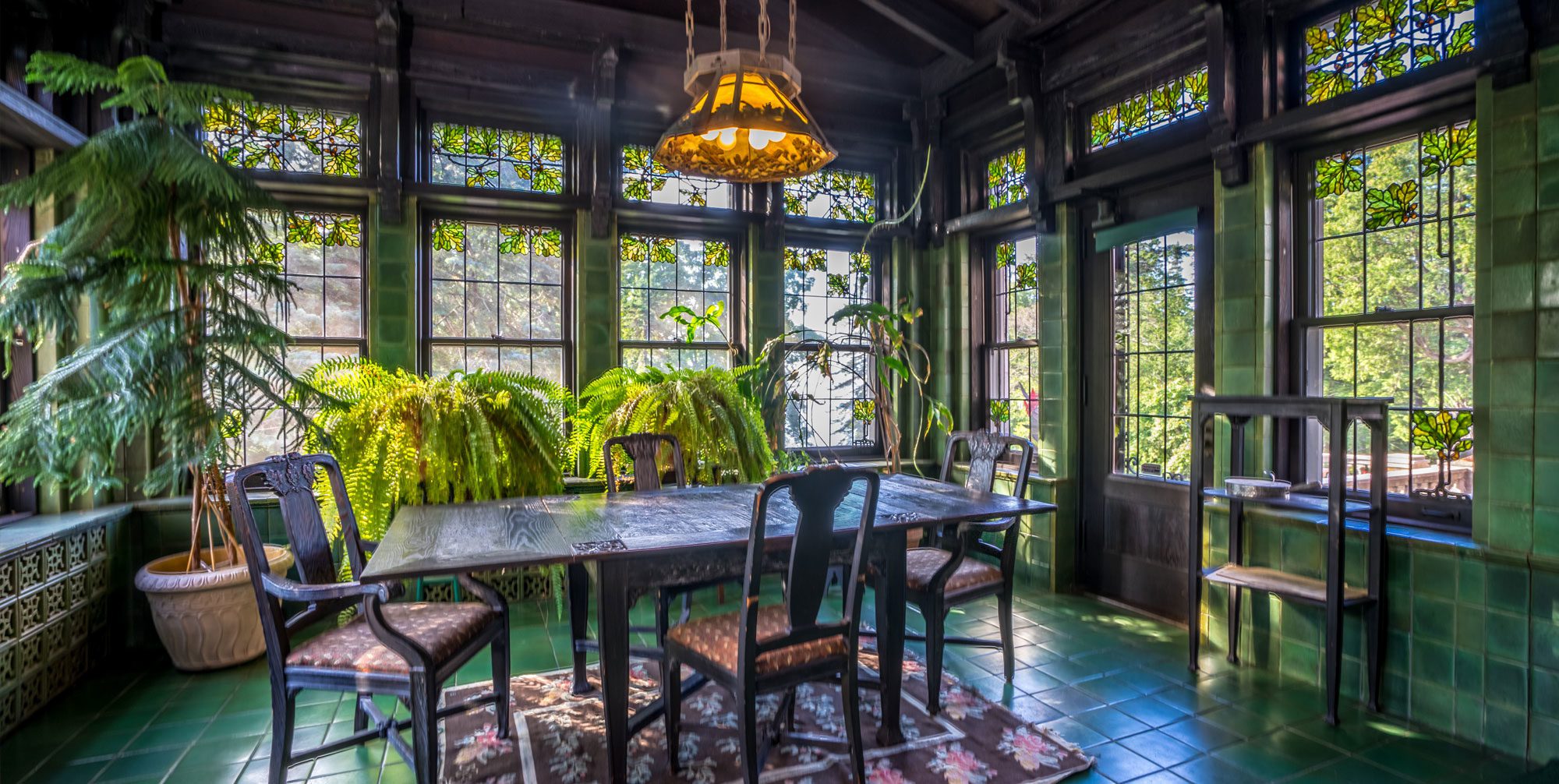 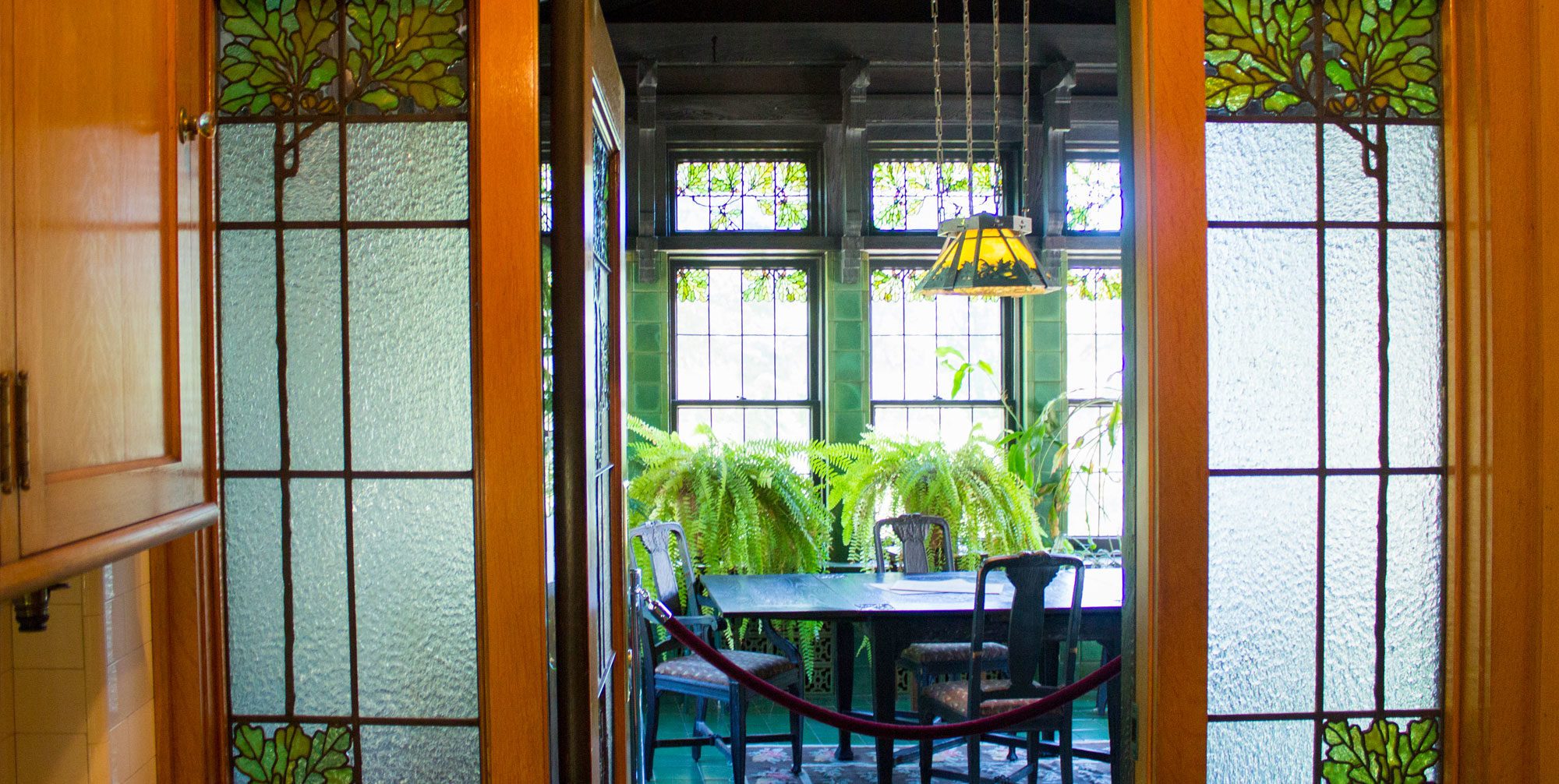 This week at Glensheen, it’s all about the Breakfast Room. This beloved space was most likely the creation of renowned interior designer John Bradstreet. If that name rings a bell, it might be because he helped found the Minnesota Institue of Art (MIA). The museum displays a living room from a Duluth house that Bradstreet designed. The entire room.

Here’s a picture of it: The Prindle Room, MIA, photo by Lynn Buckler Walsh 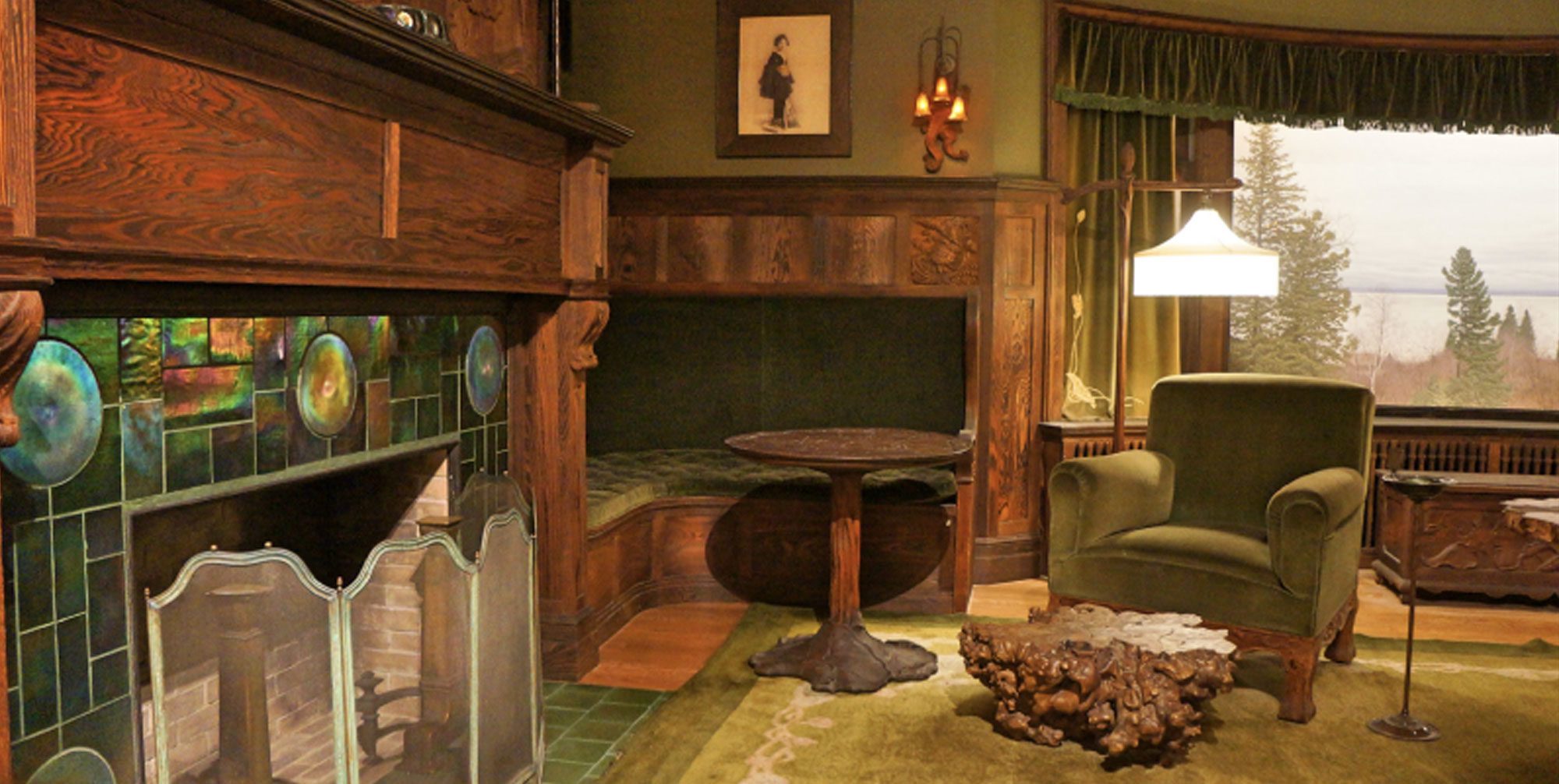 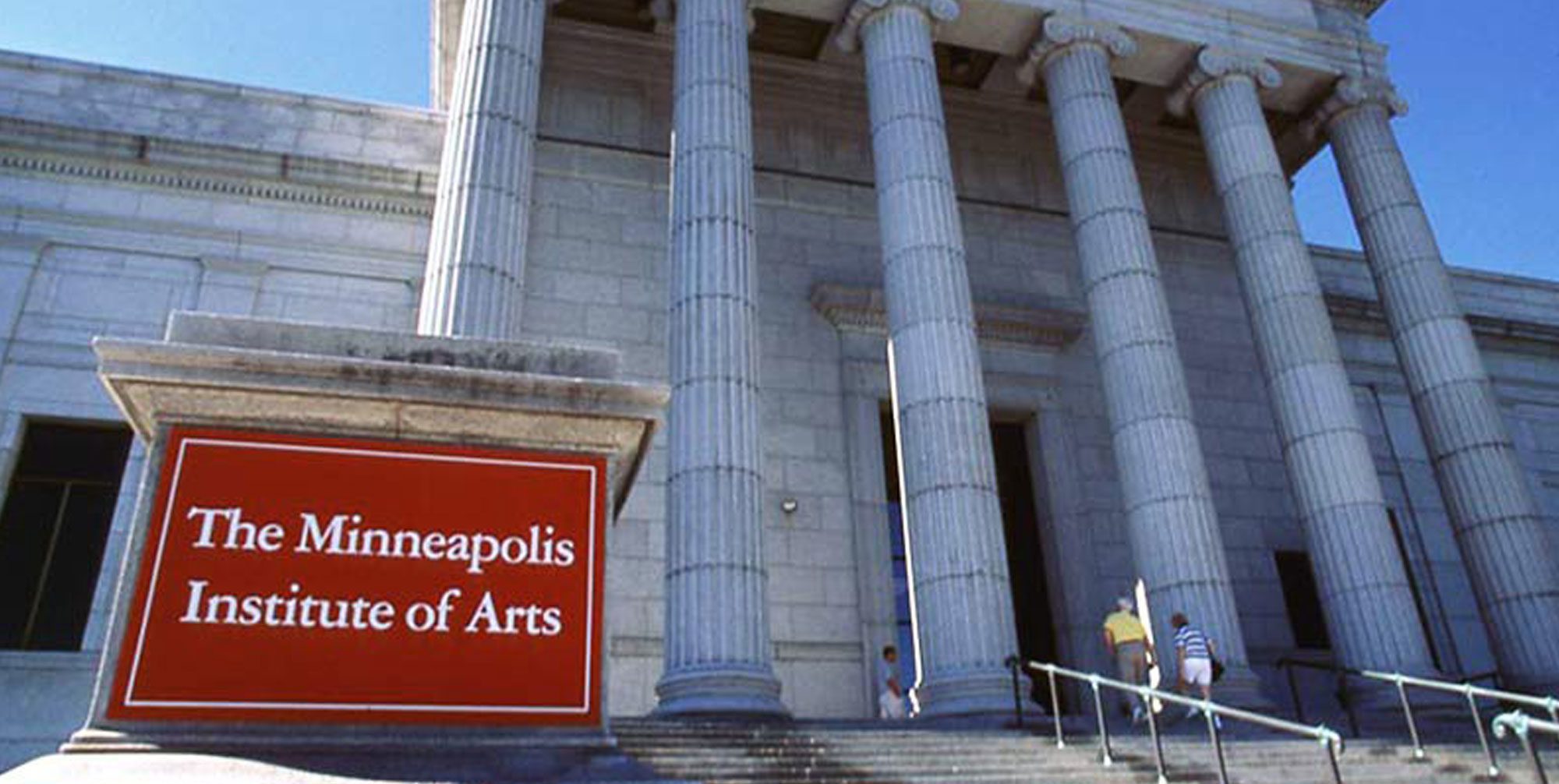 The traditional method of Jin-di-sugi uses cypress that has been water soaked for hundreds of years. This makes for beautiful raised lines in the wood’s grain. However, Bradstreet created a faster method by charring the wood and then scrubbing it, sweeping away softer wood fibers. This speedy version made for a lustrous finish on the wood — and much praise for Bradstreet.

The room’s table was also fashioned with this method. 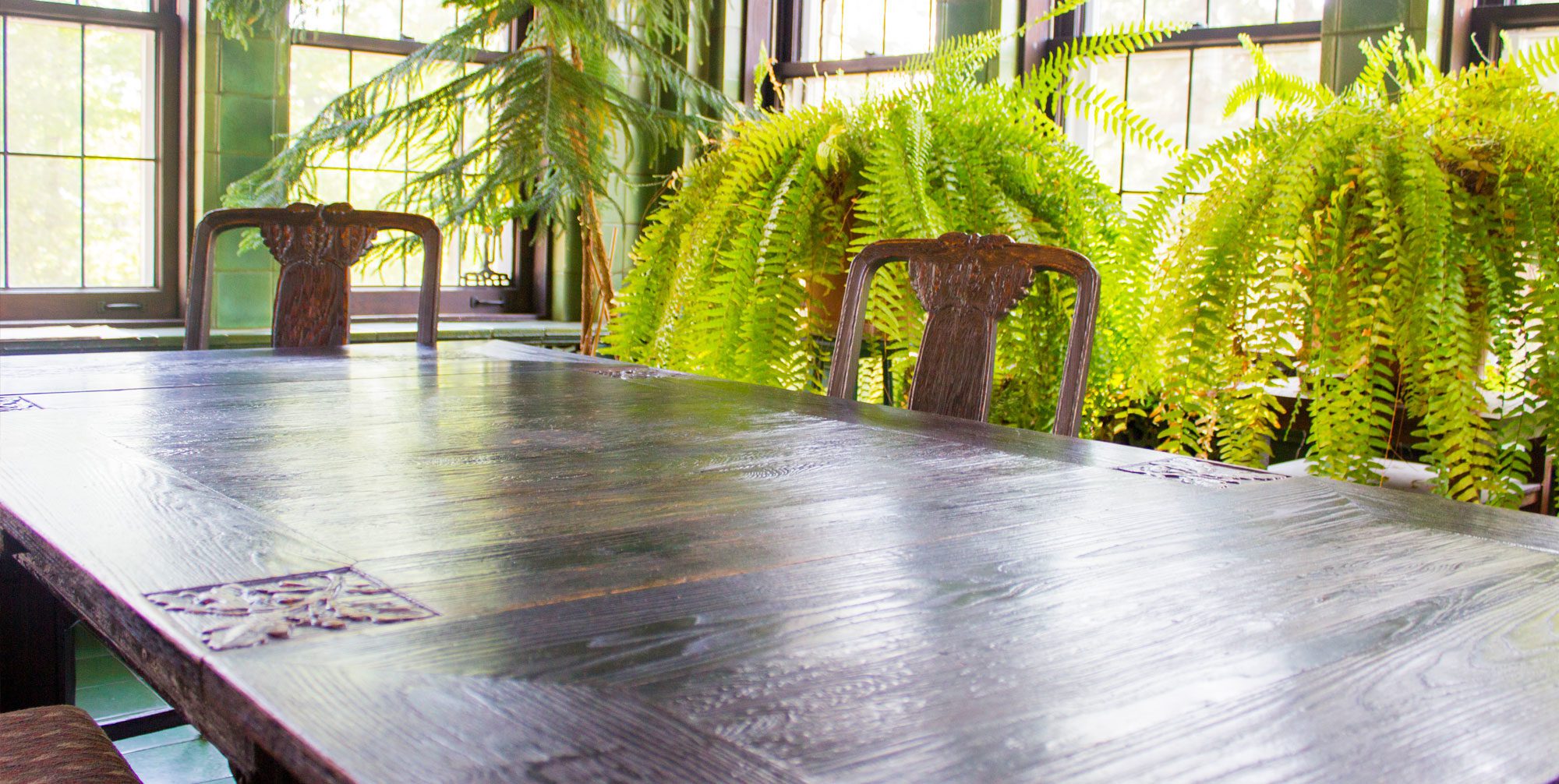 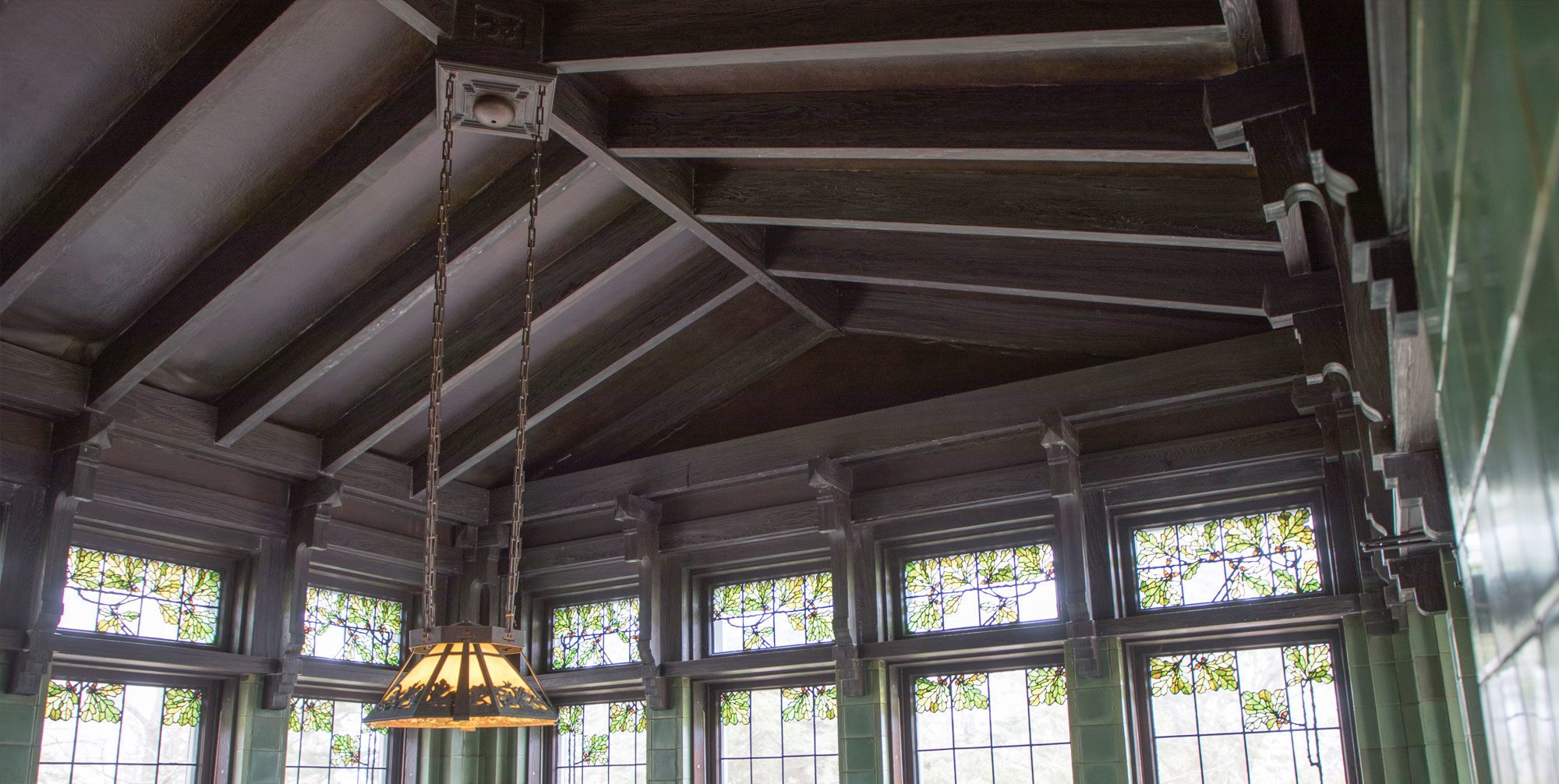 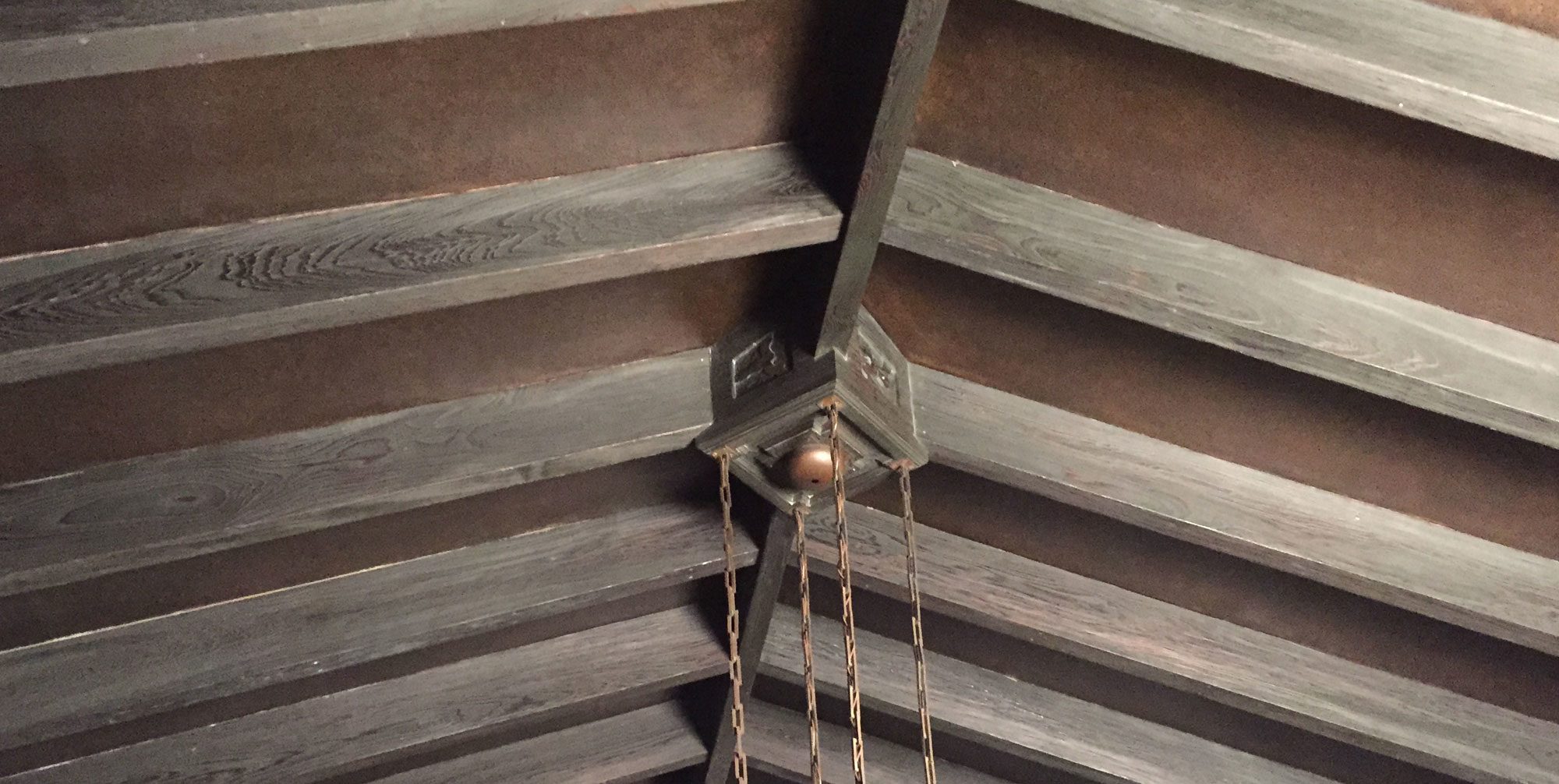 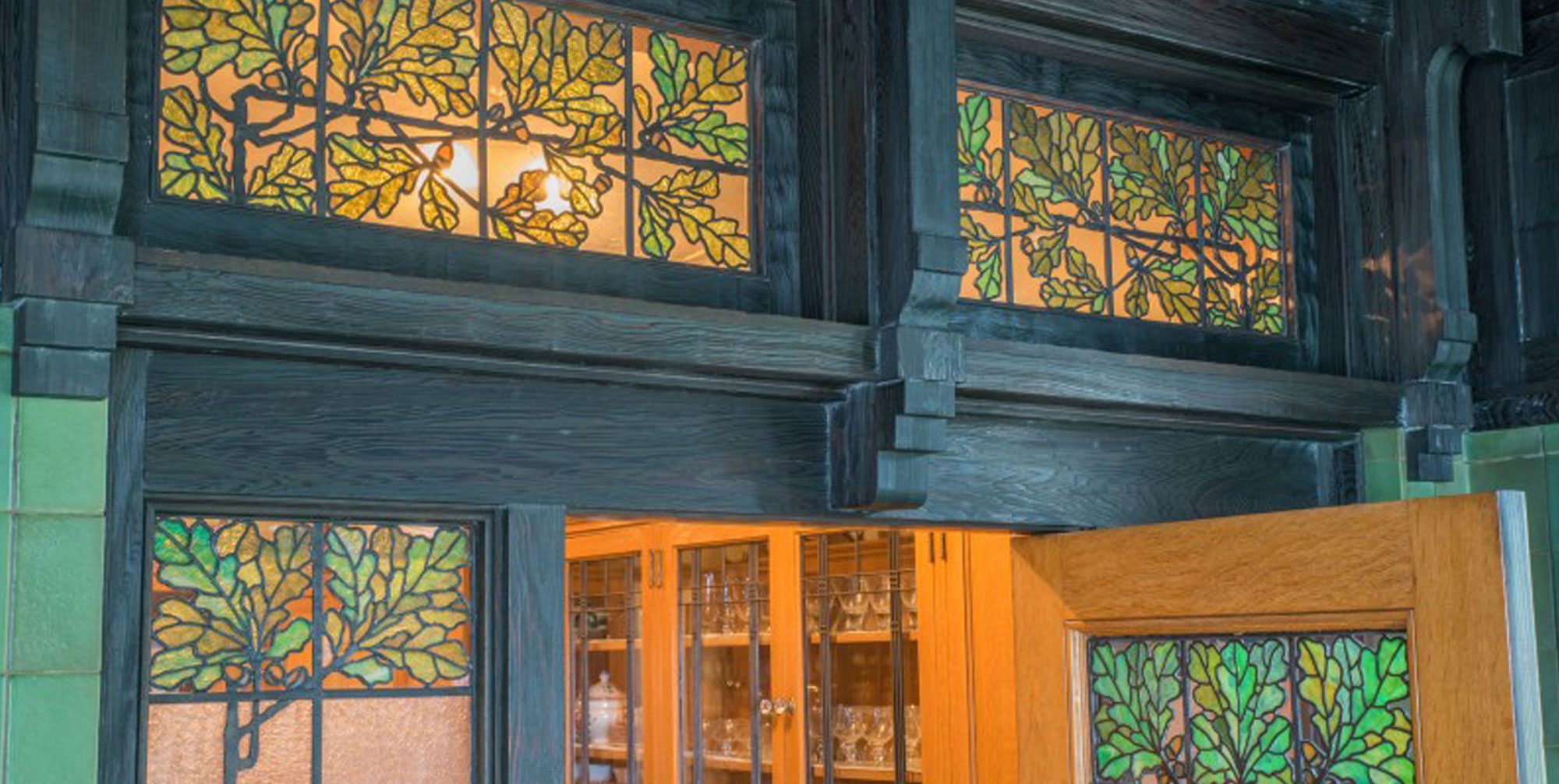 This closeup of the Breakfast Room woodwork features the wood treatment Jin Di Sugi which Bradstreet learned about when traveling in Japan. Here it is stained green to complement the green Rookwood tiles used throughout the room. 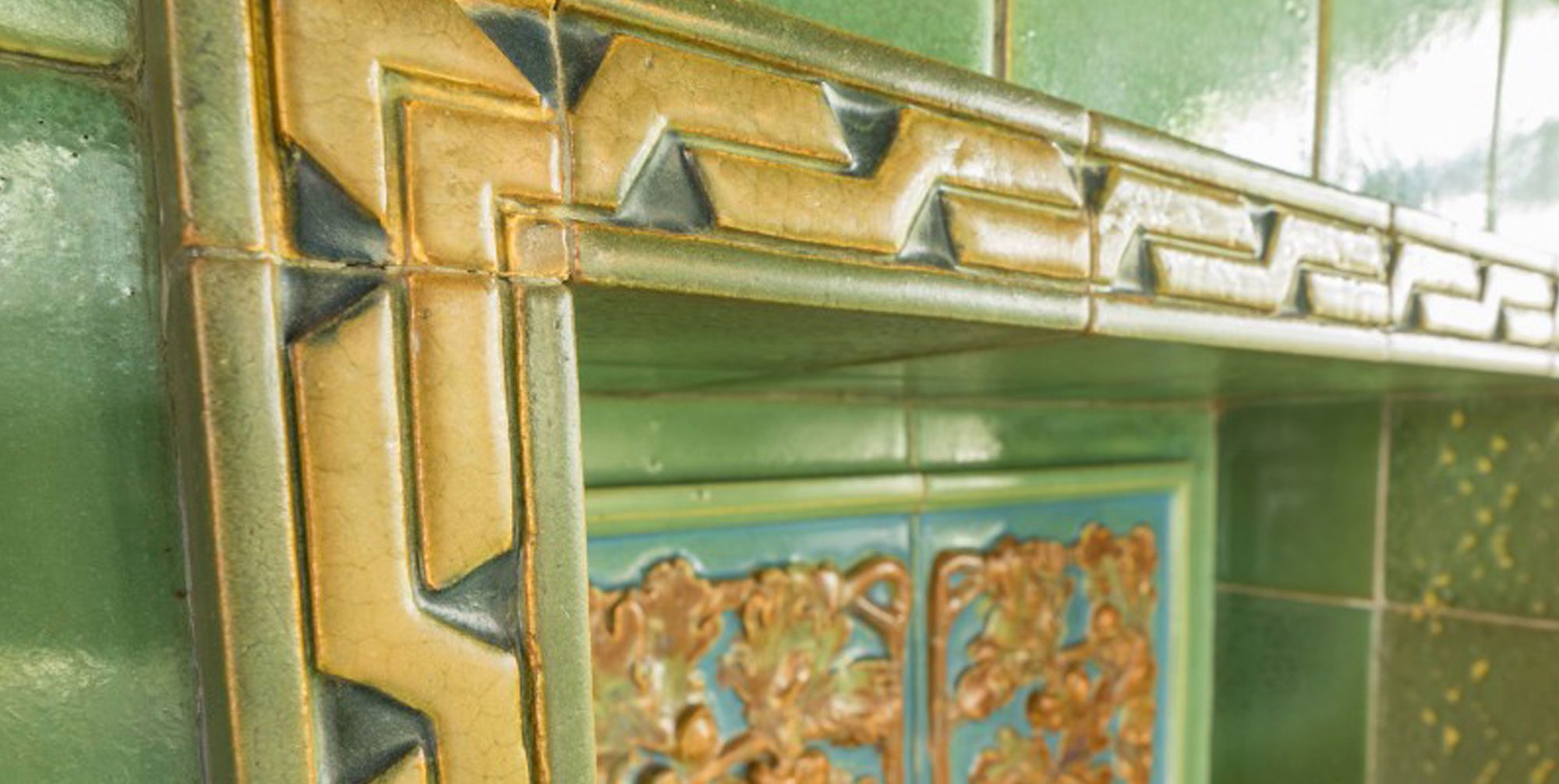 Perhaps inspired by the wonderful view of the grounds, the rich, green interior truly defines this room. And it is this colorful tile that makes this rather modest-sized room the most expensive one in the entire mansion. 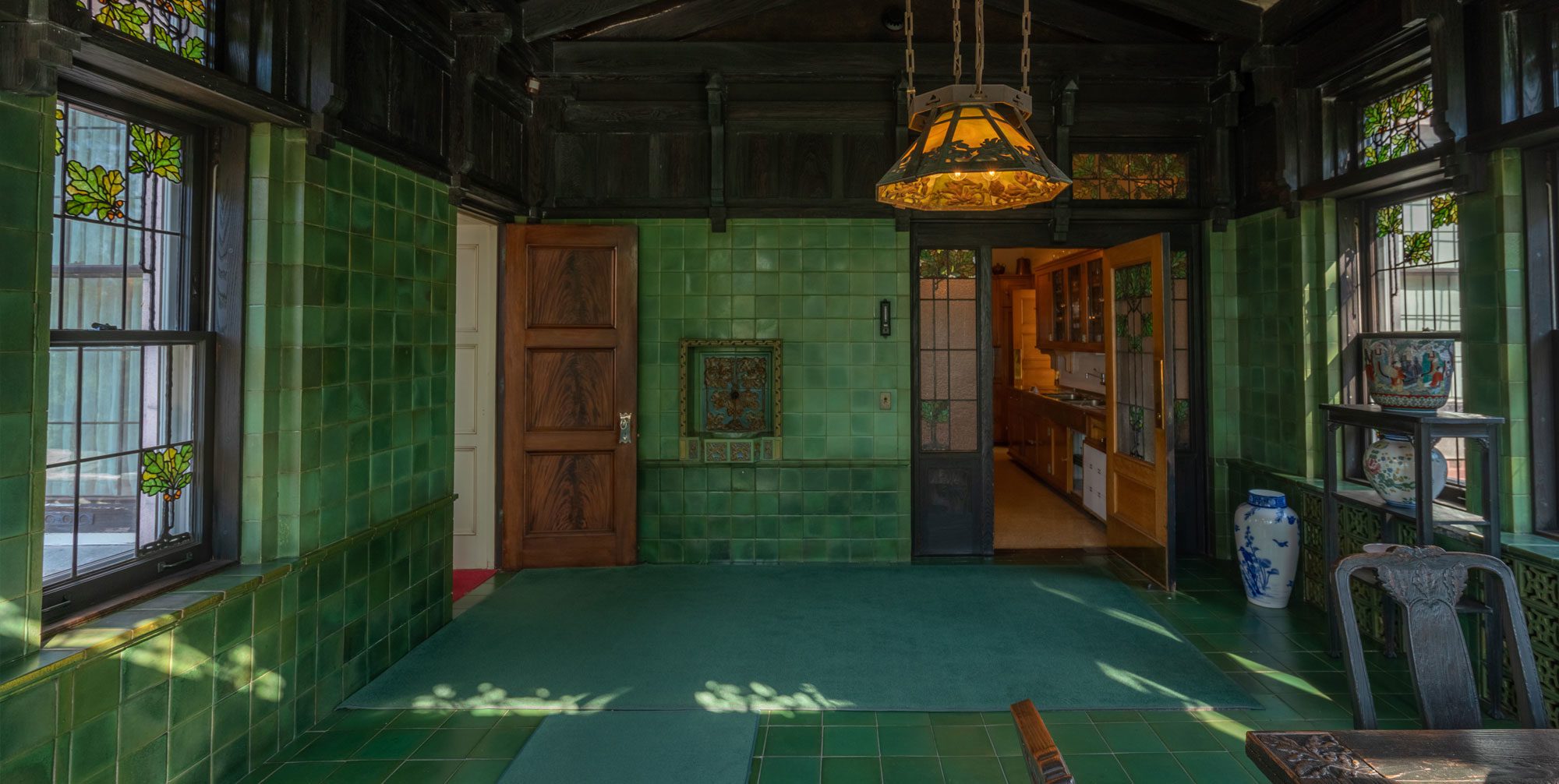 Procured from Rookwood Pottery in Ohio, tiles were stamped with a serial number as each was individually designed. Also, an exact replica could be made should one break.

Also unusual, the Rookwood Pottery Company was founded and run by a woman, Maria Longworth Nichols. This was rare in the early 1900s. 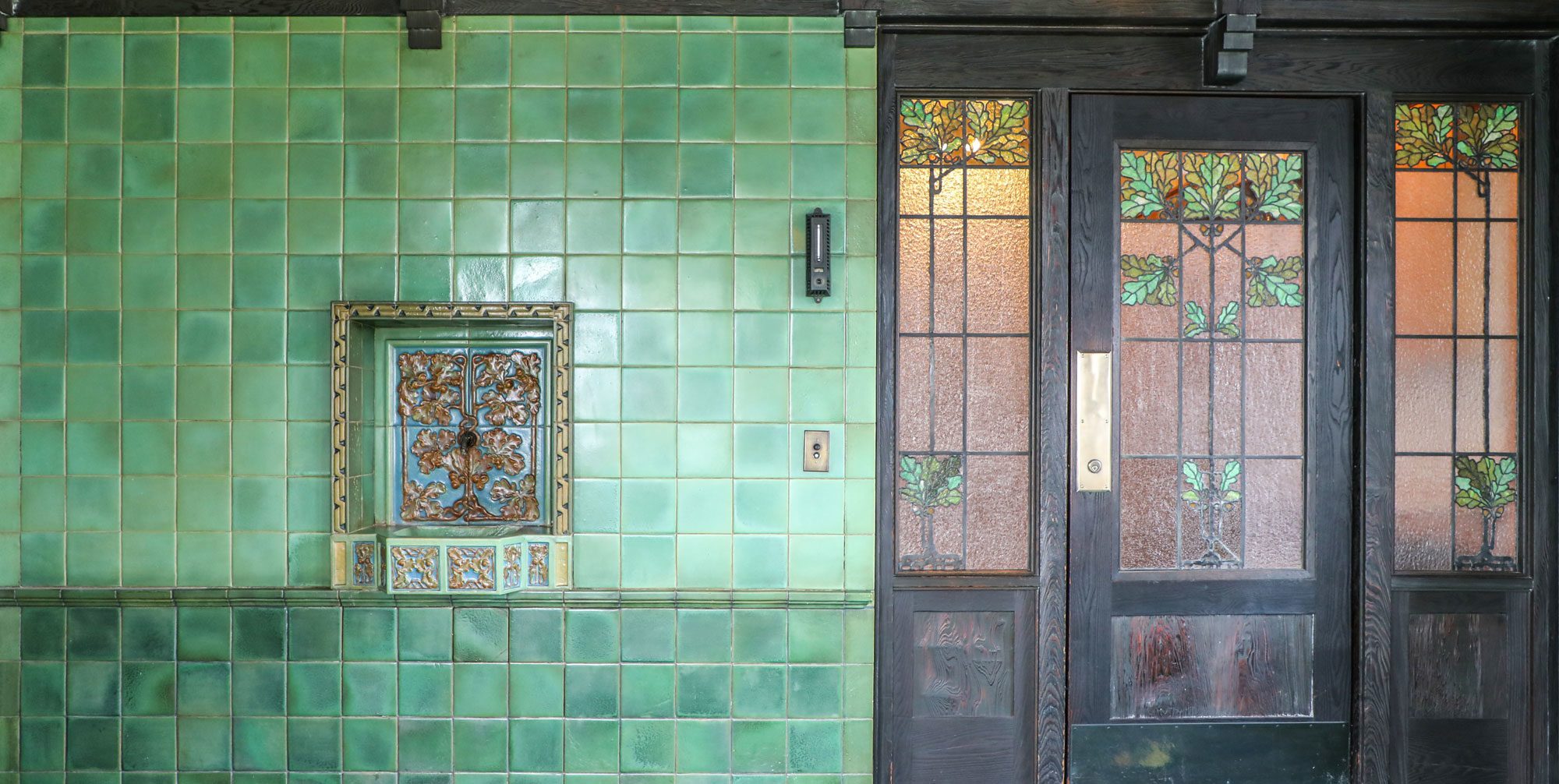 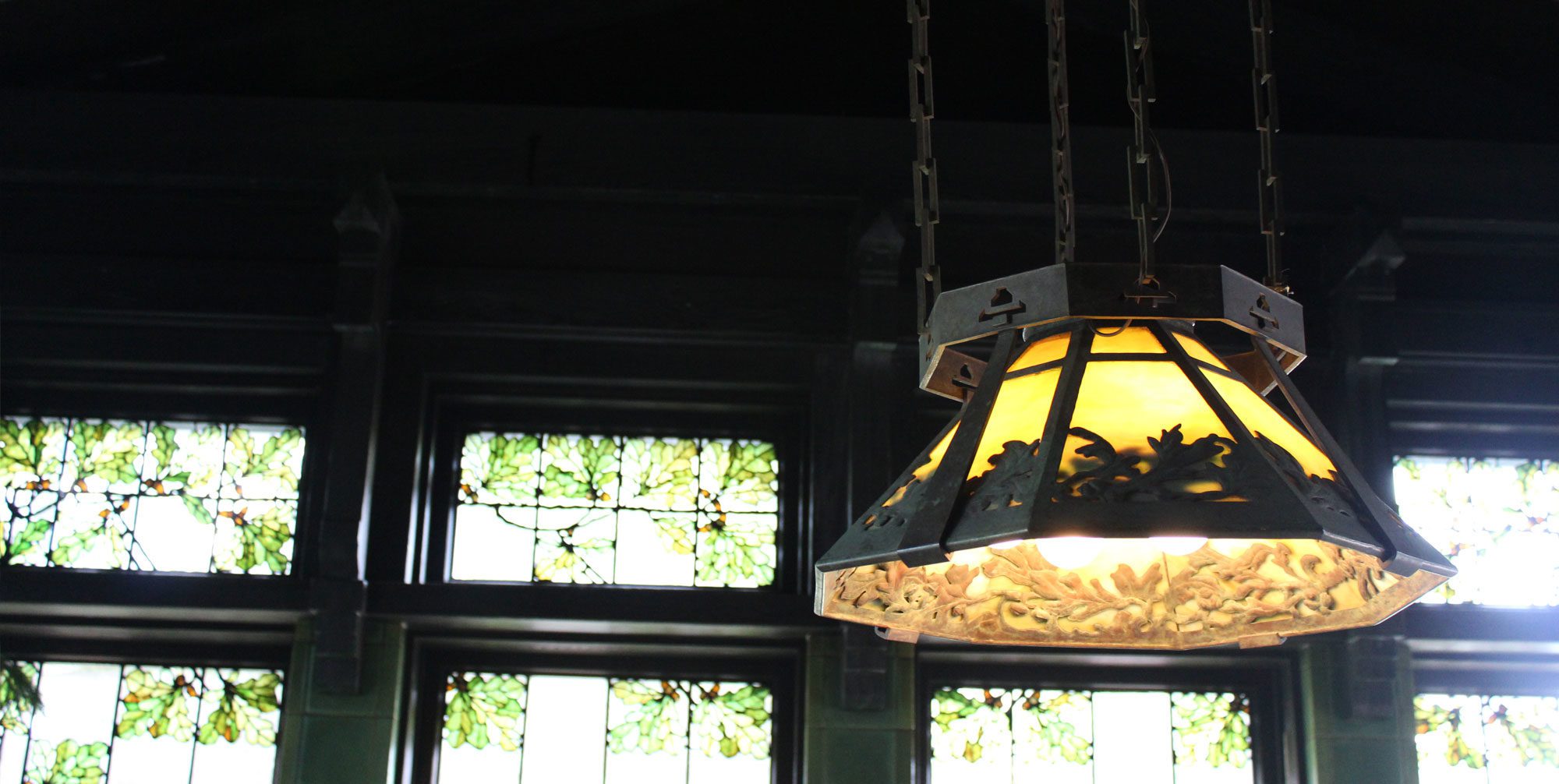 The room’s hanging light is a piece of art in itself. It is entirely handmade by the Minneapolis Handicraft Guild. 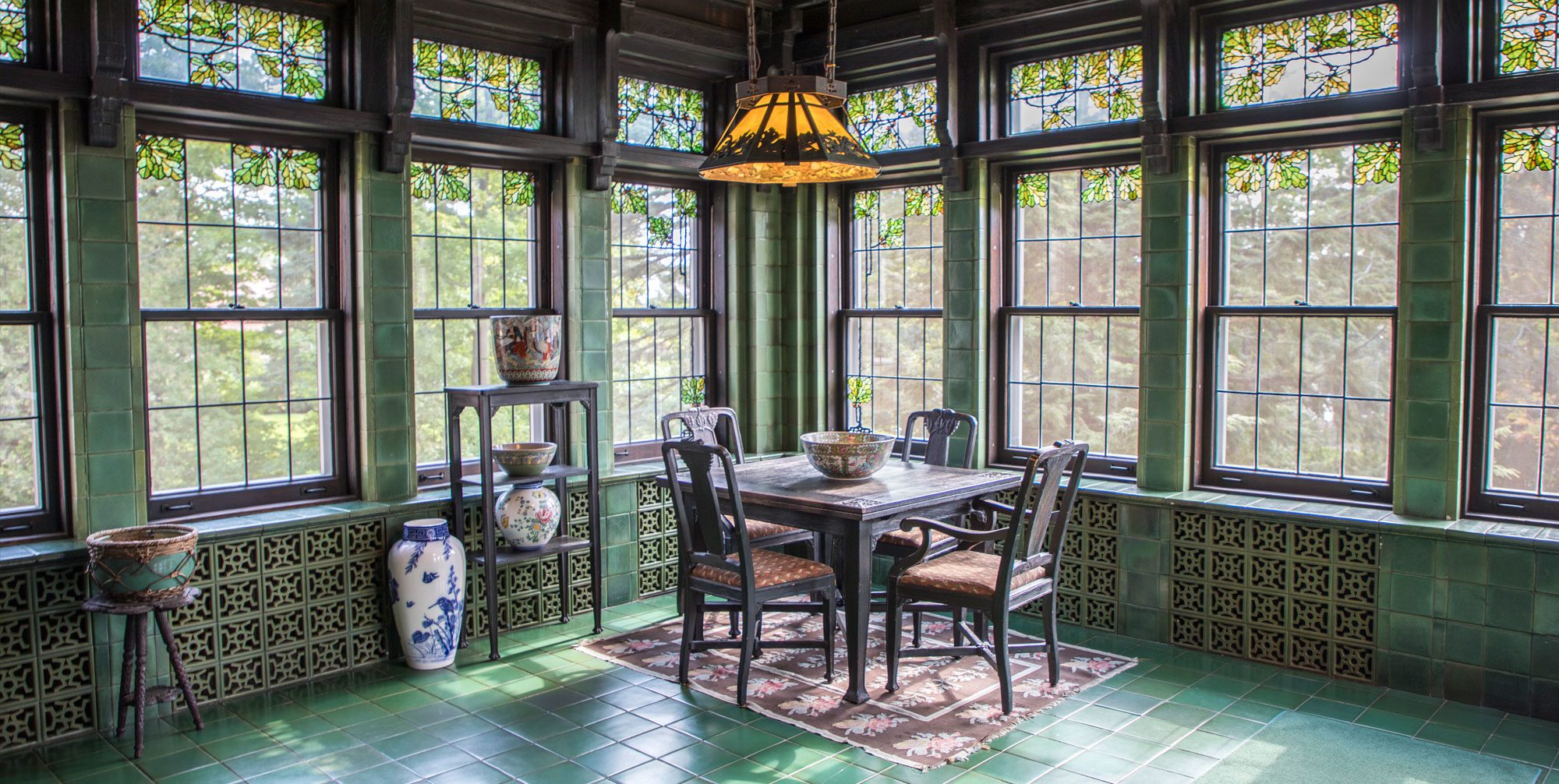 The Handicraft Guild is noted for being a women-based company as well as a significant part of the arts and craft movement in Minneapolis. Developed by Emma Robert, the guild worked with regional artists to train and mentor young women of Minnesota to become artists themselves. One of the most popular instructors was John S. Bradstreet — Hey! We know that guy!

Robert’s dedication to the guild helped pioneer Minnesota as a leader in the arts and crafts movement. Eventually, the Handicraft Guild would be converted to the University of Minnesota’s first Art Education Department.

There are many other items in the house commissioned from the guild including the hanging and wall lights in Chester’s office. These made to resemble his favorite flowers, waterlilies. 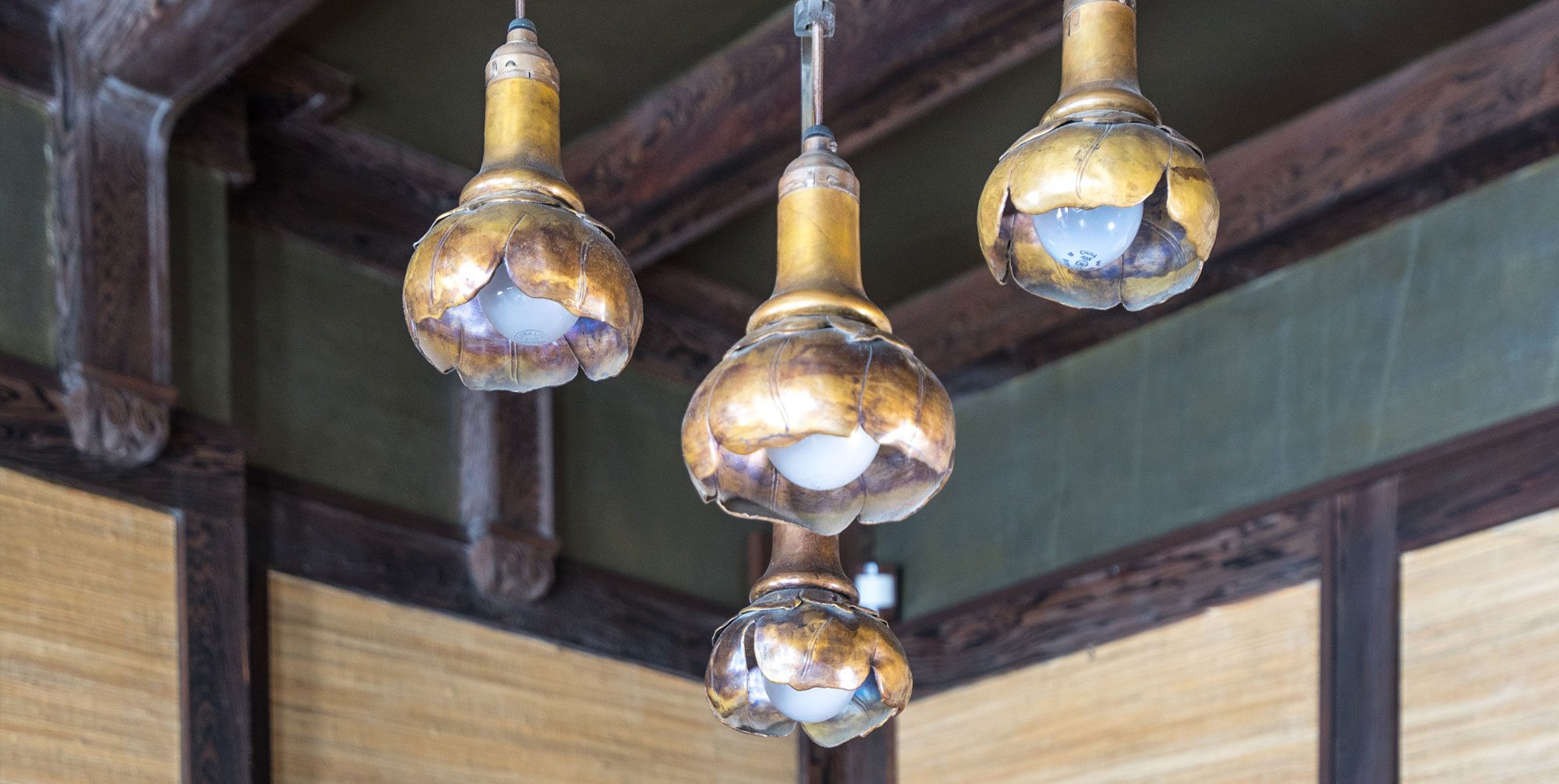 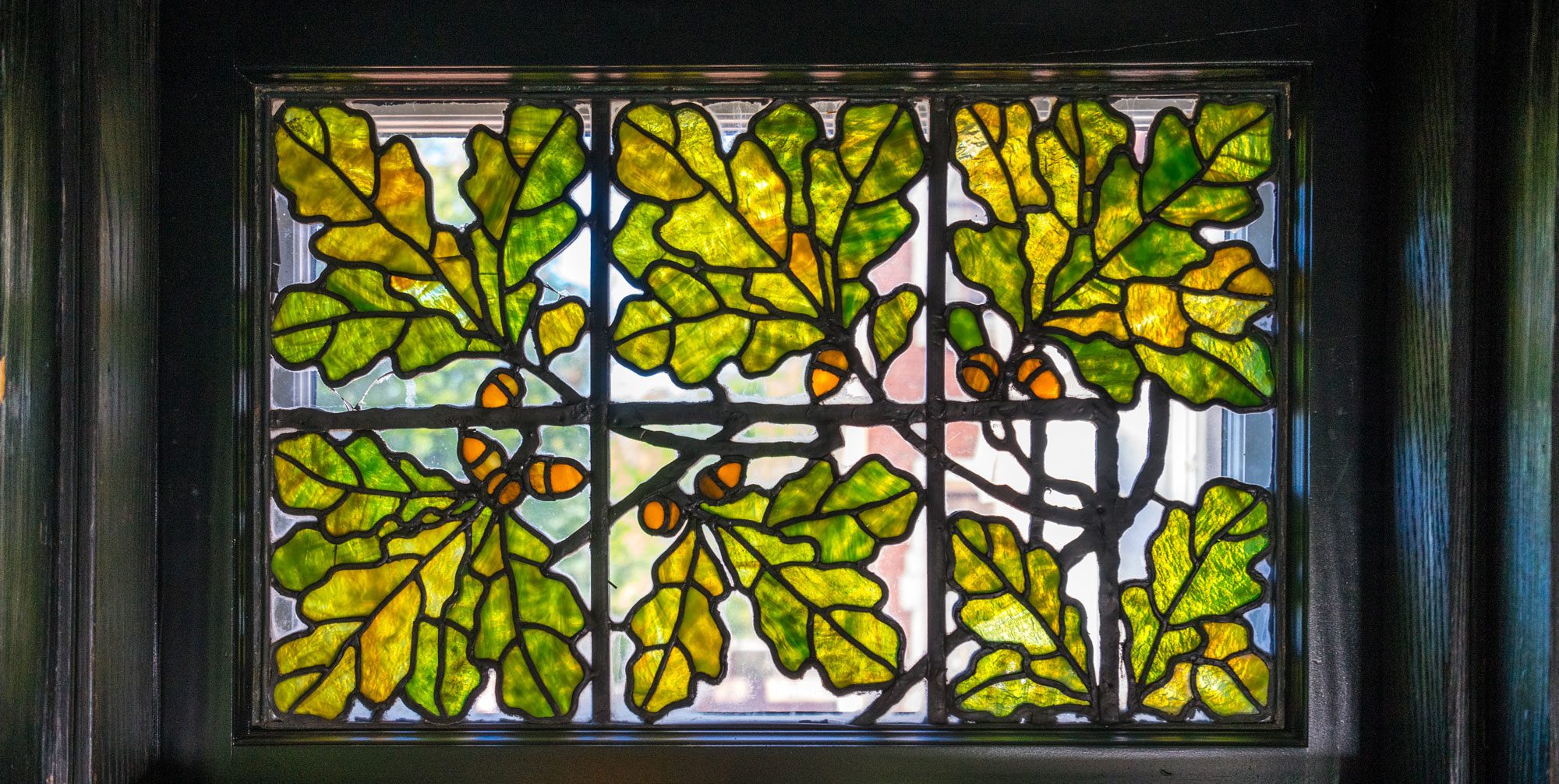 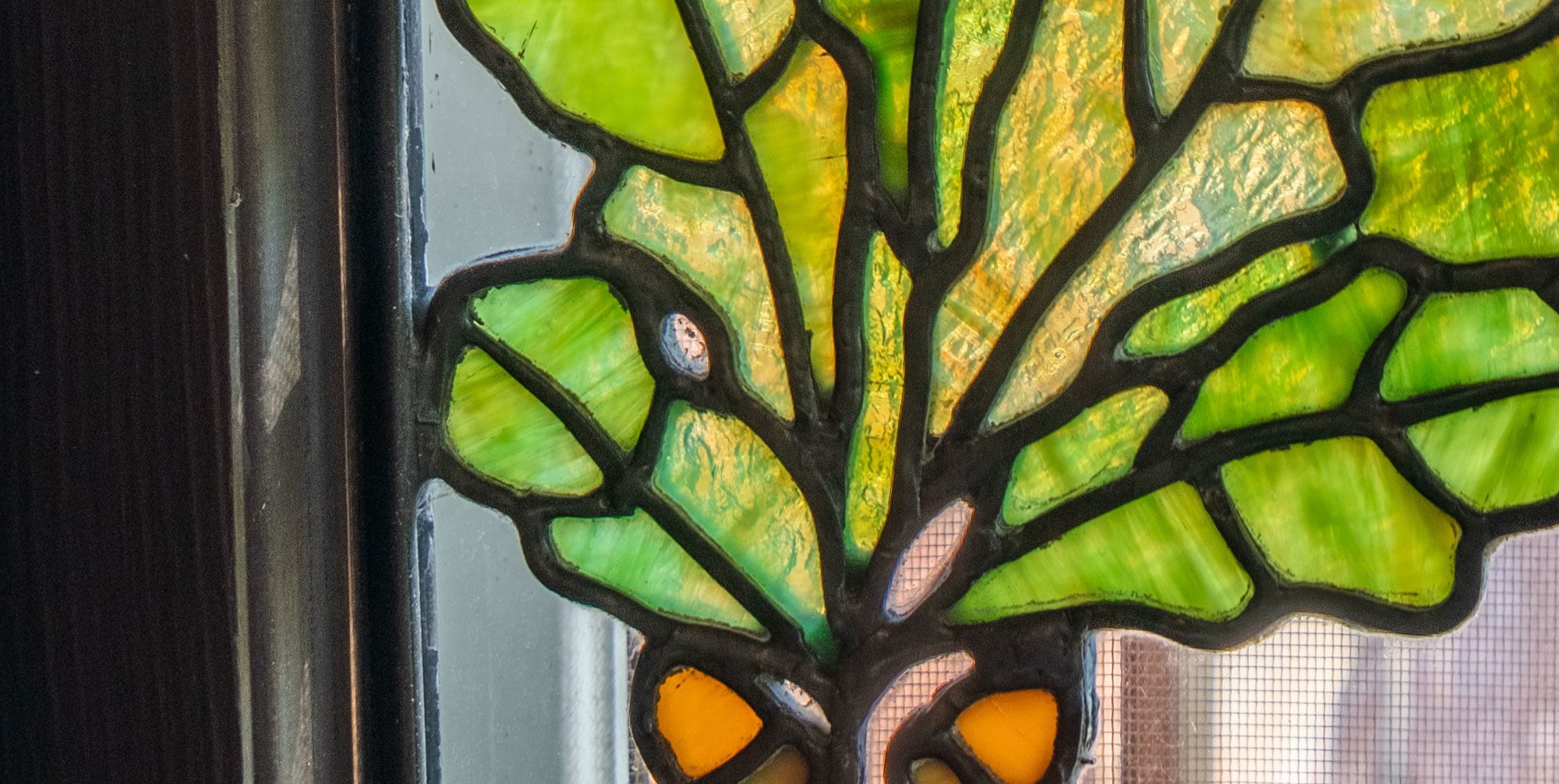 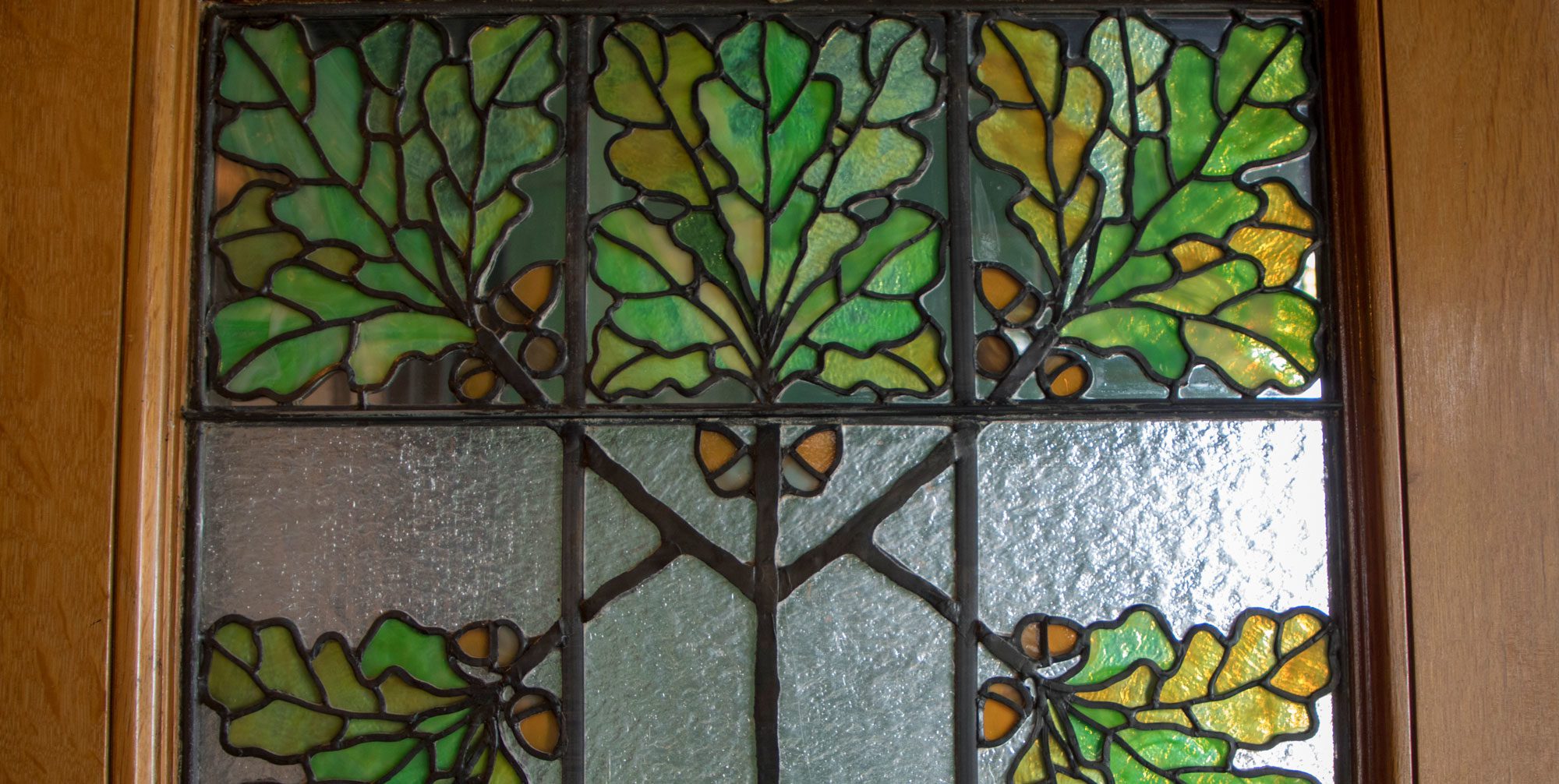 We invite you to come see Glensheen this fall. It’s a great time to visit as the weather is perfect, the crowds are back at school and the estate has fallen into the easier pace of autumn. Come explore! 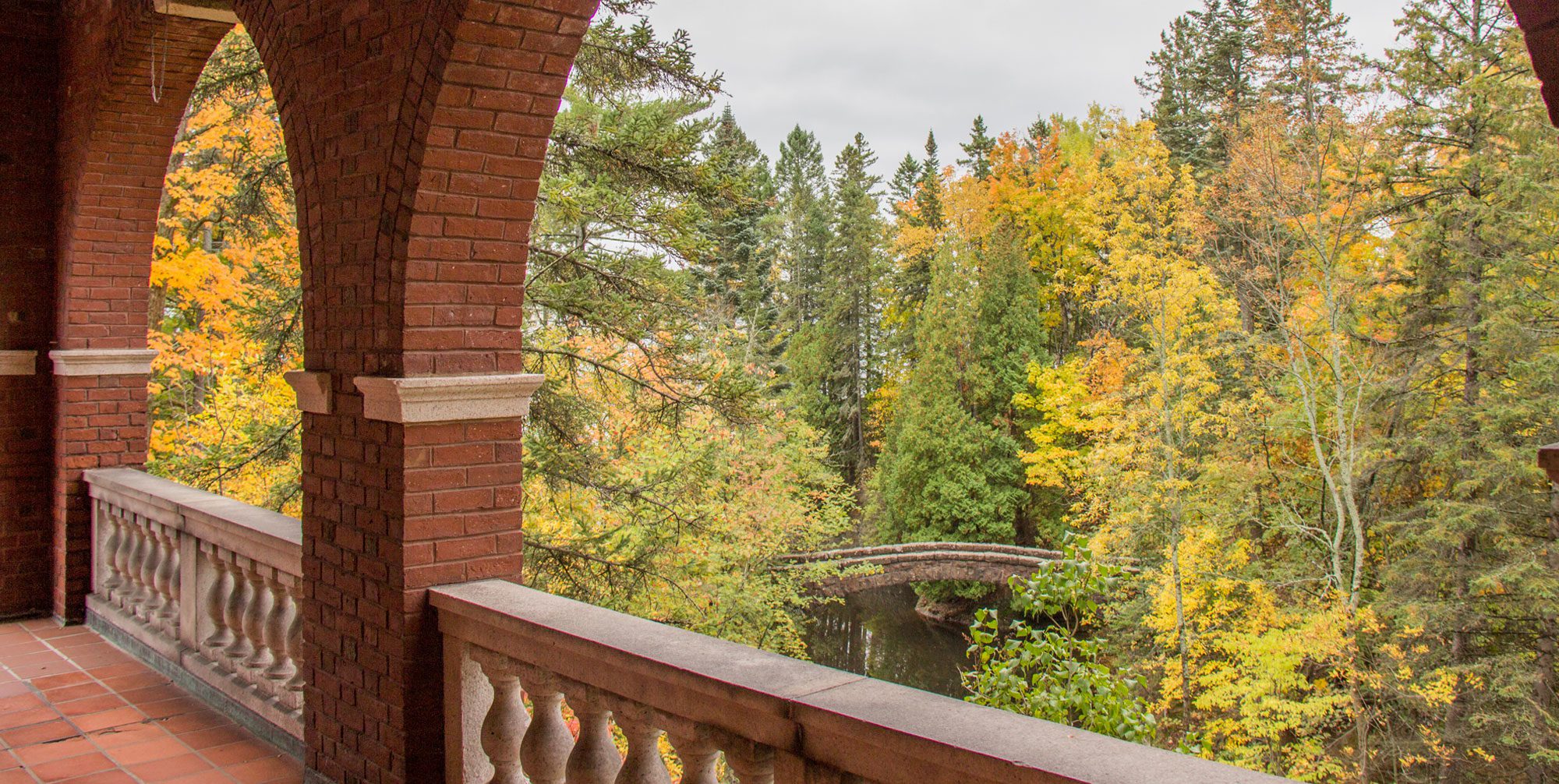 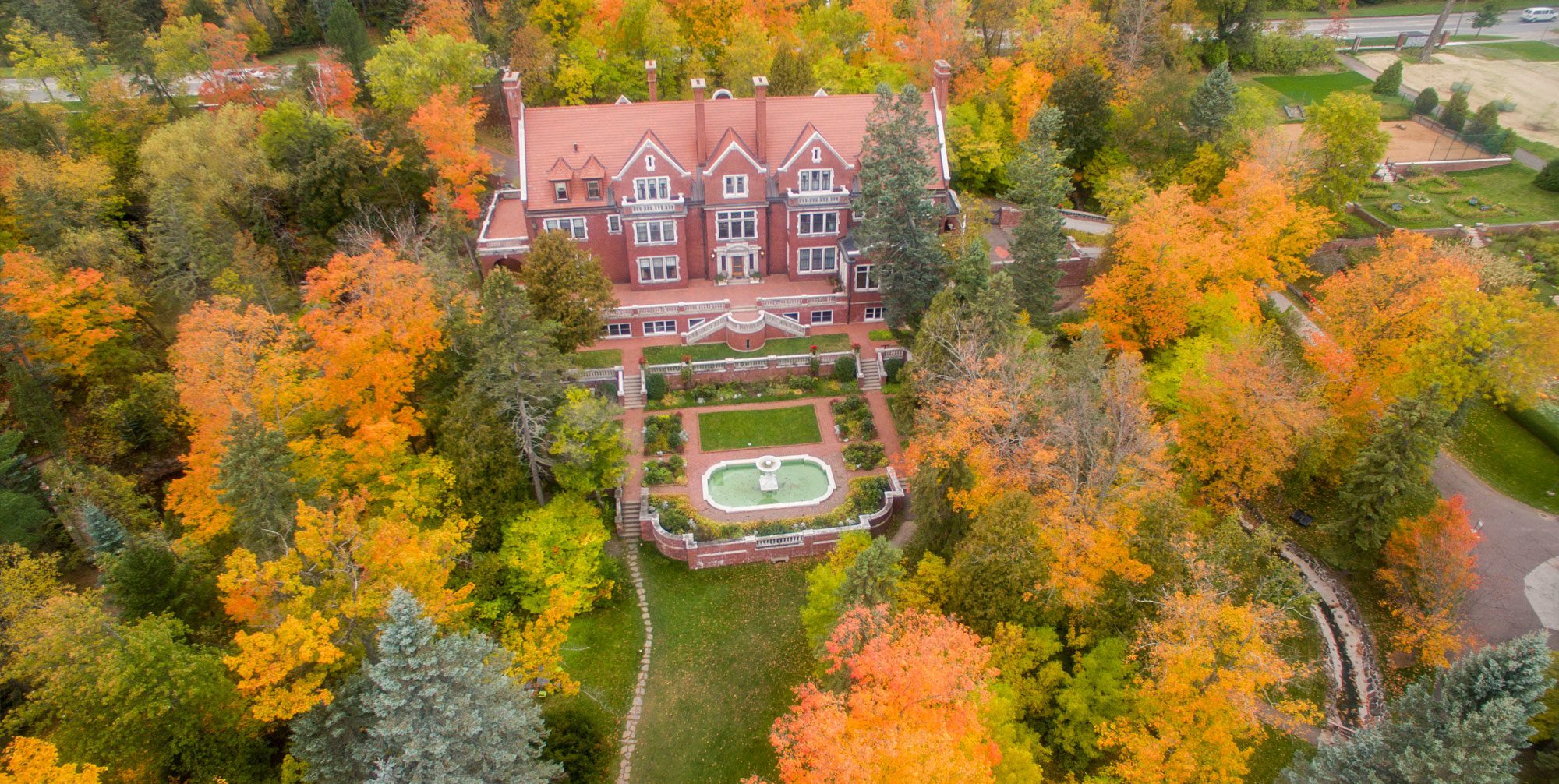