Concerts on the Pier – The Boomchucks 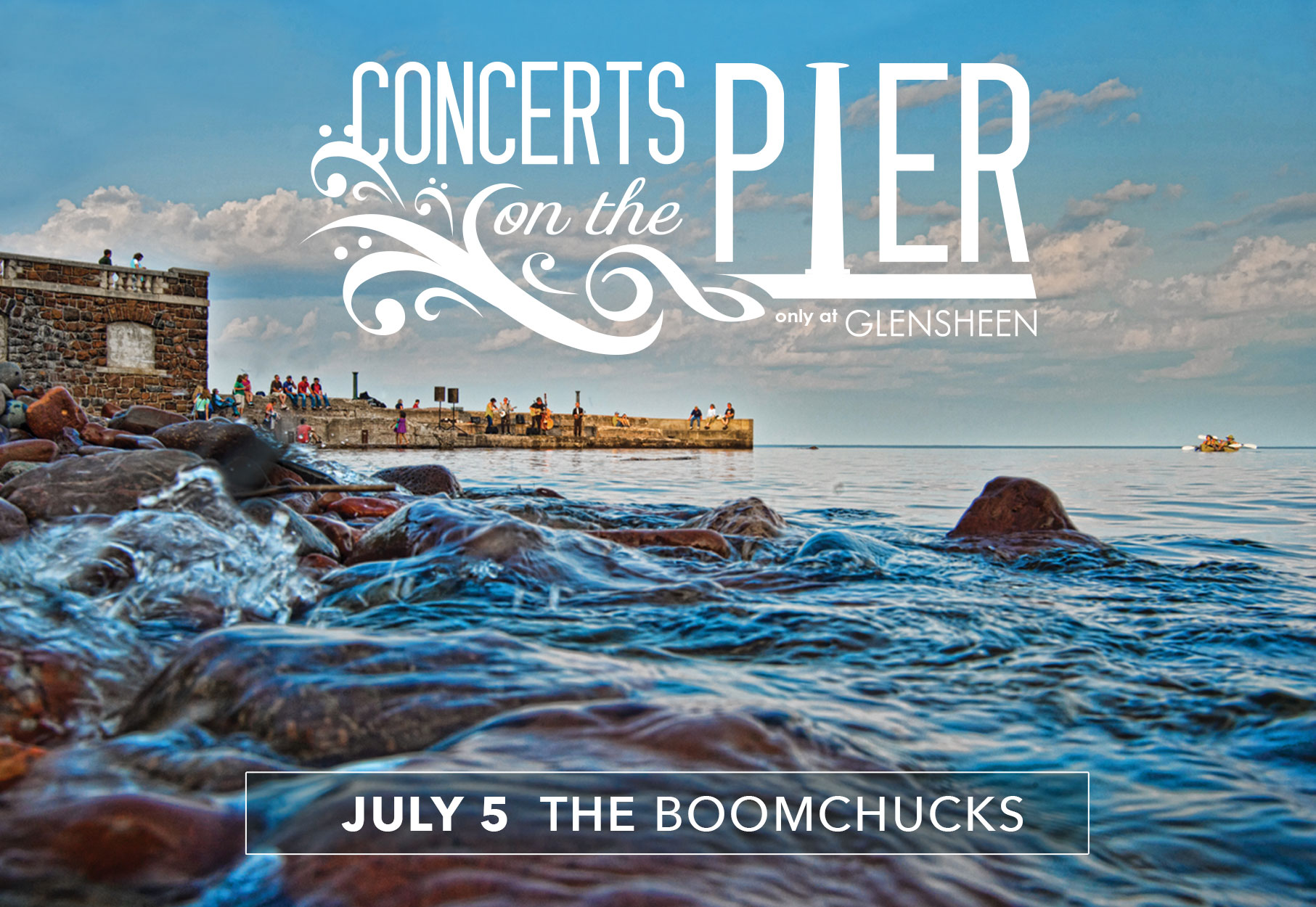 Join us for an evening of Minnesota music on the shores of Lake Superior!

On July 5th, Glensheen kicks off its free Concerts on the Pier series with the The Boomchucks.

The folk-rock stylings of The Boomchucks are deeply rooted in Duluth’s music scene. The duo was formed in 2008, after each member had already spent more than a decade performing in the Zenith City. Led by songsmith Jamie Ness on guitar and lead vocals, drummer Brad Nelson drives their tunes into a foot-stomping rhythm that pulls people out of their seats and on to the dance floor.

Free concerts have been happening at Glensheen every Wednesday night in July for many years. However, in recent years, all of the bands began playing on the 100-foot pier extending into Lake Superior. Each of the bands have Duluthian ties making the series a showcase for our region and Minnesota’s talent.

Concertgoers line Glensheen’s Lake Superior shoreline while kayakers and boaters enjoyed the free music from the water. Concerts on the Pier is a celebration of the lake, local bands, one of Duluth’s historic locations and Minnesota.

Pair the event with a tour of Glensheen!

Every Wednesday evening this summer, Glensheen will be offering extended hours until 7 pm for the Classic and Full Mansion Tours!