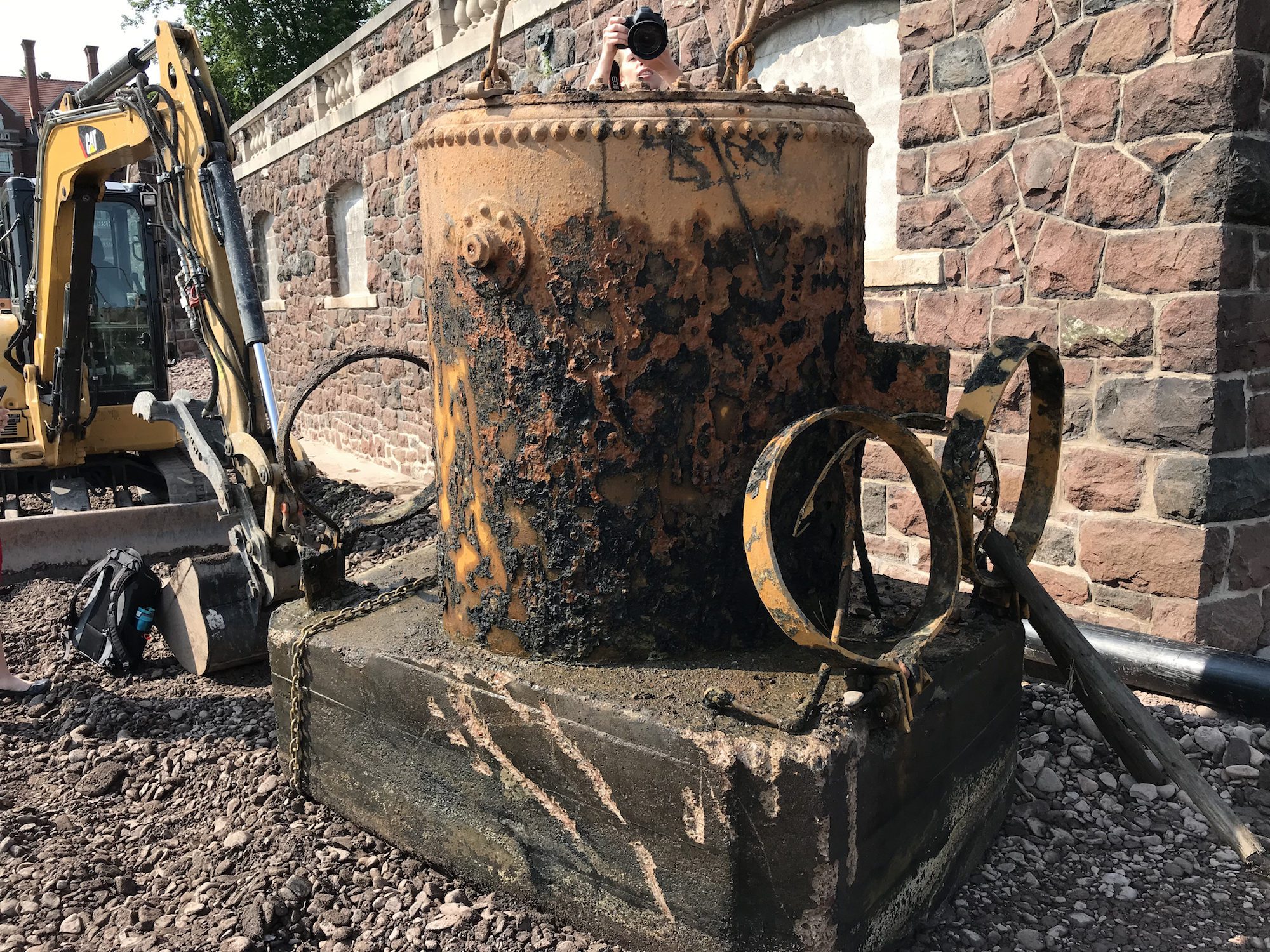 We found something cool.

Or rather, a construction crew dug up something cool that we already knew was there. While cleaning up the boathouse, an excavation crew uncovered the massive diving bell that’s been submerged underwater (and then rocks) for decades. 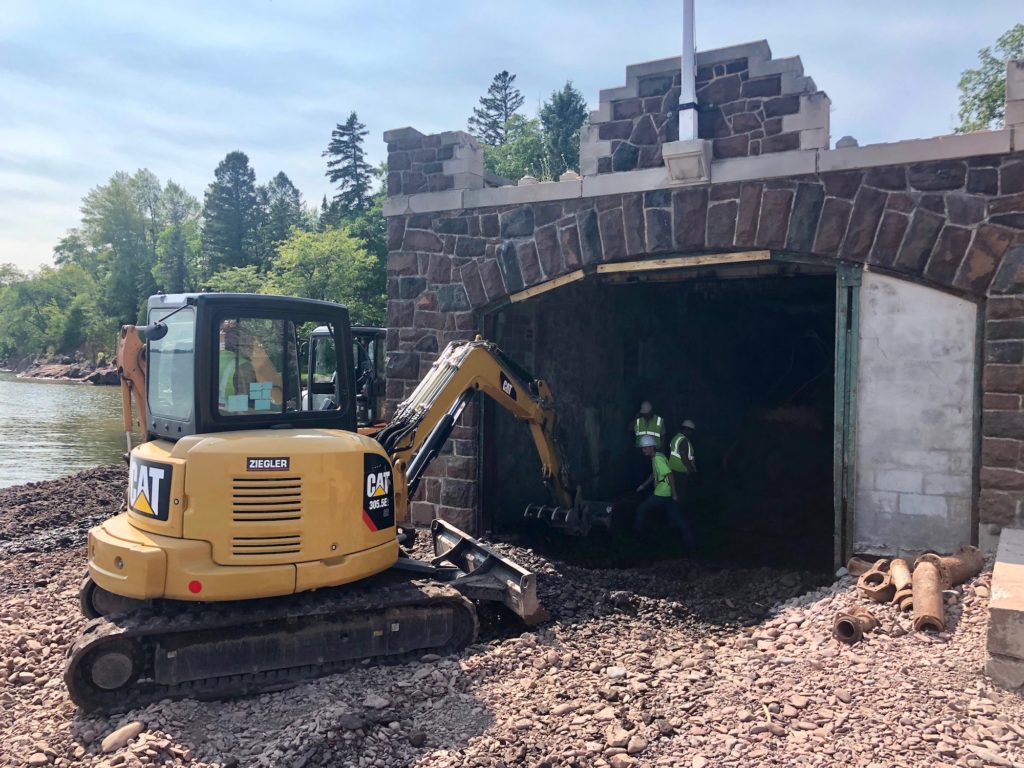 I, for one, had only seen the top of this contraption before last Thursday. The majority of the diving bell was covered in rocks during the big October 2017 storm, just about a month after I started tour guiding at Glensheen. Before yesterday all I’d seen of the bell was the wiring at the top, and that was completely buried under even more rock this past fall. 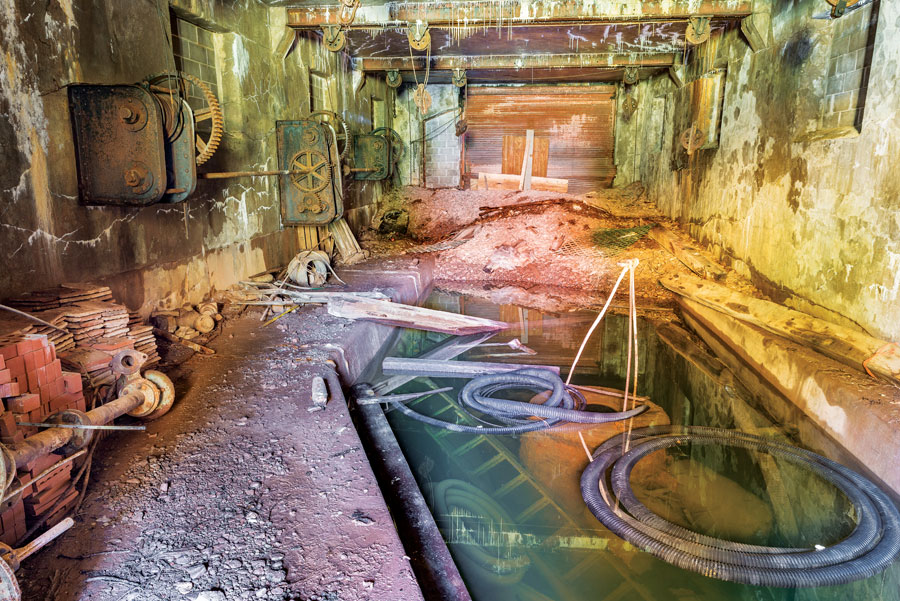 Photo courtesy of Bryan French, May, 2017

What is a diving bell?

Not going to lie, before last Thursday I thought it was some sort of buoy-like contraption people would drop in the water to mark where they had jumped in (or at least something along those lines). Turns out, that ain’t it. 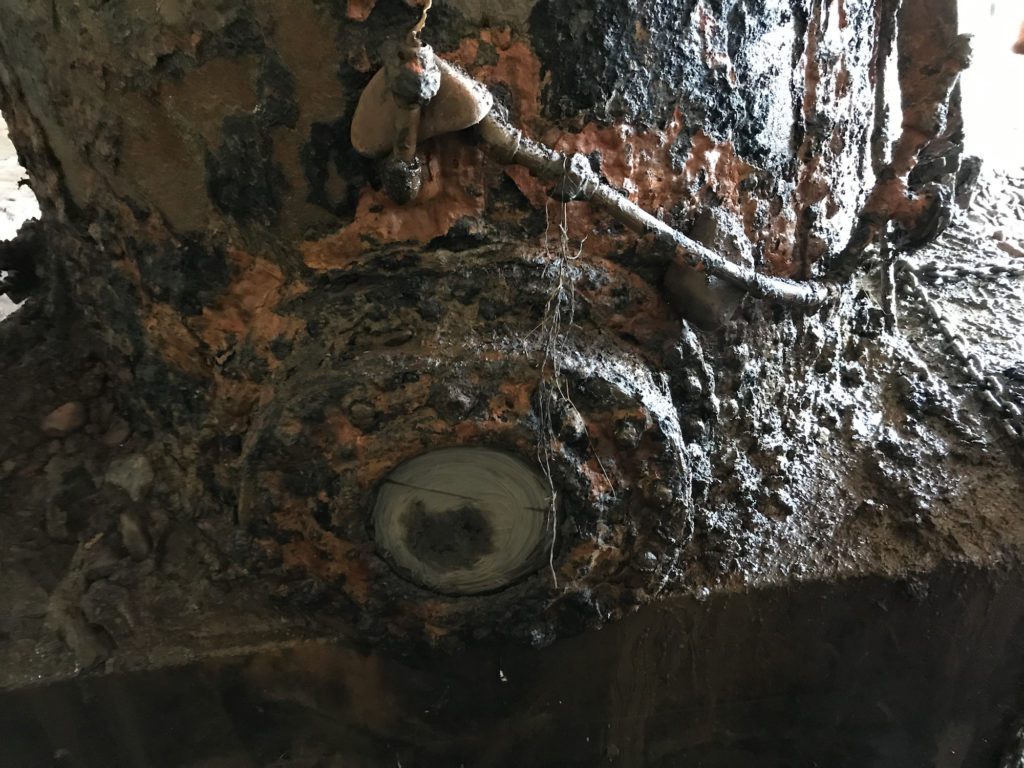 We’re not exactly sure how this worked, but we believe people would drop it into the water and the hollow bottom would create somewhat of an air bubble once submerged, kind of like when you put a cup in water and the inside stays dry. This allowed people to swim into it from underneath, so essentially it’s like a low-tech submarine or a giant diving suit. 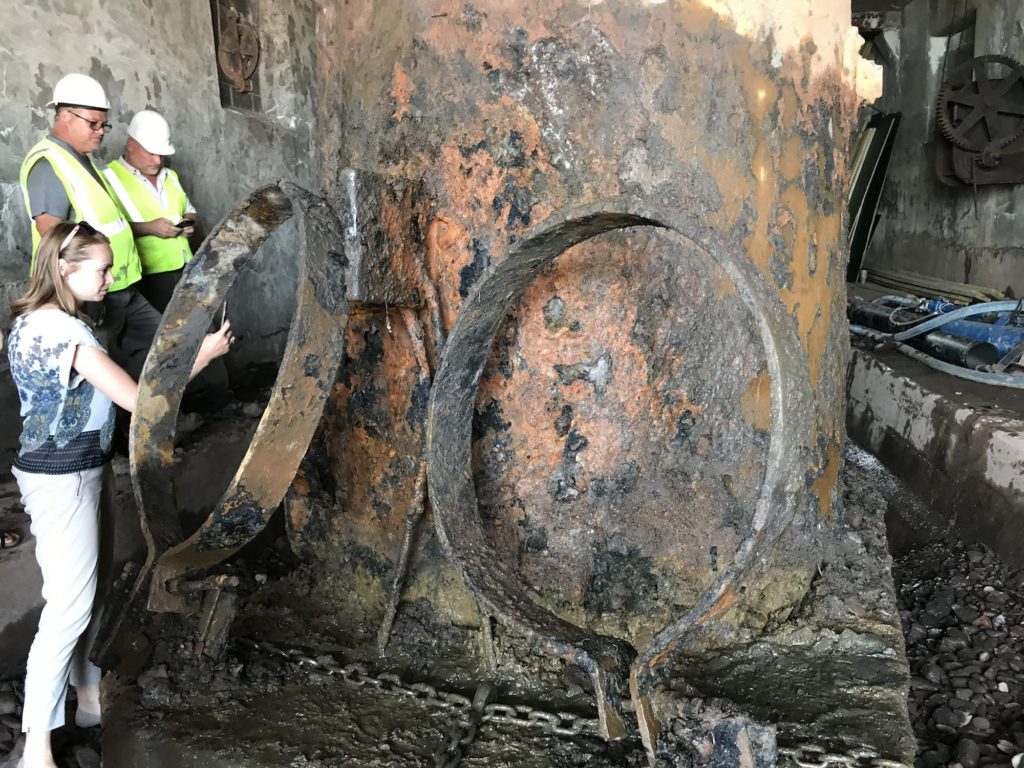 It likely belonged to Alfred Bannister, Clara’s nephew who lived with the family. Alfred was the family’s resident water expert. He sailed the family yacht, the Hesperia, from New York to Duluth and even lived on a boat at one point in his life. 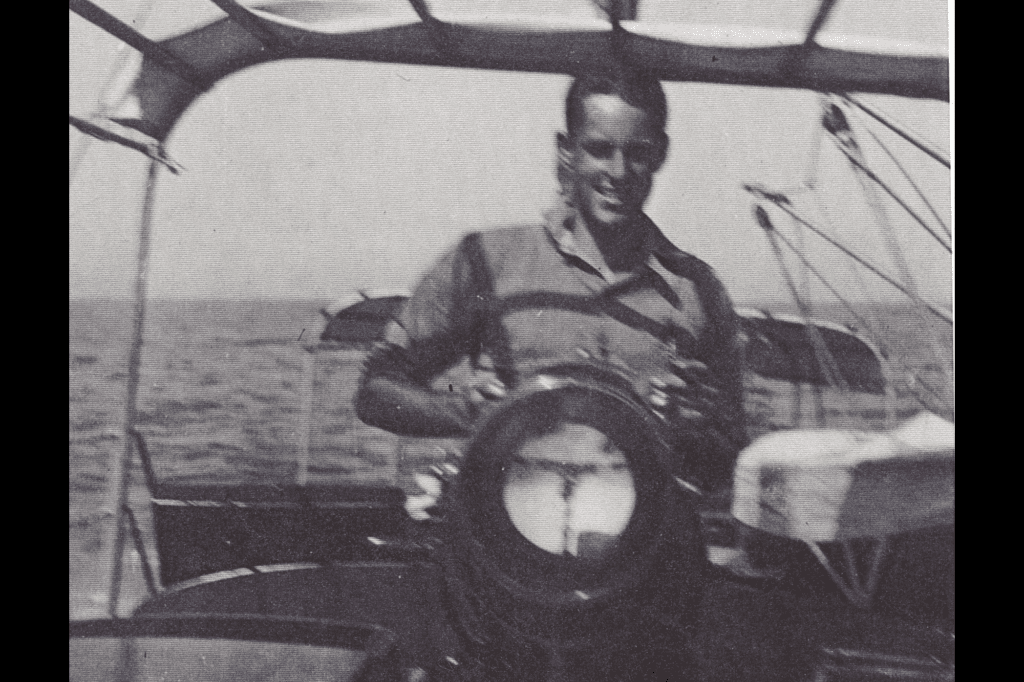 Alfred on the Hesperia

What does this mean for Glensheen?

For now, all it means is we’ve got a very large, very rusty lawn decoration. In the long term, we’re not sure where this bad boy will end up. Our dream for it is to stay local, but the likelihood of it staying at Glensheen is low. Ideally it would go to another museum nearby, hopefully one that will be able to keep it in a temperature-controlled environment. However, we haven’t totally ruled out keeping it here if the right solution presents itself. 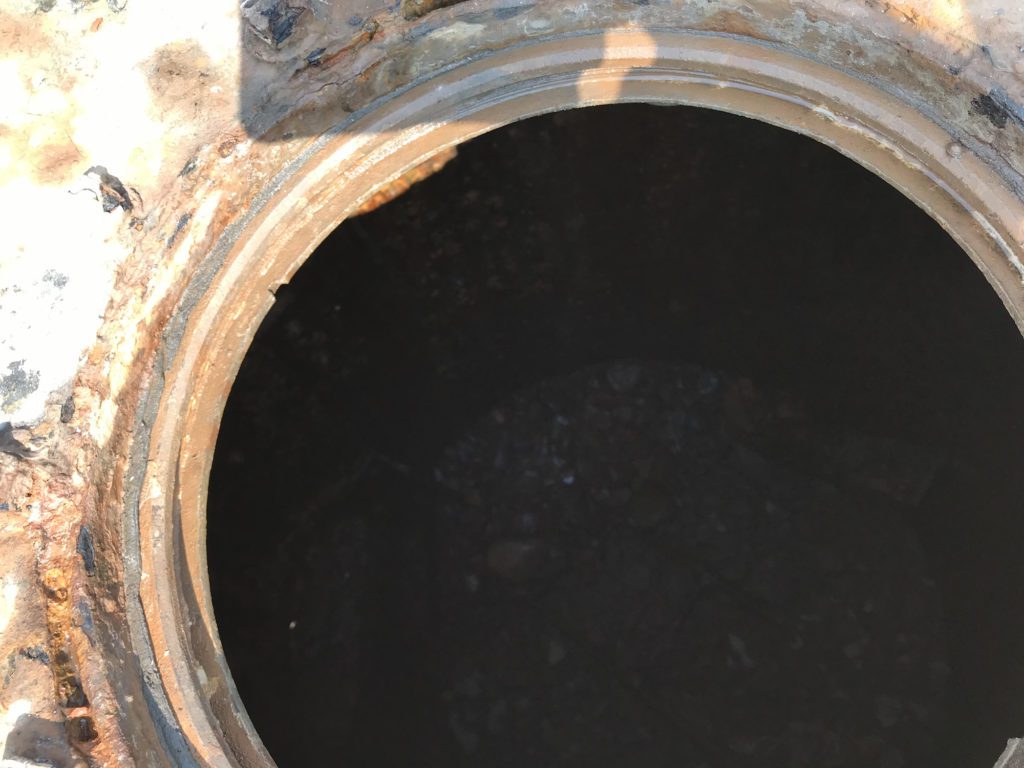 The diving bell won’t live at Glensheen forever, so be sure to get to Glensheen ASAP to see it and all the other objects we dig up before they’re gone! 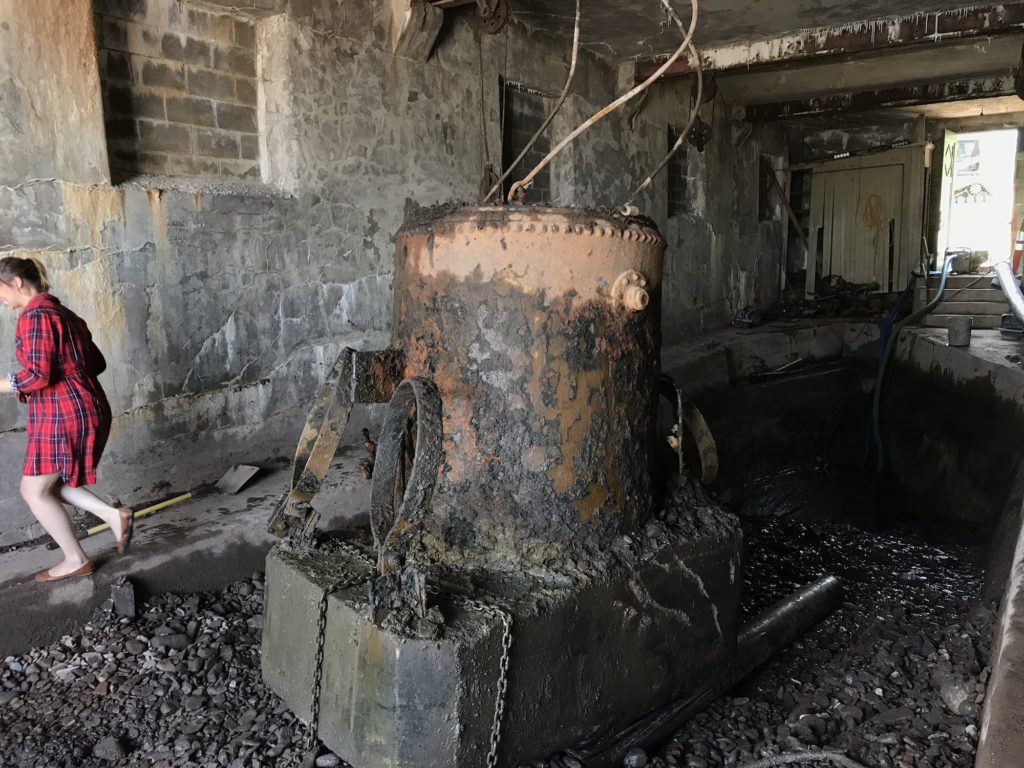