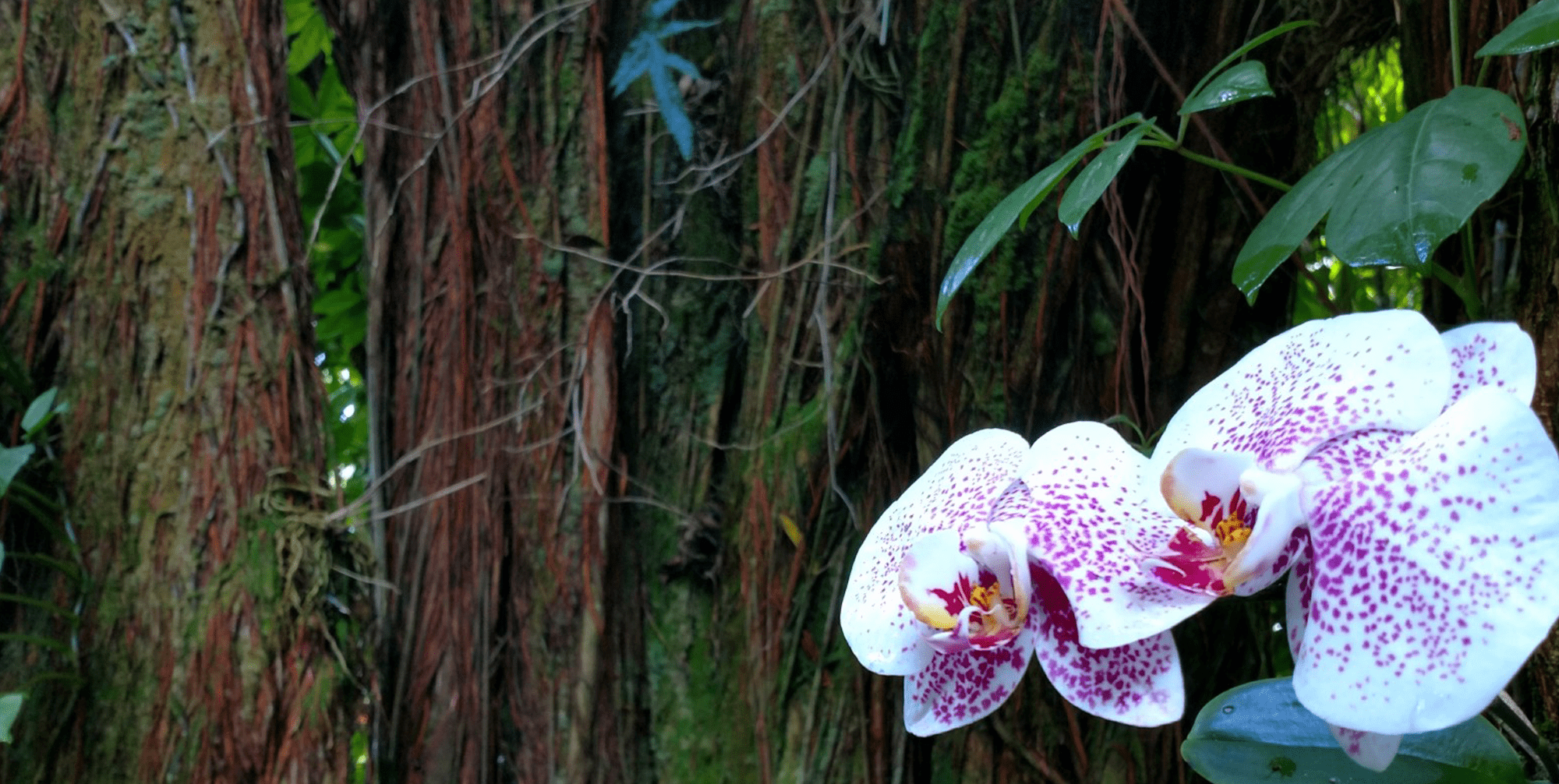 H is for Horticulture (and Hawai’i)

The horticulture world is rarely talked about with numbers and graphs in everyday conversations. Usually, as consumers, we talk about color, seasonality or size at an arbitrary value. But there is a whole world of scientists, growers and farmers that rely on research data to grow the best varieties, colors and numbers of each cultivar

Welcome to the world of the American Society for Horticultural Science (ASHS for short… that is such a long title)! This is one corner of the horticultural world. There is everything from the American Bamboo Society to the Historic Iris Preservation Society to Pomoculture and Floriculture societies! Each society brings a depth of knowledge to the overall horticulture realm that we rely on as a culture. They are the ones that do research for our conventional and organic farming practices, best petunia growing practices, hydroponics, pomoculture (fruit trees), viticulture (vine crops — like grapes) and so on.

I had the brilliant opportunity to travel to the ASHS conference with my director to see the tip of the iceberg of research that we could potentially use at Glensheen.

Before we get into what we did and what I learned there, let’s chat about how I found myself in Hawai’i at a horticulture conference when I am just a gardener at a historic house museum. I know that it seems like these things clash a bit, but there are many attributes about Glensheen that actually make it a perfect fit for a horticultural conference, here are 3 of them. 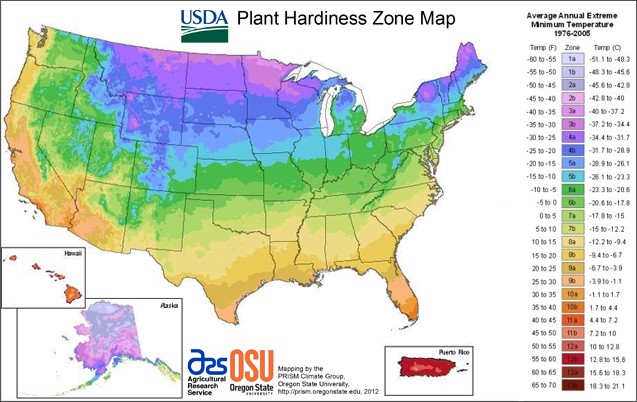 The plant hardiness map shows what the lowest temperature a location will reach. Each perennial plant is classified to a zone. Take a look at Minnesota, Glenshen resides on the tiny sliver of 4a on the eastern edge of the state. We have been known to grow perennials in 4b as well. Image from the USDA.

Now that we have the why, let’s talk about what we saw in Hawai’i and about the conference itself.

It was located on the Big Island of Hawai’i in Wailkoloa, on the northwest side. 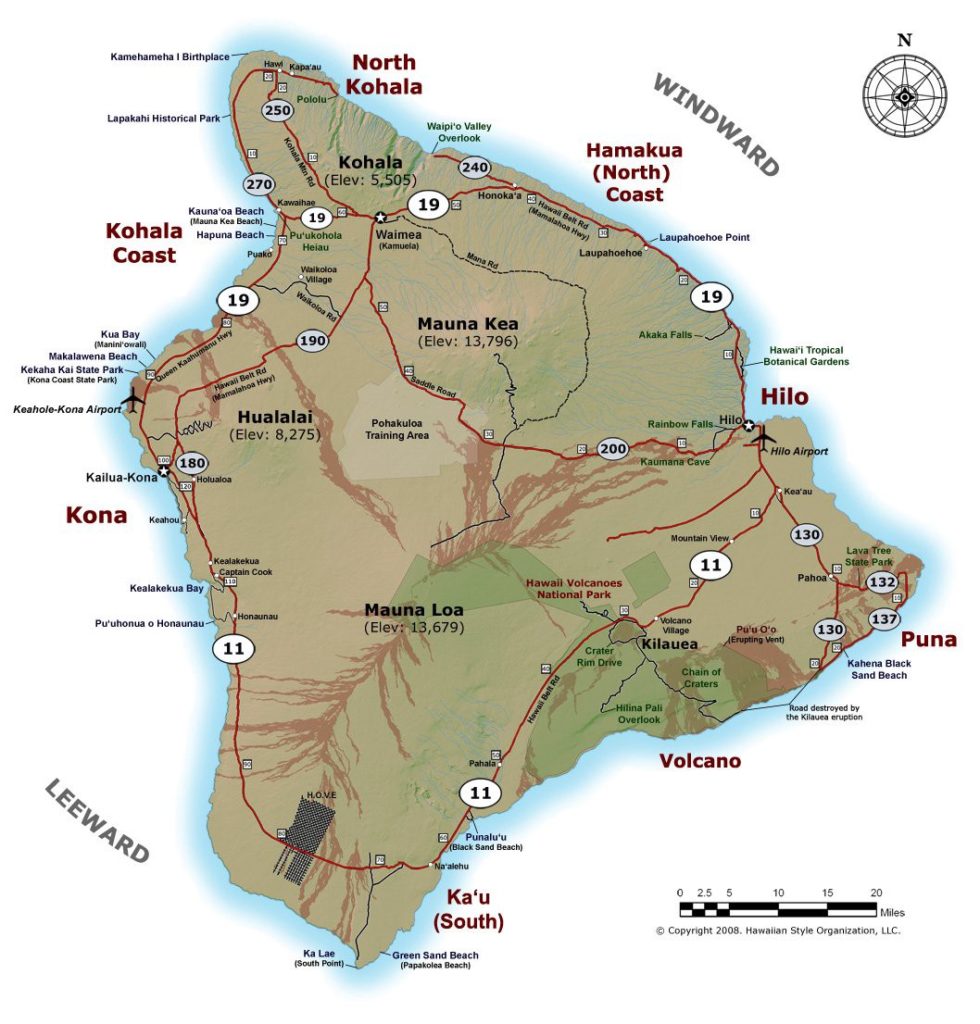 Before the conference began we traveled to the Hawai’i Tropical botanical Garden. It was brilliant to see how they displayed their tropical plants in their natural habitat. 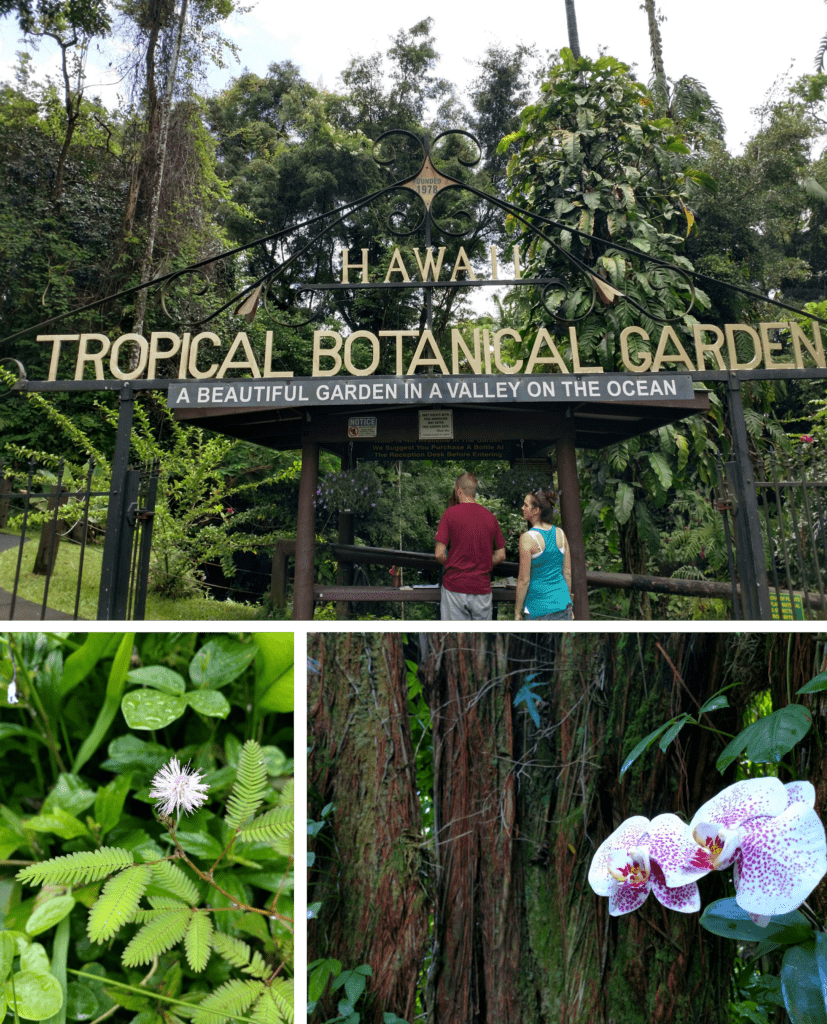 On the left is a Mimosa sp. also known as “the sensitive plant”. It will droop when touched as a defense mechanism. On the right is an orchid variety (I think its a phalenopsis). They had loads of orchids displayed on their trees on the walk through the rainforest. 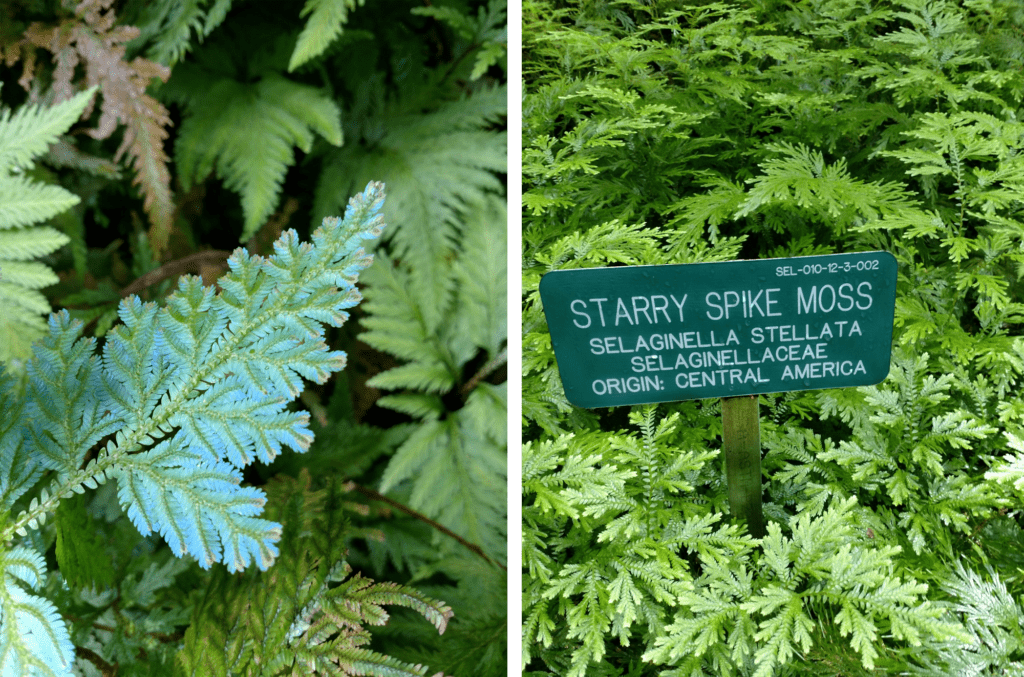 The Selaginella stellata on the left had a dazzaling blue tint to it. It was a spectacular spikemoss to have on display 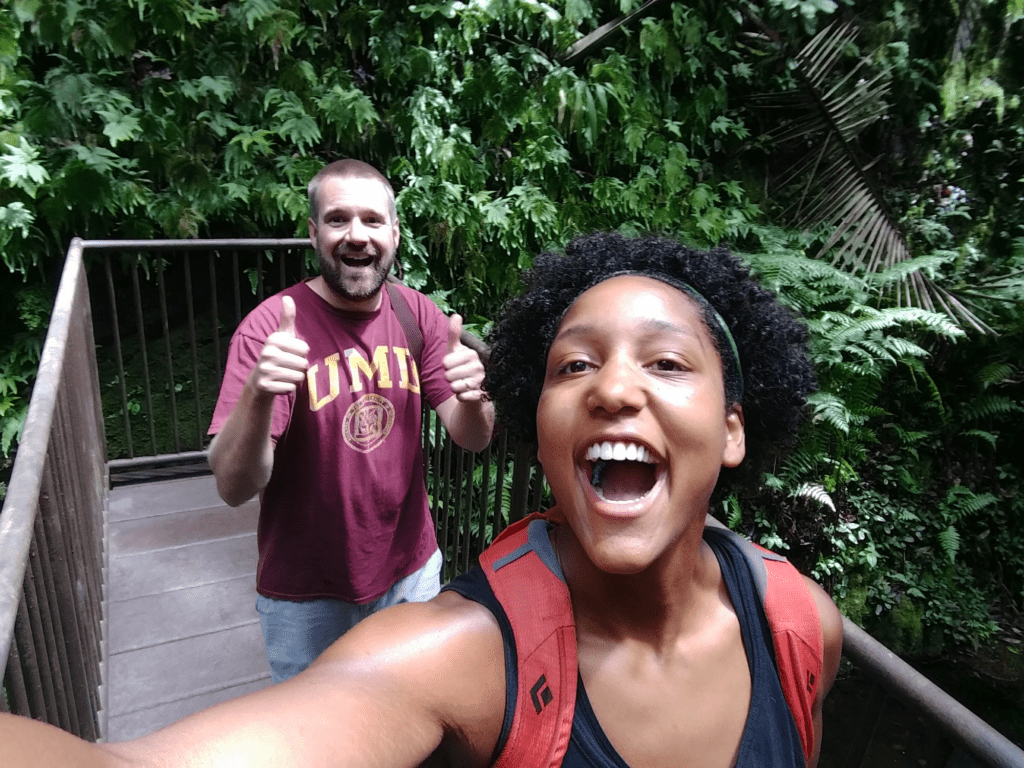 We really enjoyed the botanical gardens! We were in a climate sovery foreign to Minnesota. But we loved the humid, dense air of the rainforest surroundign us.

As the conference began it was broken up in to different topics divided in each room. The sessions would generally be an hour and a half to two hours filled with several, 15 minute talks. As the talks were going on, there were also two large rooms filled with several rows of posters. The posters were up for the majority of the conference. Sometimes the authors would be there to chat about their research, but often you had the time to read their research and analyze their reults. 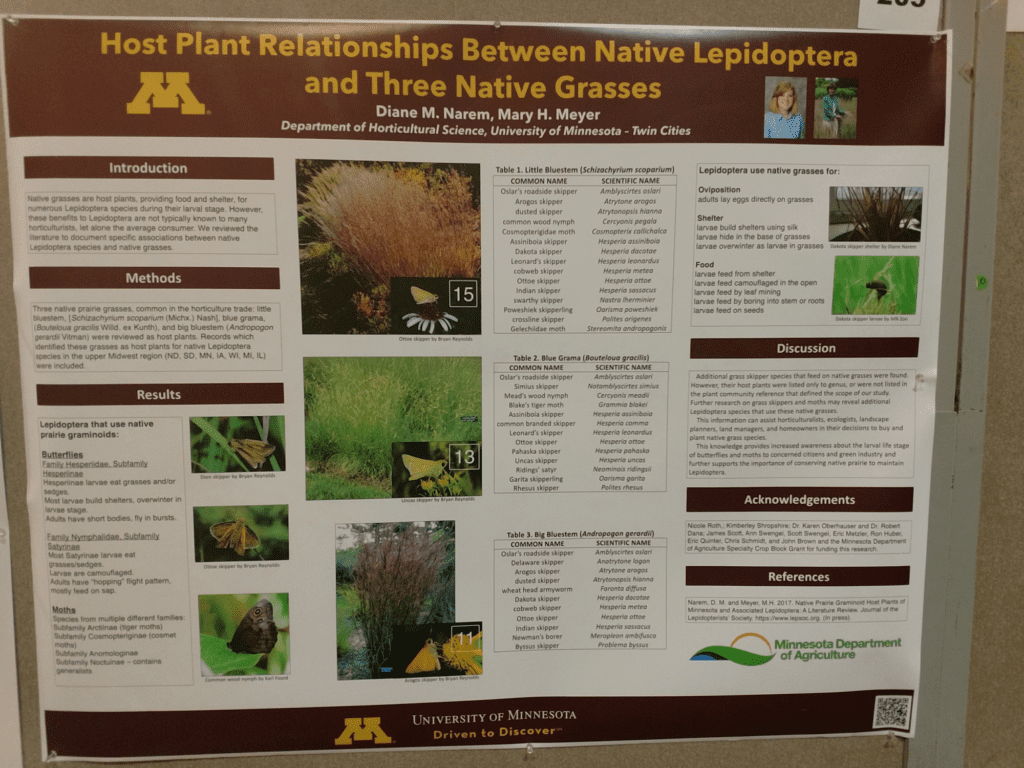 Above: The general poster outline. It is agreat way to spark an interest in a topic. The researchers have limited space toprovide information, so the posters are jam packed full of what could be a thesis paper or disortation. 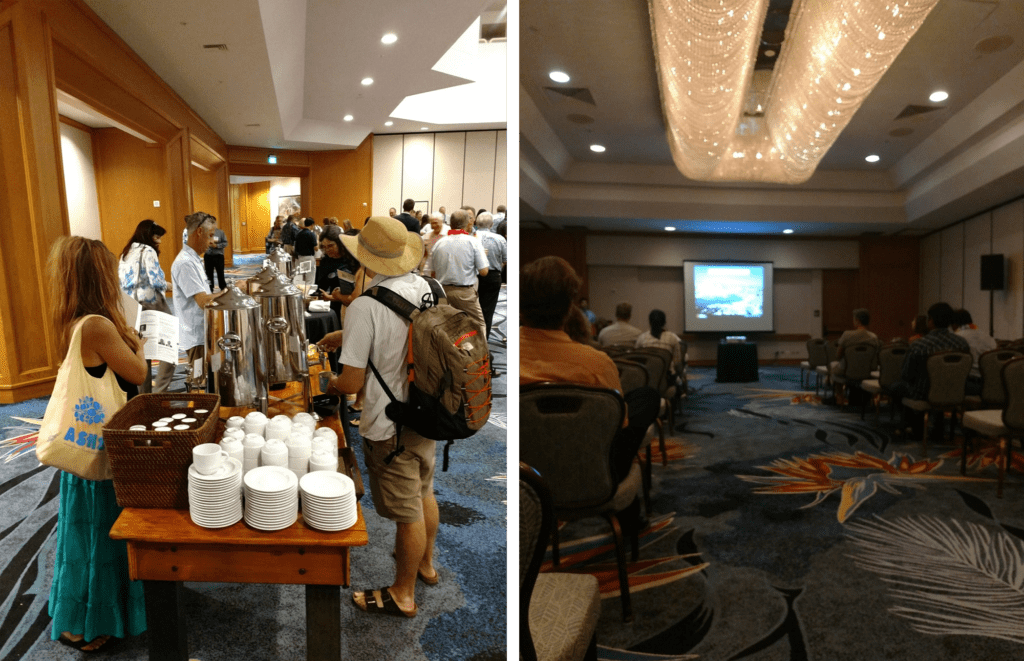 Left: The most important part of any conference is the coffee. Kona (a town south of where we were) is known for their delicious coffee! Right: The typical room setup for the talks. This one specifically was called Scholars Ignite! Where students gave 3 minute speaches that were judged by a few people in the audience (if yopu have ever been to a forensics meet, it was similar to that).

There was so much information that came from this conference, but here are a few of the take-aways that I had:

1.There were a few sessions put on by the universities extension programs. One of them focused on the Master Gardener Program. The Master Gardener pogram “provides intensive horticultural training to individuals who then volunteer as Master Gardeners in their communities by giving lectures, creating gardens, conducting research, and many other projects.” (AHS via http://ahsgardening.org/gardening-resources/master-gardeners). There is a large need for more Master Gardener programming, more areas where they can teach from and get the word out on great gardening practices. With the gardens that we have at Glensheen, there are a lot of teaching and volunteering opportunities! We have 46 gardens that are waiting to be taught about and worked on by knowing hands.

2. Irrigation (watering practices), heat and light were also huge topics for the growers. Of course most of us know how plants generally receive energy and how they grow. One of the key ways is photosynthesis. The plant receives light energy and then with the help of water (H2O) it turns it into chemical energy that can be used later on. Most of us remember the basics of photosynthesis from 8th grade science class, but if not, there is a handy diagram below!

The most interesting part that caught my ear is that too much of a good thing ultimately kills your crop or plant. Be that it a cut flower for a wedding bouquet, fruiting trees at an orchard or bedding plants for the local gardeners. But then again not enough of what a plant needs also kills it or at least makes it weak. Along the same lines was not giving a plant what it needs at the correct time (timing is huge in the horticultural world). It was like listening to a psychologist talk about child development. During these talks they hit on topics such as how to reduce the amount of sunlight that a plant is receiving in high UV climates (photo below to the left) so that they leaves do not burn. And then someone asked the question, “it is best to espalier fruits vertically, or in a “v” shape in order to receive the maximum amount of light in low to normal UV climates?” (photo below to the right). Listening to these talks made me excited to try some of these practices. Chester Congdon (the man who built Glensheen) appeared to be a fan of fruit trees and experimenting with them. I am excited to grow our tree and vine fruits in the ways that I learned from this conference and to learn how to “listen” to what each cultivar needs. 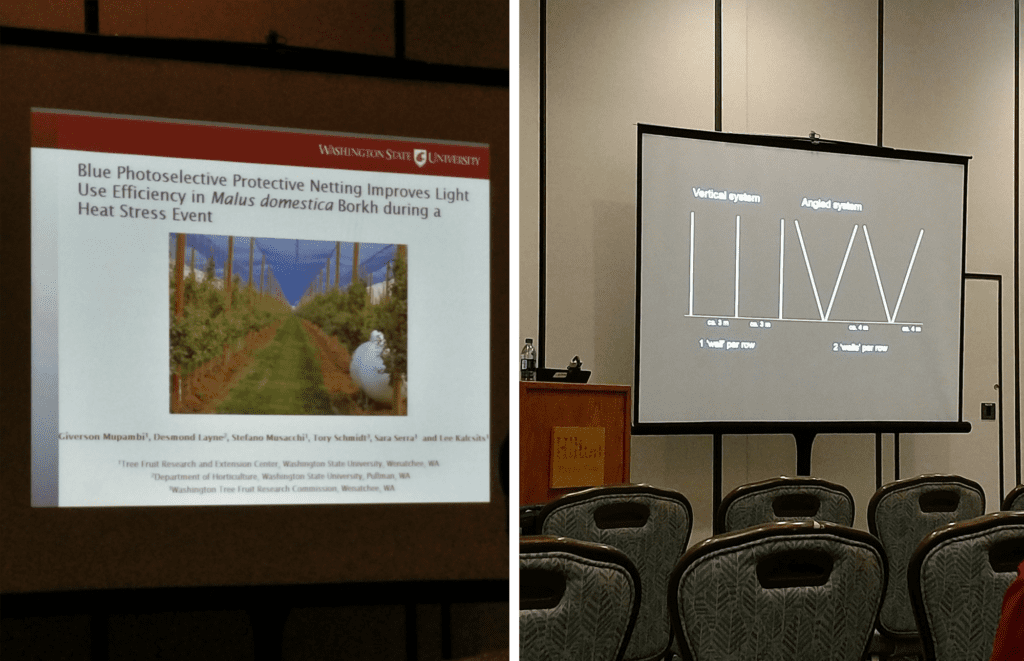 3.There was also a talk on that it might be wise to put Salvia through a low irrigation “drought period” after it has germinated and is well on its way to being a mature plant. The results were that the continual low irrigation gives a grower a nice compact Salvia plant (like you see below). And the compact plant is the one that growers will want to sell and us as consumers will want to buy. 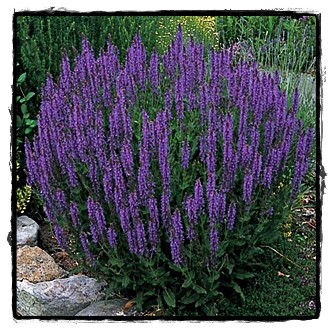 As the person who is designing our gardens at Glensheen I am always looking for the best looking bedding plants and shrubs at the greenhouses. As well as how to keep their shape and compactness as the season goes on. It helps if I have a local grower that I can ask questions to. Research like the salvia one above give me insight on how to do that. Of course it varies from plant to plant, but that is the brilliance of trialing varieties, sometimes they go how you want and other times you just think to yourself “well, that wasn’t the ,most attractive thing that I’ve seen…I’ll try something different next year”.

There are plenty of other topics that I could write about! The conference was jam packed full of fascinating research that left me with the desire to join the pursuit of scientific horticultural research! But I also realized that I really enjoy being on the consumer end and having the ability to educate at the consumer level.

Our final day was spent at other historical places such as the Greenwell Coffee Farm (which, they don’t call it historic, but they have been in operation for over 100 years at that location). I drank way too much coffee this day, but it was worth it. One thing I loved about being here as a tourist is seeing the product. This is something that we also do at Glensheen in the vegetable garden, but I rarely get to experience it from the visitor standpoint! 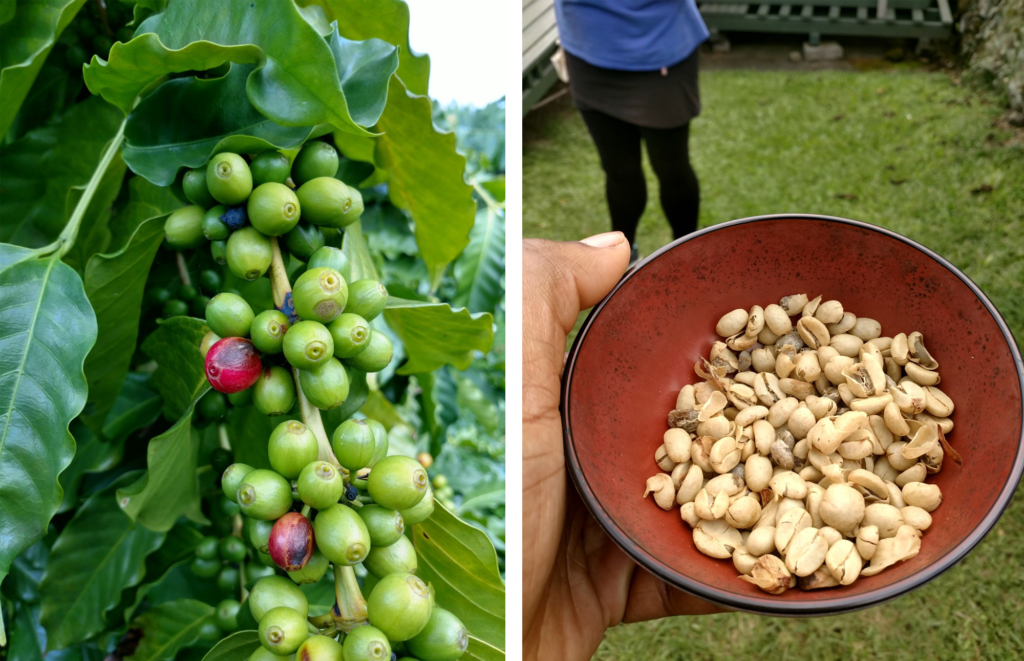 Above left: this is where your coffee begins! The fruit of a coffee bean is called a cherry. The red ones are ripe and are ready to pick. Above right: this is nearing the end of the bean’s journey. This is what it looks like after the cherry flesh is taken off and they are dried (image below) and before they are roasted. 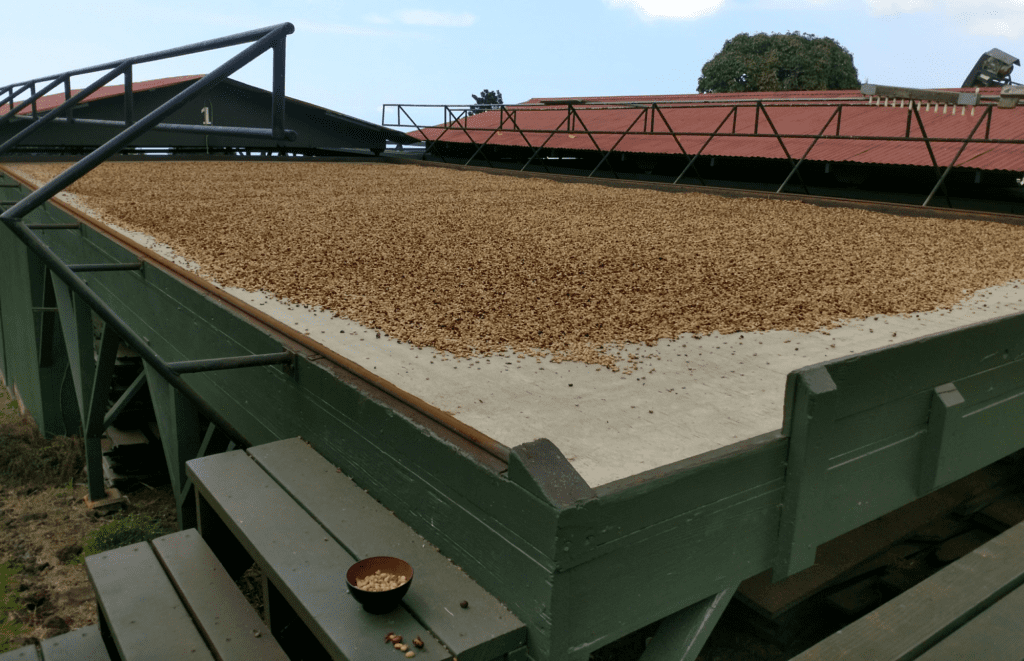 We also visited Hulihe’e Palace in Kona. Unfortunately there are no pictures allowed inside. It was brilliant to hear about the royalty of Hawai’i’s past as well as to get a tour of the beautiful home. Although quaint and smaller than what you would think of as a palace, a lot of Hawai’i’s history happened here. 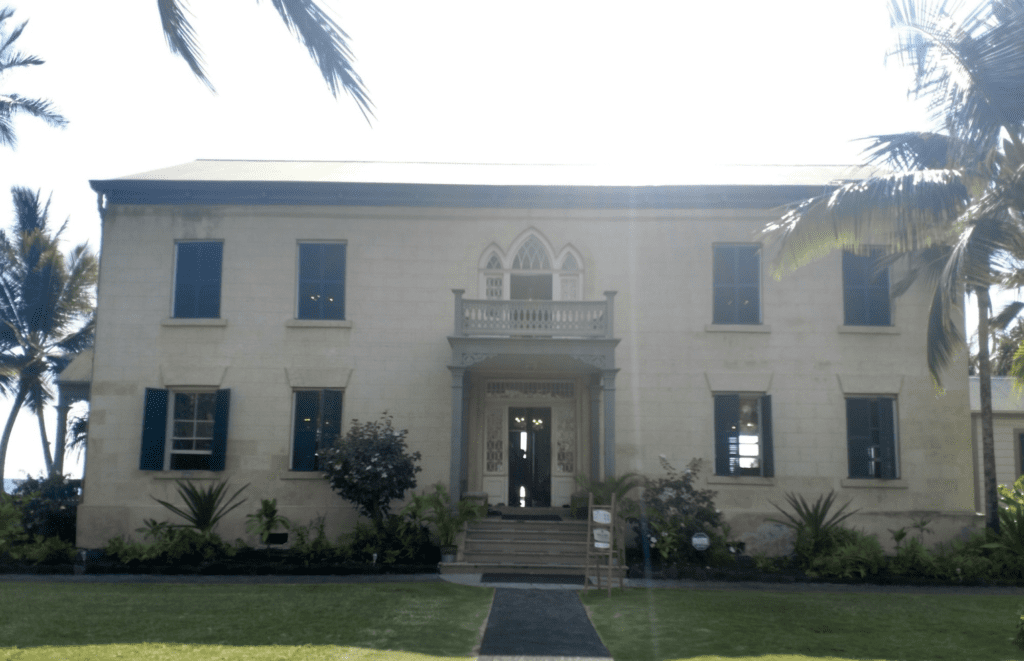 And then home again to my garden plot in northern Minnesota, 3,981 miles from the Hawai’i ASHS conference. I am excited to put what I have learned into practice! 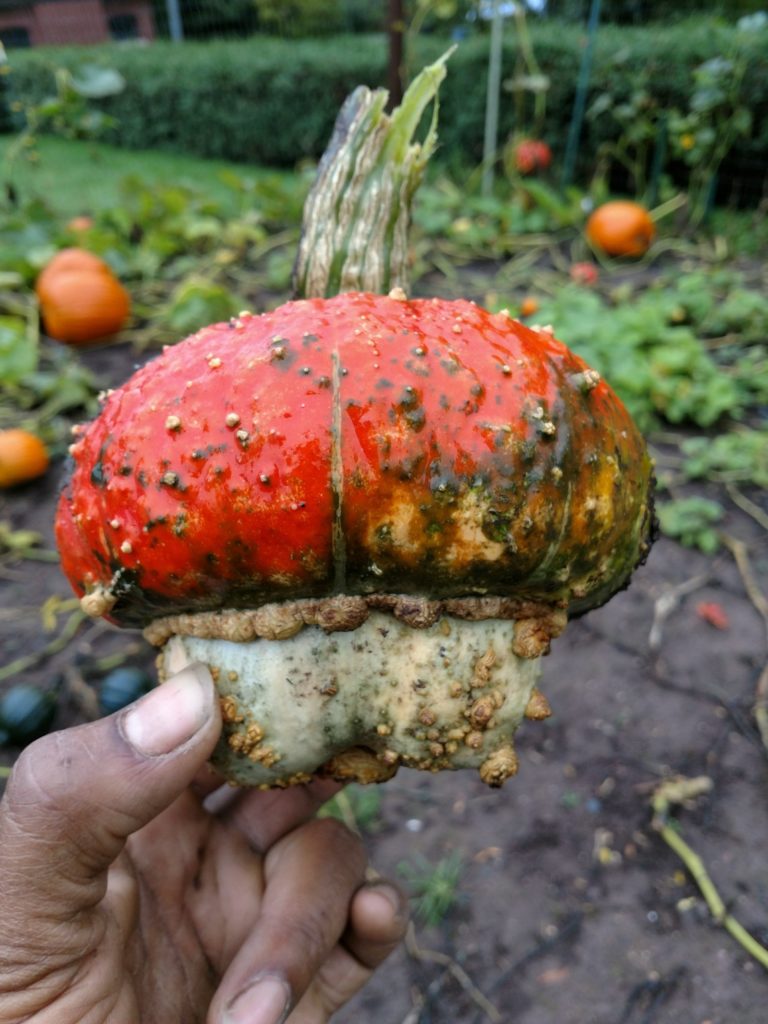 Tiny Turk Squash (cause, why not?!)