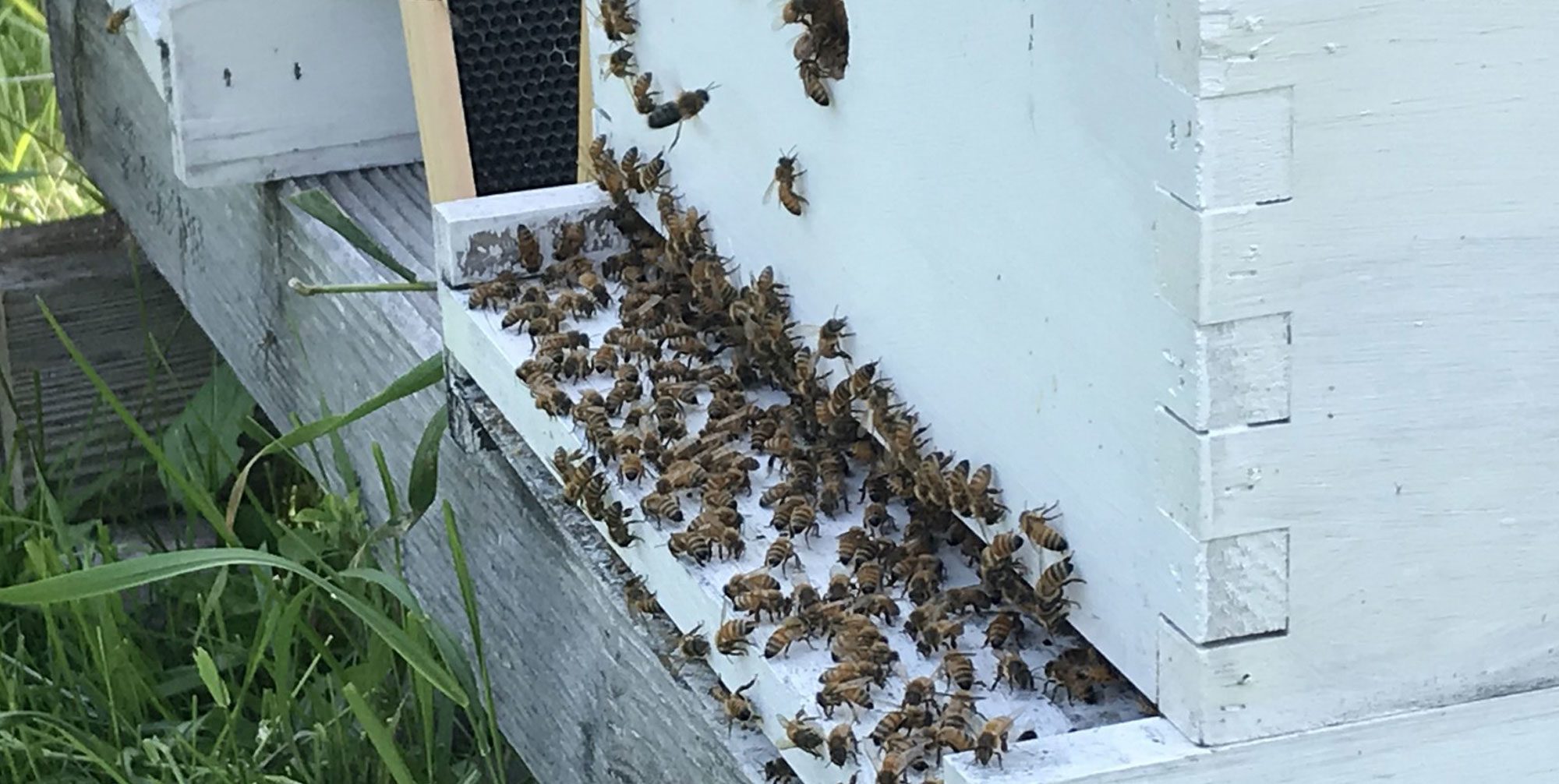 What’s Buzzin’ in the Bee Space – How to Bee Helpful

It was 84 and humid when I took the above photo. Most of the bees are fanning out moisture to cool the hive!

Today our friendly bees face numerous challenges yet they still play an incredibly vital roll in our ecosystem. Across the country our lovely pollinators struggle as dieseases like American Foulbrood, pests like the varroa mite, and the neonicotinoid pesticides slowly drain the life and ultimately kill entire colonies. And honey bees aren’t the only ones who struggle.

There are some 4,000 species of native bees in North America, and while the best known bee is the Honey Bee, they aren’t native to America.. Honey bees were brought over in the 1700’s with European settlers. Now they play a large and vital role in pollinating our food, but our native bees are just as vital and face many of the same problems. The Rusty Patched Bumblebee was added to the endangered species list 2016 due to loss of habitat and pesticides killing them.

So how can we help the bees and other pollinators?

First and foremost, by helping native bee populations or keeping honey bees, we promote growth of native populations and support the local environment with pollinators which are essential for many plants to live and bear fruits. Since many native bees suffer mostly from loss of habitat, providing housing is an easy way to help.

Just like the honey bee, hundreds of species of solitary bees work hard to pollinate and raise their young. Two particular species are incredibly easy to care for and are basically your own personal pollinators. Both native to North America, the mason bee and leafcutter bee are docile and friendly pollinators. Due to a short flight range of several hundred feet, these hard workers will tend to your gardens with unparalleled devotion. 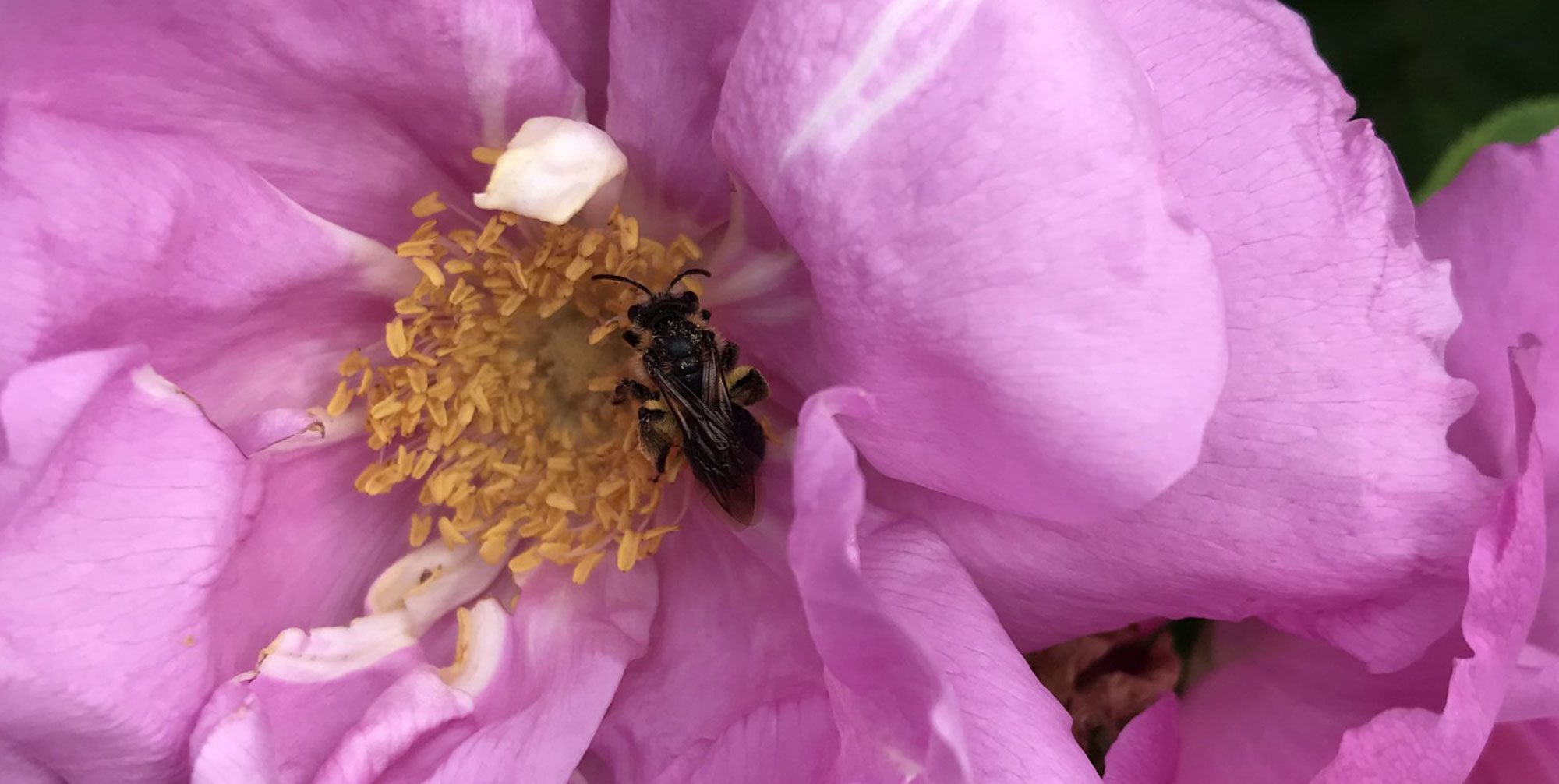 A cute mason bee filled her legs with pollen at Glensheen!

Coming at different times of the year, the mason bee emerges first during spring. Mason bees use clay heavy mud to build their nests, laying a single egg caked in pollen. They are excellent pollinators of spring time blooms like apple trees and dandelions.

Leafcutter bees emerge during mid-summer and as their name suggests, they cut sections of leafs and flower petals with their mouths to build their nests. Leafcutter bees will take over pollination duties for your mason bees as their spring season ends. Mid summer flowers and veggies like tomatoes are all beloved by the leafcutter bee. Hot and long summers will sometimes even see a second generation of leafcutter bees hatch. 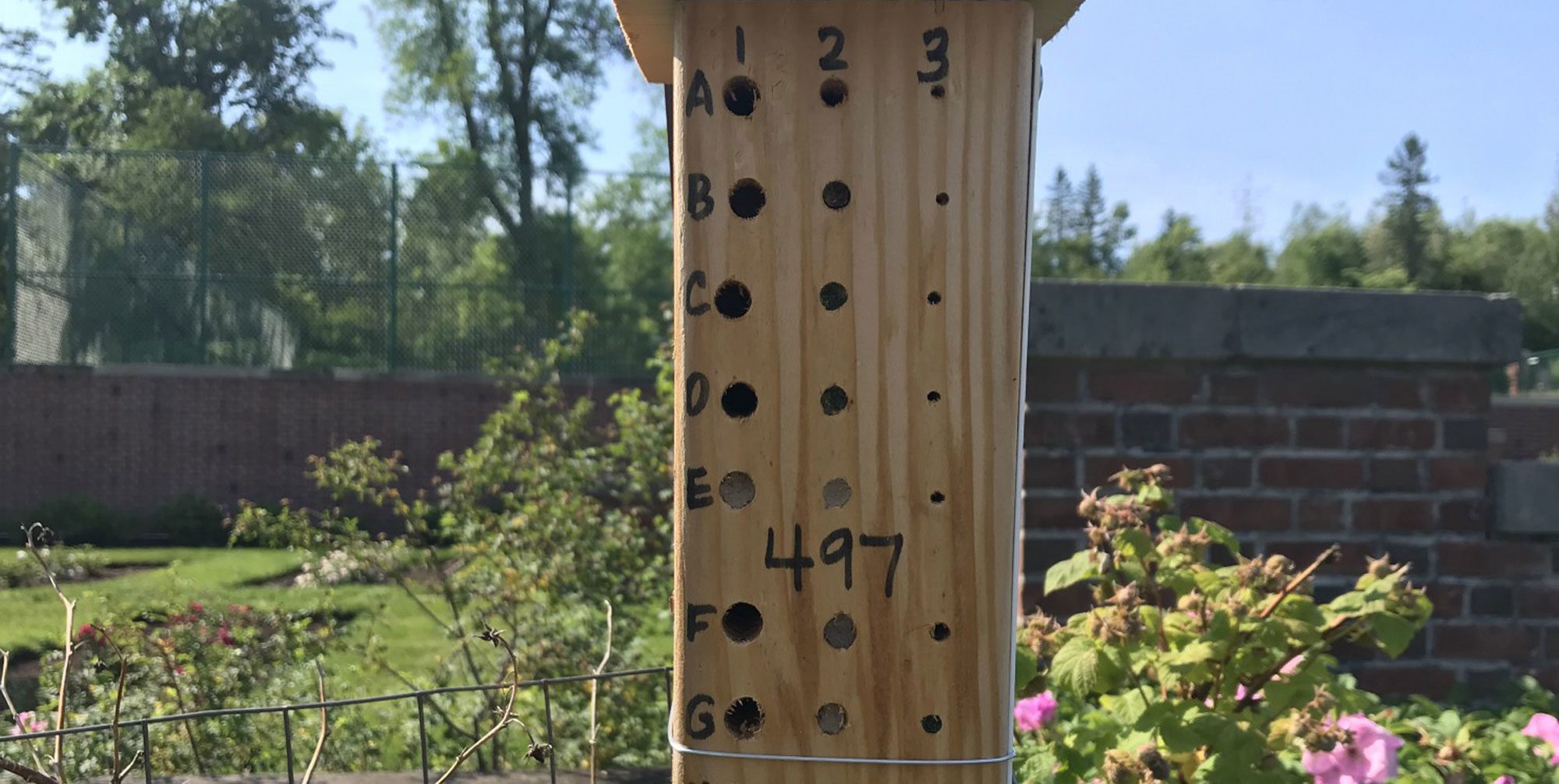 Our beehouse at Glensheen is provided and cared for by the University of Minnesota’s Bee Atlas program. To find out more go to z.umn.edu/beeatlas

You own bee house

As opposed to a weekly and later biweekly schedule to care for the typical honey bee hive, setting up a beehouse for leafcutter and mason bees is cheaper and it only requires attention a few times a year. First a simple abode must be purchased or made. A simple design of an open faced box filled with empty wooden tubes is enough for your bees. Intermixing tubes of 6 mm and 8 mm is ideal as they are the spaces preferred by mason bees and leafcutter bees, respectively. There are many guides online and pre-built bee homes available.

Once a suitable home is assembled, place it near your garden. You’ll want the house to get some morning sunlight, but also be sheltered from strong winds and inclement weather. Then simply order some cocoons. You can find a variety of companies that will happily ship you mason and leafcutter cocoons. Some companies even incubate the bees so that when they arrive at your door they are ready to rock and roll. 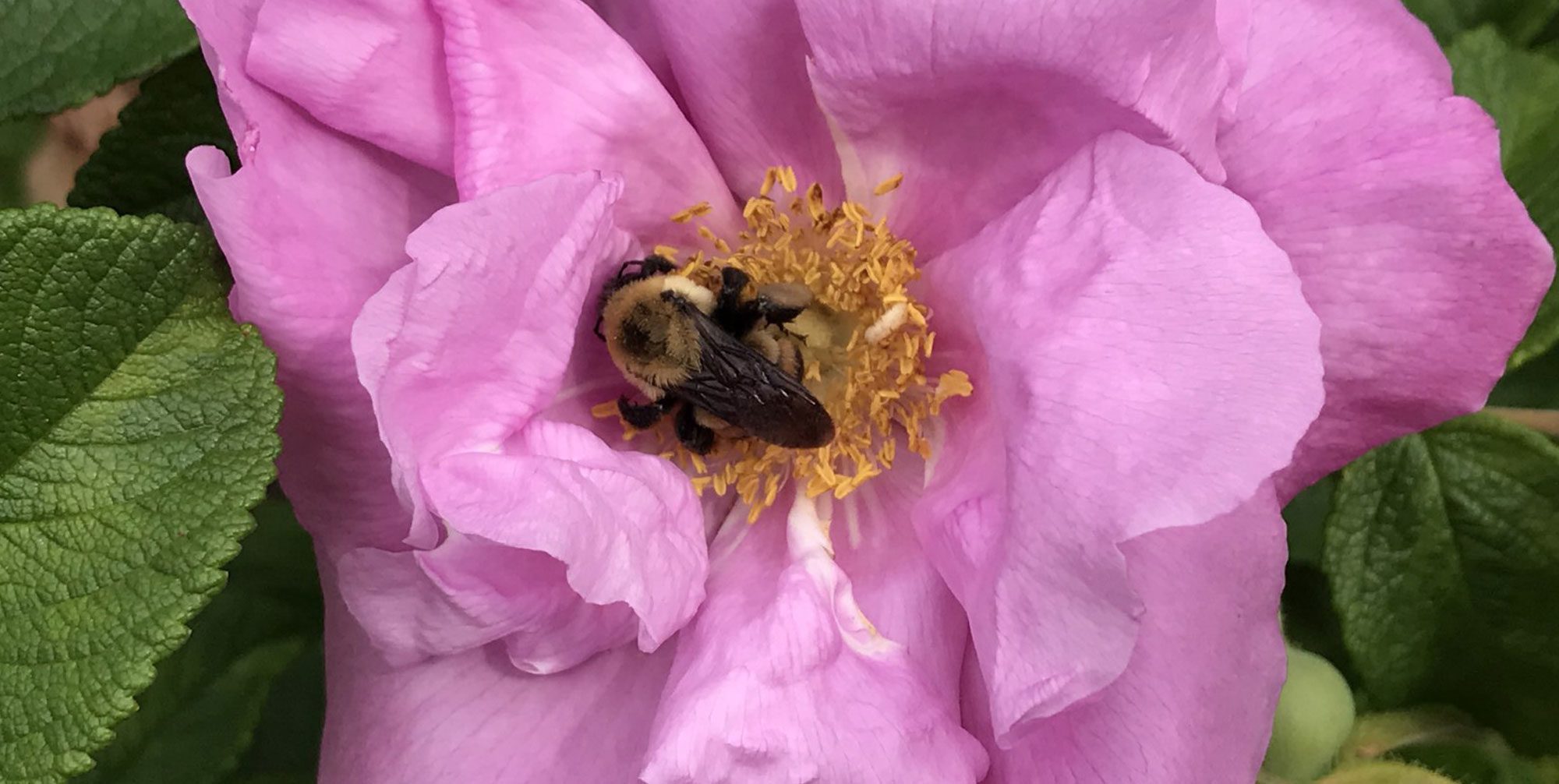 A bumblee doing her thing!

Once your bees are in their new home, you’ll only really need to visit them twice more in the year. At the end of mason bee season you can harvest and store mason bee cocoons, and then repeat the process for leafcutter bees in the fall. Simply store the cocoons over winter and return them to their homes in spring for the next generation. You can even sell cocoons back to companies if you have plenty extra.

Tune in again soon for another bee blog!