When I’m not in the beekeeper’s suit my job here at Glensheen often sends me out as the delivery guy! A rather relaxing early afternoon of deliveries had brought me up to Thompson Hill when I got a call from Emily, our head gardener and the beekeeper boss. She says one word, “Swarm” and I nearly dropped my phone. Seconds later I was in the car wishing I had a turbo boost as I drove back to Glensheen. We had a swarm to catch! 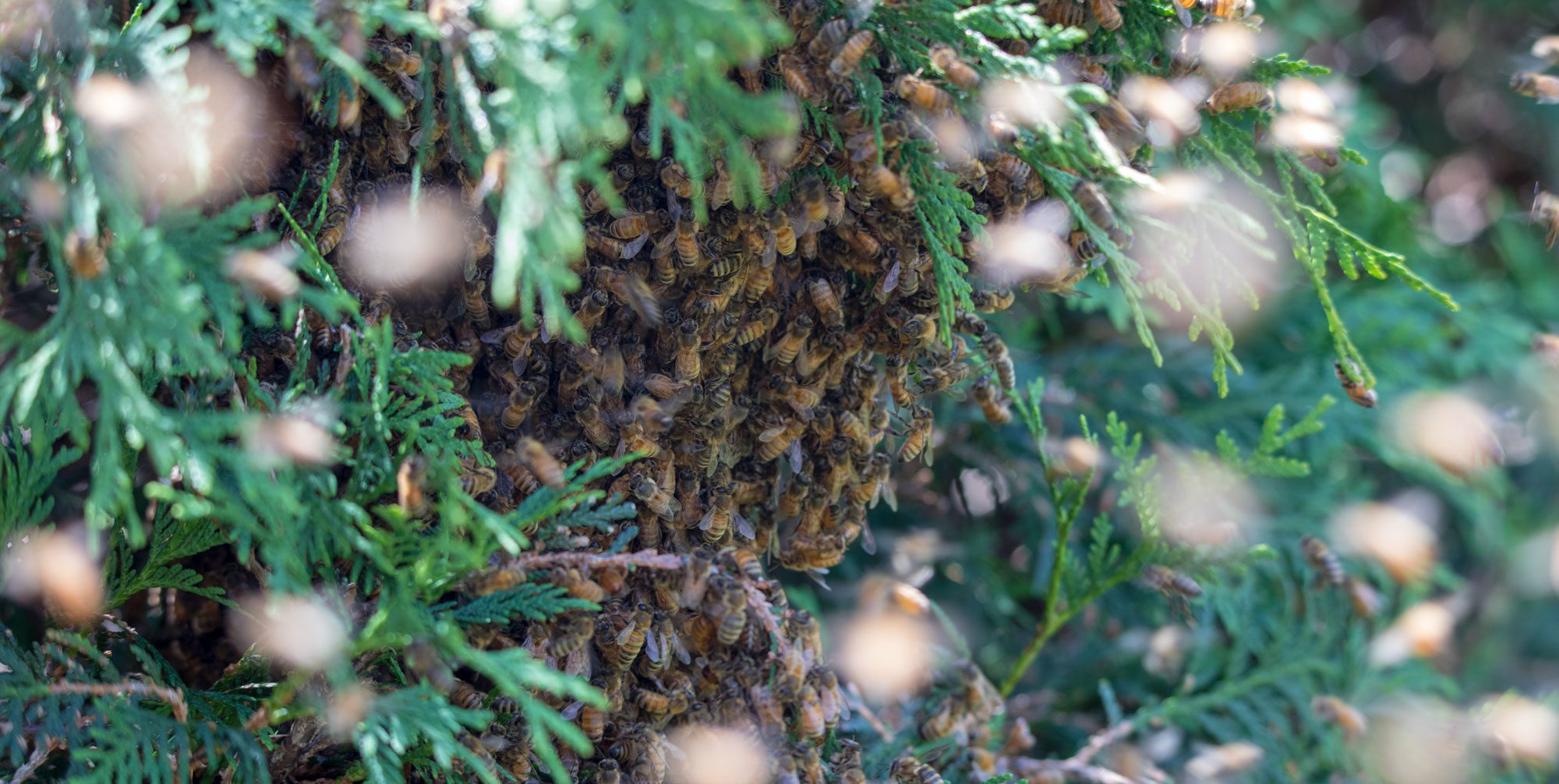 But what’s a swarm, you ask? Swarming is a natural part of honey bee behavior and is how bees produce new colonies. When a hive starts getting crowded, the worker drones will make queen cells. A queen cell is larger than a normal worker bee cell, and the queen larva is fed royal jelly indefinitely. Worker bees and drones only receive the royal jelly for their first three days.

Once a new queen has hatched, she goes around the hive getting rid of her sibling queens in a Game of Thrones-esque drama that often involves killing other queens even before they emerge from the capped comb. Around this time the original queen, A.K.A. Mom, will take a few thousand of her worker bees. The worker bees gorge on honey to act as a supply to start their new home, then cluster up around mom and fly out of the hive! 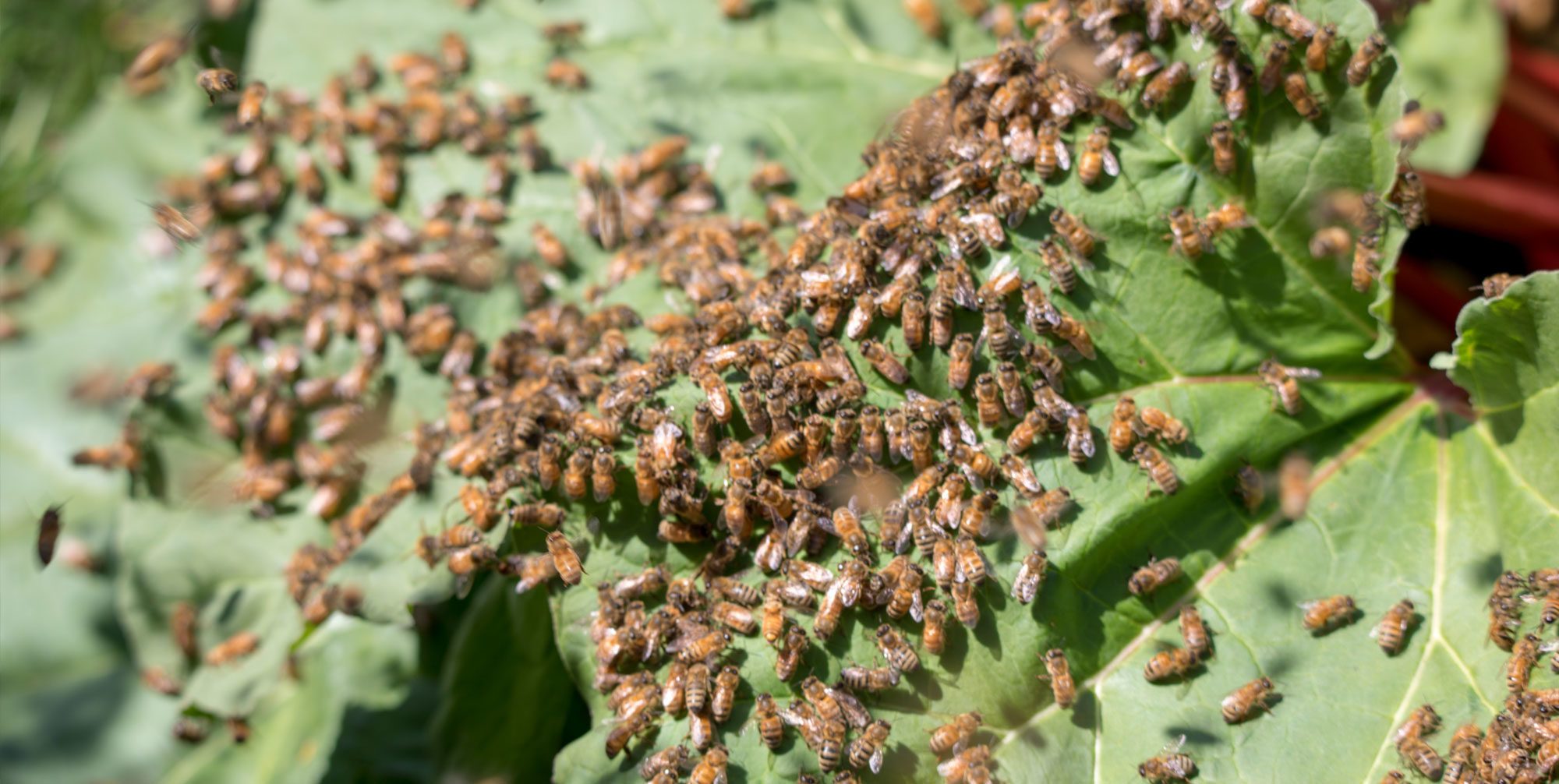 The sound of a swarming hive is something akin to a helicopter taking off, and I highly recommend finding a clip online to listen to. Once in the air the bees will settle somewhere temporarily to rest while scout bees find a new home! Lucky for us, the swarm landed in a bush about a foot off the ground so we decided to catch them! Swarming bees might look like a bumbling mass of death by stinger, but with honey or brood to protect and fully tummies of honey, the bees are incredibly docile. Some people don’t suit up for swarm catching, but we did just to be safe. 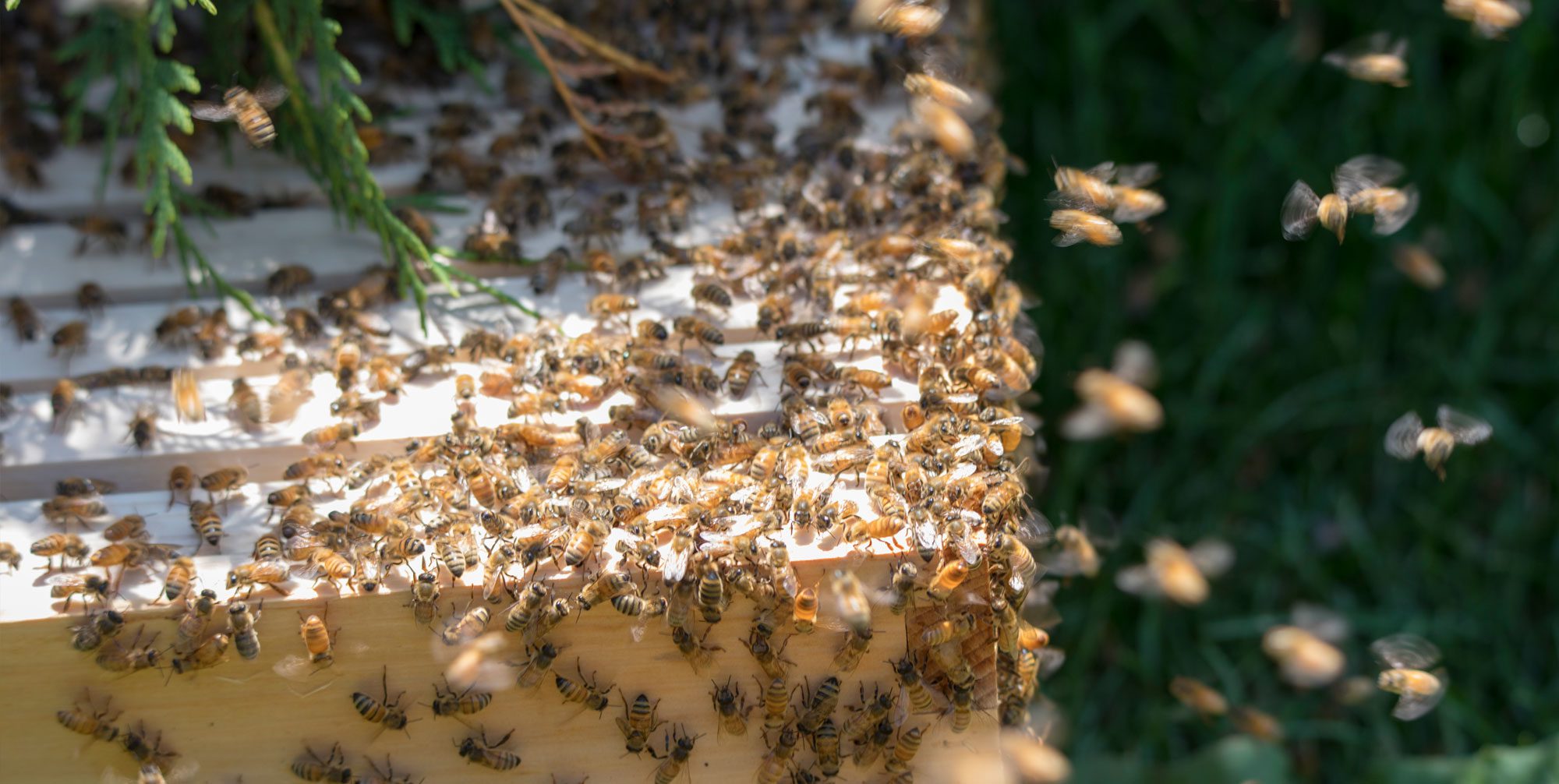 With a spare brood box handy, we gave the branch a firm shake and the bees all fell into the box. The idea here is the bees want a new home, and they’ll do great in one of our boxes so rather than waiting for the scout bees to discover a new home, we simply move them into a place. The trick is getting the queen inside. Wherever the queen is, the bees go. It took us awhile, but we were able to spot our queen and move her successfully into the hive! Which means we now have three honey bee colonies at Glensheen!