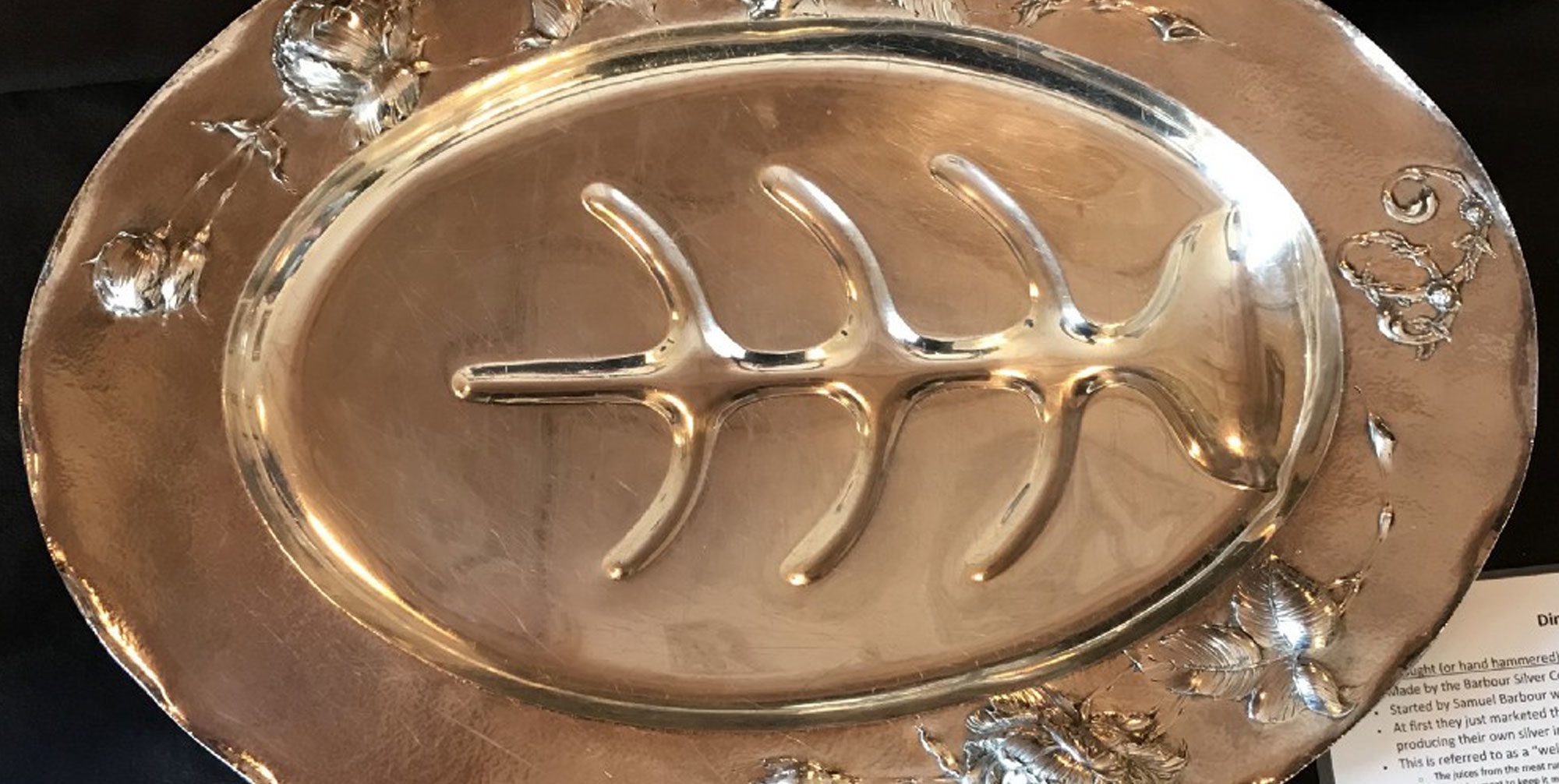 Every summer, Glensheen pulls out all the stops with things like Concerts on the Pier, Lake Superior Beach Club, and now Summer Evening Tours, to name a few. Inside the mansion is no exception. In many of the rooms we have special tables holding items the public doesn’t get to see normally.

Such as this small rifle.

This is a small gun, probably meant to be a boy’s first gun.

This one is believed to be Edward’s as it has “E C” carved into the stock. (It could have been Elisabeth’s, but not likely, as there is no evidence that she was an avid hunter or sharpshooter.) 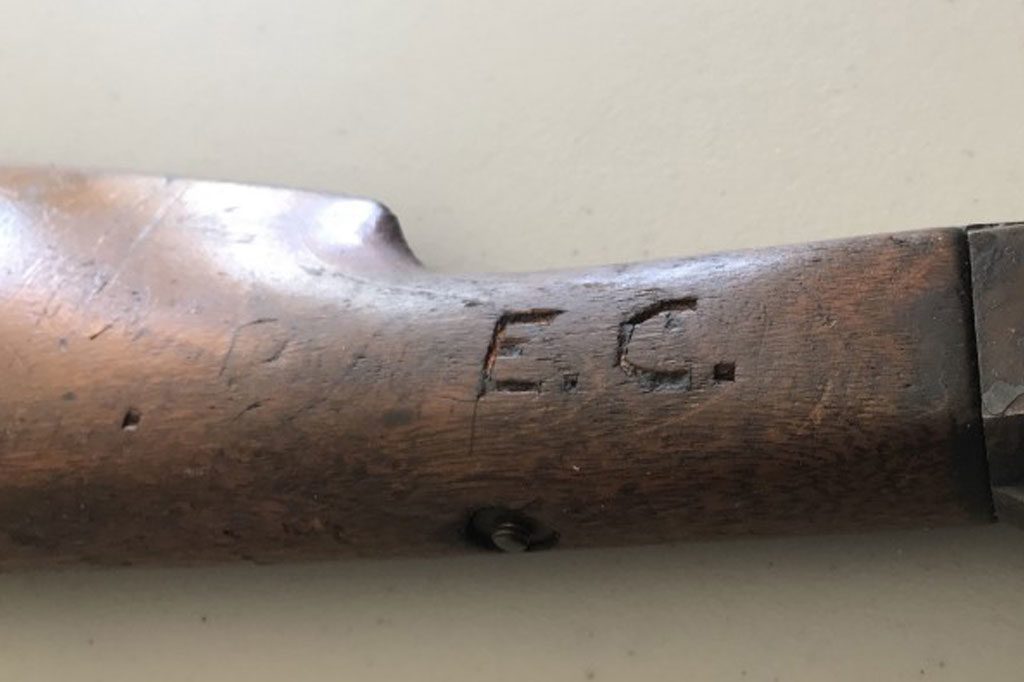 This is a small gun, probably meant to be a boy’s first gun.

This one is believed to be Edward’s as it has “E C” carved into the stock. (It could have been Elisabeth’s, but not likely, as there is no evidence that she was an avid hunter or sharpshooter.)

Of a completely different theme, in the Master Bedroom is a unique jewelry box. It’s silver and has scenes etched on all sides. This piece usually sits on the dressing table toward the back of the room and is not usually able to be seen up close.

The great thing about this object is that all the etchings are done in the likeness of popular paintings by Alonso Perez and Arturo Ricci. 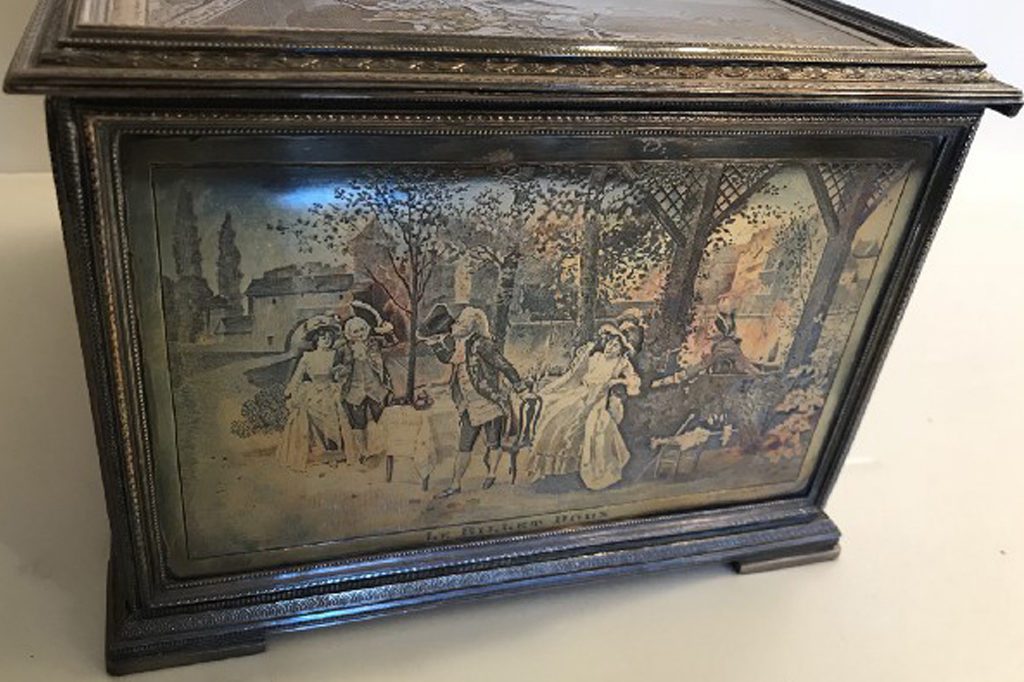 This side is titled “Le Billet Doux” meaning The Love Letter. This title was given by whomever created the box, as the original art piece was titled “A Cafe by the River.” 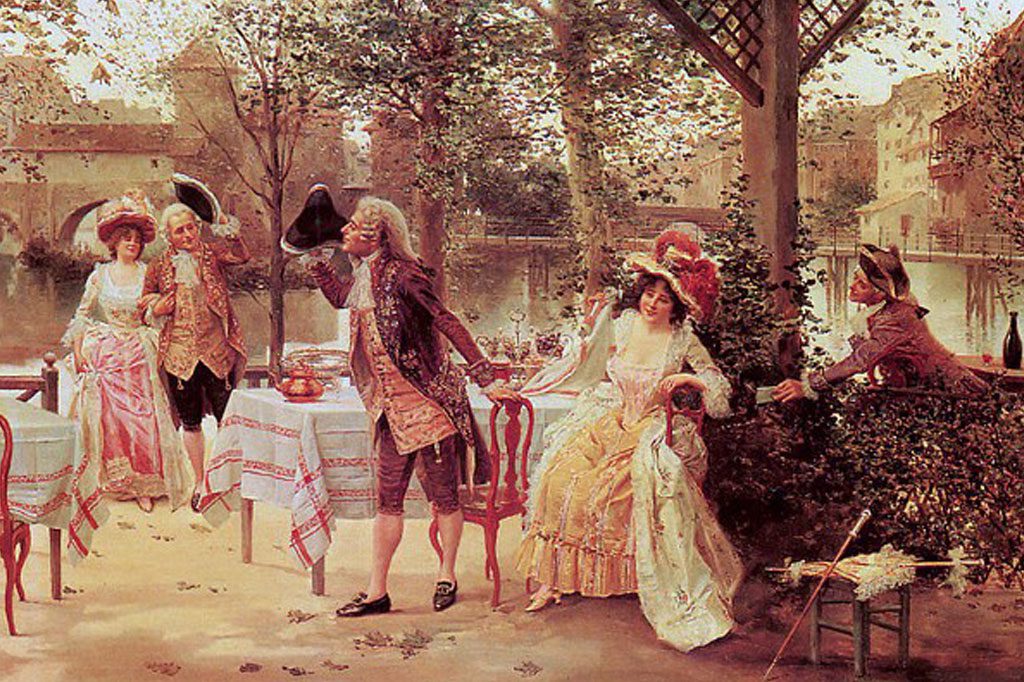 Here is the original painting done by Alonso Perez in 1895.

Note the gentleman on the right passing mademoiselle the letter.

A word of note: as you can see this silver-plated box is indeed tarnished. It isn’t that we at Glensheen don’t take care of our amazing collection. In fact, it’s just the opposite. The act of polishing, no matter how careful, is abrasive. If we polished it every time it tarnished we’d polish the silver-plating right off!

Despite popular belief, tarnish will not hurt silver. You may have heard tarnish causes pitting eventually. It’s actually the rigorous polishing done in the past that has caused those pits. The tarnish just makes them look worse.

Here’s another silver beauty. This platter is featured in the dining room, but is usually stored wrapped in an anti-tarnishing cloth called Silvercloth. 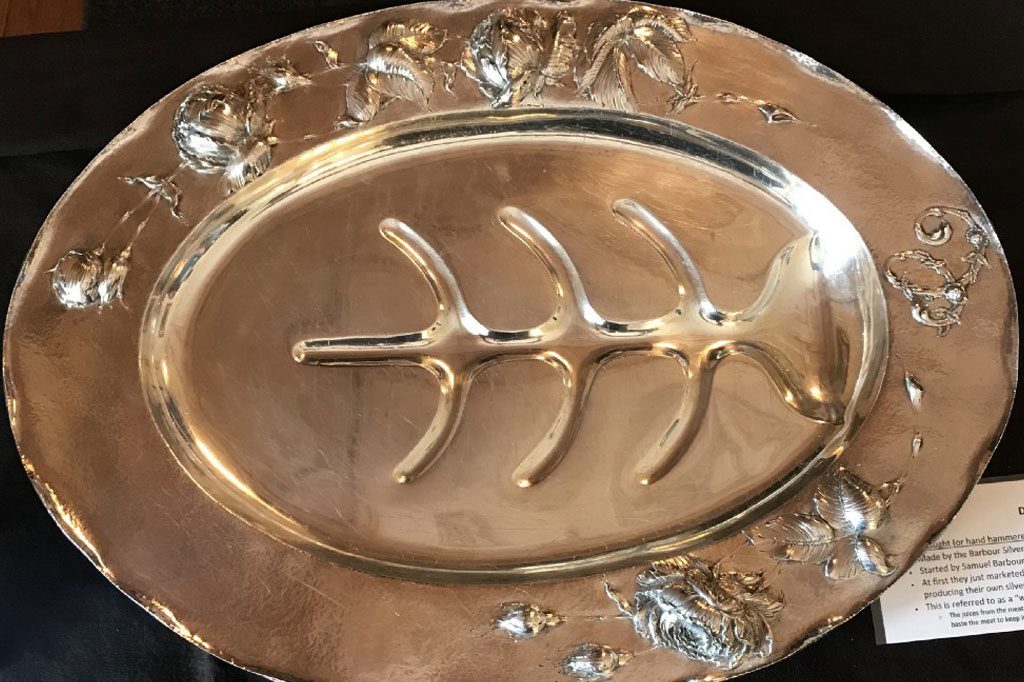 This is called a well and tree platter and is part of a large sterling silver set used by the Congdons during more formal dinners.

Every piece in this set was hand-hammered. 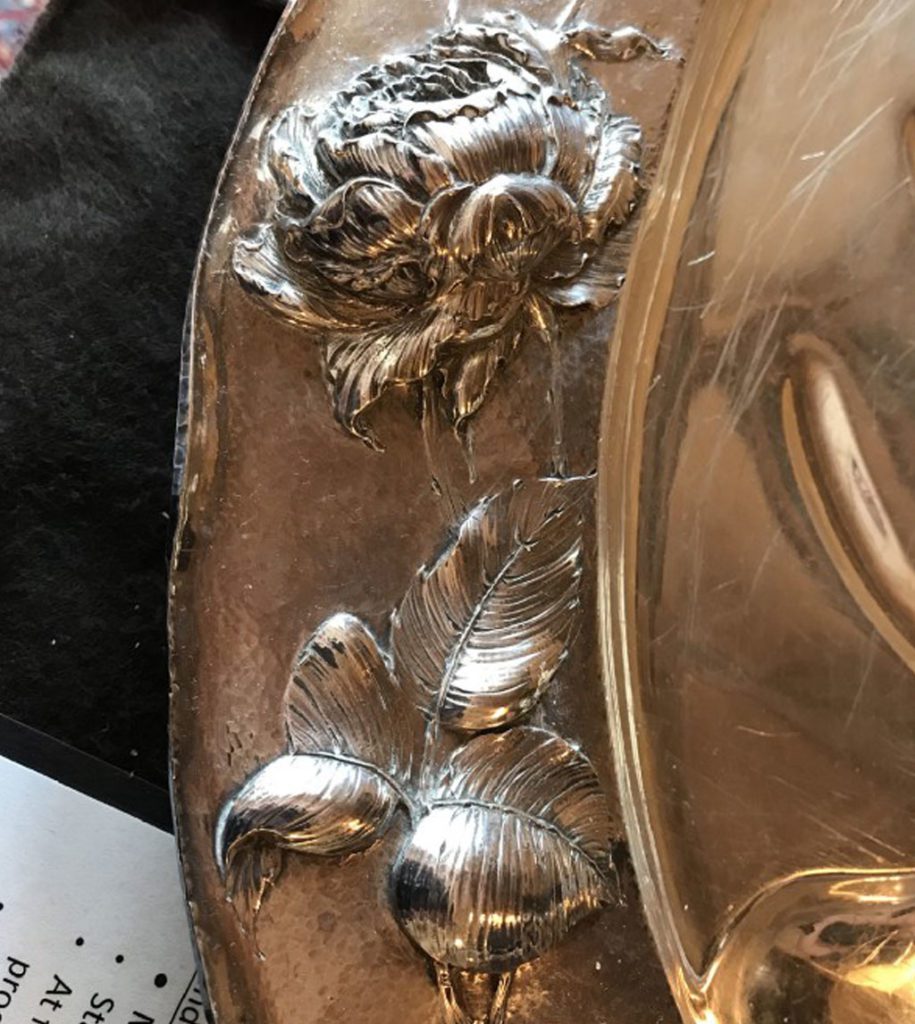 Here’s a closer picture of the amazing detail the silversmith put into this set. Each rose and leaf was hammered out from the back. Then details were added from the front.

The technique of hammering a design into silver is called “chase and repousse.” Repousse is hammering out the design from the back, and chase is making the details then on the front. You can watch a master silversmith here.

Watch for more details of other “education stations” here at Glensheen.