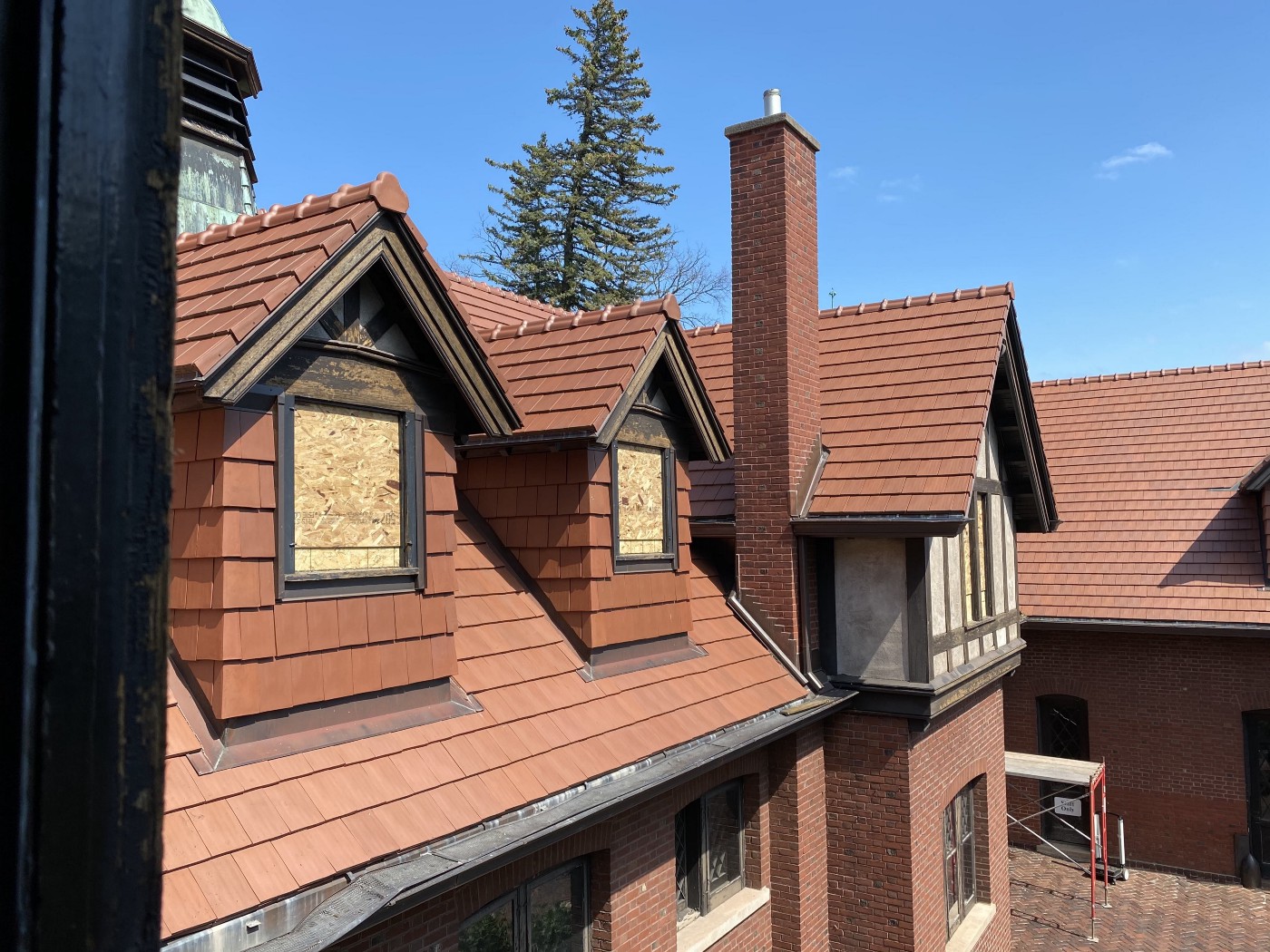 A lot has happened!

Things are really starting to shape up and some new concerns have already been taken care of.

As is true with most historic construction projects, things are found in the process. When Old World Windows was taking the windows out, they found some math written out in the frames. This may have been the math that was needed for the windows by the original carpenters over 110 year ago! Pretty cool stuff.

As of mid August, most wood has been scrapped and we are in the process of taking down all the broken and fragile stucco. As the stucco is taken down, the stucco team has begun putting back in new stucco. Also as rotten timbers are found they are being replaced. Old World Windows has been holding onto some rare Old Growth Redwood for a numbers of years and they have decided to use it for this project.

Also, in the process of taking down some of the broken stucco, one of the sections had extensive water damage throughout.

This is why we are doing this project. The quicker we get water out of the walls of the building the longer this building will last. Let’s just hope this is the worst damage we will find.

In the picture above you can see the fixed section. New framing and waterproofing has been installed. At the bottom of the section you can see the new Old Growth Redwood that has replaced the original wood.

It will be exciting to see what happens in the coming weeks.